Parents Force-feed Son Every 3 Hours To Keep Him Alive | Milaap
This is a supporting campaign. Contributions made to this campaign will go towards the main campaign. 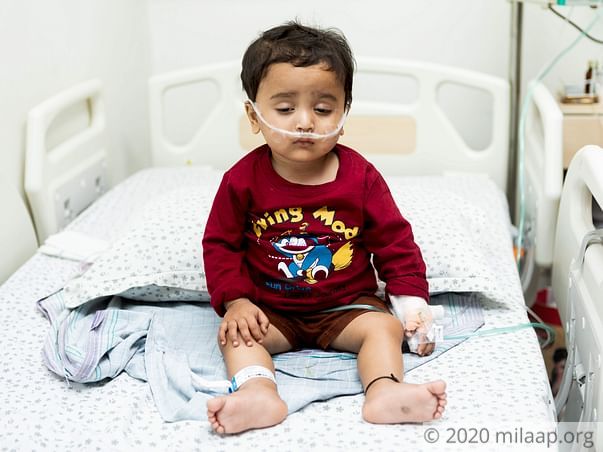 If 1-year-old Nihal skips his routine dose of cornstarch with his food every third hour, he would lose his life. Every three hours, if he stops eating, his blood sugar will fall rapidly leading to seizures or even a fatal brain damage. He needs to eat just the right amount - not less, not more. He has never had a full night's sleep in this 2 months due to a rare disease that is damaging his liver. This little boy can escape this pain and live a normal life with a liver transplant but his parents cannot afford it.

UPI: givetomalleshfunds5@yesbankltd (Copy to clipboard)
Or
Click here to read the instructions before you make a bank transfer. 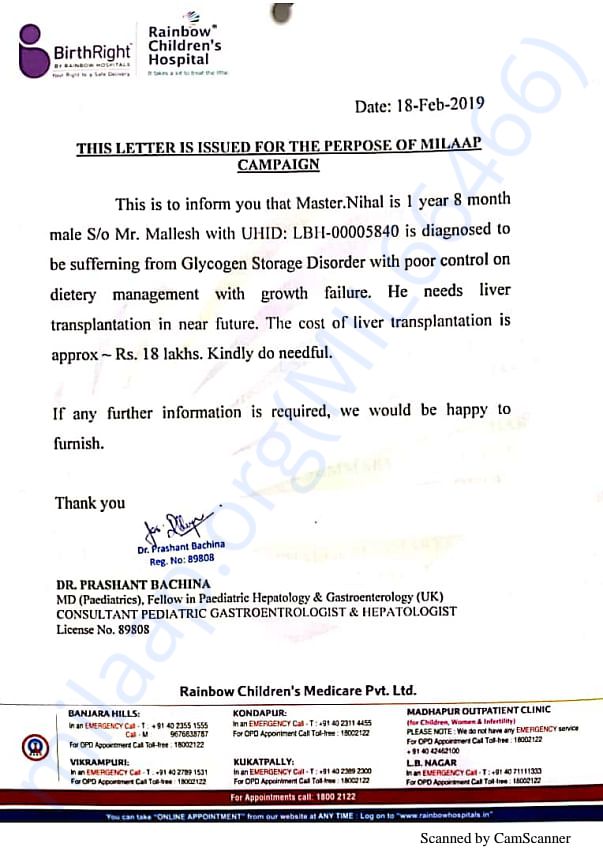 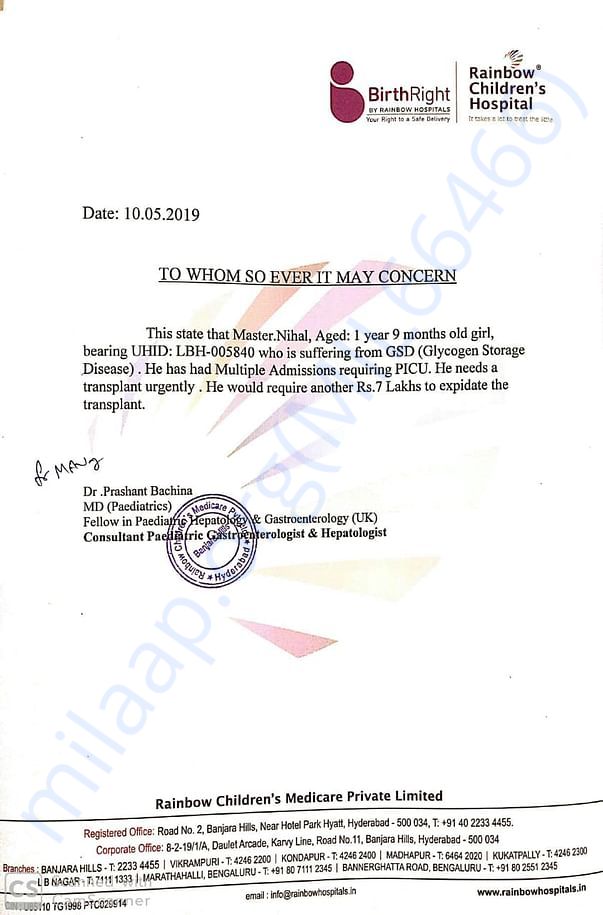 UPI: givetomalleshfunds5@yesbankltd (Copy to clipboard)
Or
Click here to read the instructions before you make a bank transfer.

Master Nihal Kumar underwent pretransplant evaluation. His mother, Mrs.Geetha intially underwent tests as donor but is not compatible so his father, Mr.Mallesh had undergone the basic tests to undergo the donor surgery.

We would like to inform you that Nihal recently got admitted for Lower Respiratory Tract Infection and viral fever for which he got discharged few days back. The doctors have scheduled an appointment after 15 days and they will then decide the transplant date and further course of treatment.

We wish him a speedy recovery and request you all to continue supporting him.

Nihal is under doctor's supervision and under medication. Later this month, they are going to fix a date for his surgery. We shall keep you posted on this.

You are sending a message to
Sweta Kothari
Go back 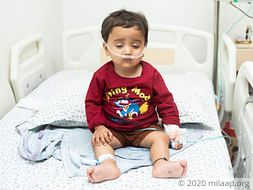