Nameless's online fundraiser for Education | Milaap
This campaign has stopped and can no longer accept donations.
Fundraising to build a school in Dashrath Manjhi's village. Support the #MountainManProject
play_circle_filled
75%
Raised
Rs.11,26,634
of Rs.15,00,000
465 supporters

“All I want is a road, a school, and a hospital for our people. They work so hard. It will help the women and children in our village. ”   - Dashrath Manjhi, Mountain Man

THE MAN WHO MOVED A MOUNTAIN
This is the story of an ordinary man. He was among India’s poorest of poor. He decided, if those in power would not help his people, he would. This is a man who believed in the Do-It-Yourself spirit! Without pausing for a thought, he went ahead and did just that with his bare hands. This is the story of Dashrath Manjhi: the man who moved a mountain, so his people could have access to amenities like hospitals, schools and jobs in the nearest town.

It was 1960. Landless laborers, the Musahars lived amid rocky terrain in the remote Atri block of Gaya, Bihar, in northern India. In the hamlet of Gehlour, they were regarded as the lowest in a caste-ridden society, and were denied basics: water supply, electricity, a school, a medical center. A 300- foot tall mountain loomed between them and civilization. 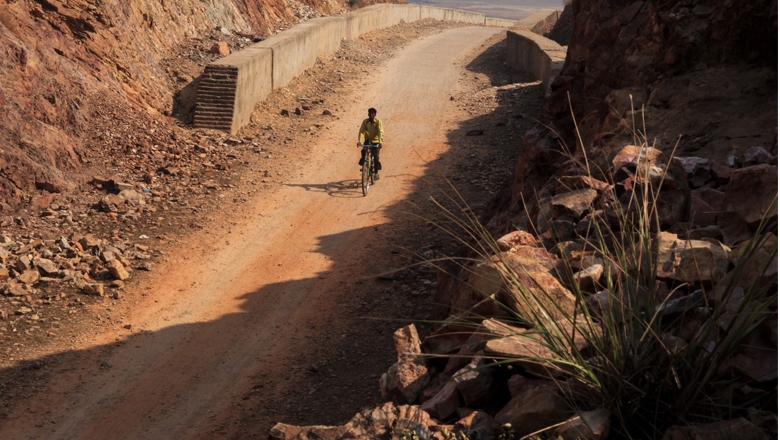 Like all the Musahar men, Dashrath Manjhi, worked on the  other side of the mountain. As they had no road, the trek took hours over the mountain. Dashrath tilled fields for a landlord on the other side. He would quarry stone. He soon sold his goats and bought a hammer, chisel, and crowbars. He then climbed to the top and started chipping away at the mountain. 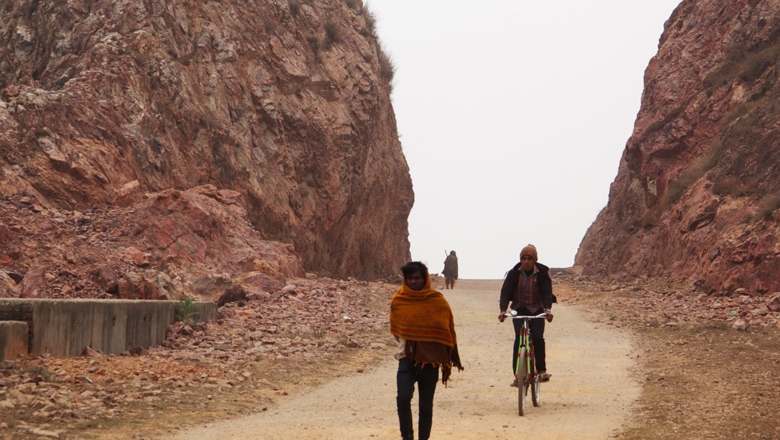 HE CUT THROUGH THE MOUNTAIN WITH JUST A HAMMER, A CHISEL, AND CROWBARS 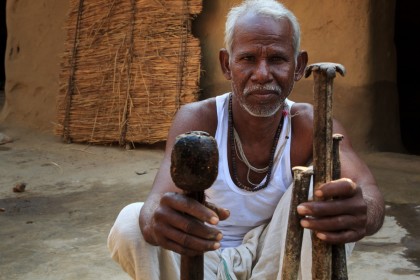 After 22 years, Dashrath Das Manjhi, the outcast landless laborer had conquered the mountain: he had carved out a road that was 360 feet long, 30 feet wide. Wazirganj, with its doctors, jobs, and school, was now only 5 kilometers away. People from 60 villages in Atri could use his road. Children had to walk only 3 kilometers to reach school. Grateful, they began to call him ‘Baba’, the revered man. Crowdfunding India, Milaap.
His community was regarded as the lowest of the low, in a caste-ridden society, and were denied basics - water supply, electricity, a school, a medical center.  A 300- foot tall mountain loomed between them and civilization.

But Dashrath did not stop there. He began knocking on doors, asking for the road to be tarred, to be connected to the main road. He walked along the railway line all the way to New Delhi, the capital. He submitted a petition there, for his road, for a hospital, a school, and water for his people,
The government rewarded his efforts with an award, But Manjhi returned it.  “I do not care for these awards, this fame, the money,” he said.
On August 17, 2007, Dashrath Manjhi, lost his battle with cancer. Everything that he had done was for no personal gain. “I started this work out of love for my wife but continued it for my people. If I did not, no one would.” Manjhi’s words reflect the reality of our country.

NOW, IT'S YOUR TURN

Manjhi’s legacy, his inspiration, should not die with him. It should live on among the millions of us who are facing challenges, fighting battles and witnessing problems.

Despite all these efforts by Manjhi, people in his village continue to live in utter poverty, with no school of their own - a hope that Manjhi had always strived hard towards. 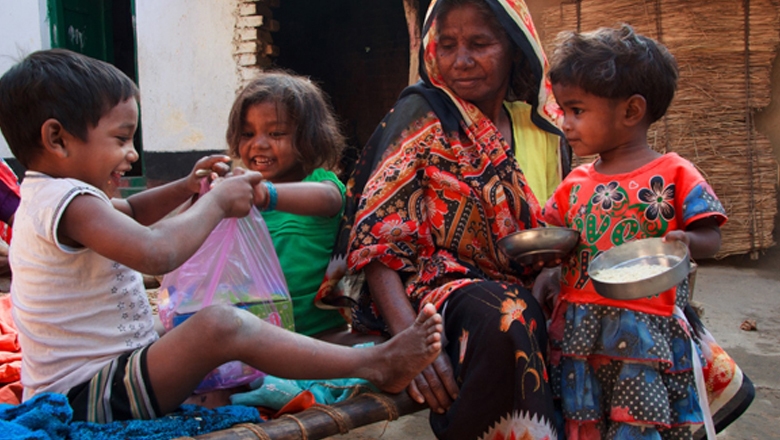 At Milaap, we are working with the Dashrath Manjhi Trust to  build a school for the children of Gehlour village.
The school would not only educate the young but would also conduct an employment training school to help local youth to earn their living.
We are rallying to raise  funds to build a school in Manjhi's village that will empower the children - they will have better opportunities beyond the hard labor or unemployment  they endure.
Your contribution will help us educate one child in  Manjhi's village. We are rallying funds to educate more than 1000 children in Manjhi's village through this campaign. Your support matters - each and every contribution would help the families and their children who have  been economically backward and deprived for decades.  It’s time to pick up the hammer ourselves and make Manjhi's dream of building a school in his village come true.
It will help them to carve their own progress, create their own jobs, and build their own opportunities. Once the funds are disbursed to Manjhi's trust to build this school, we will send you an update on how the funds were utilized and the impact your contribution has made!