Father Lost Job While Trying To Save Son From Deadly Heart Disease | Milaap
This is a supporting campaign. Contributions made to this campaign will go towards the main campaign.
Milaap will not charge any fee on your donation to this campaign. 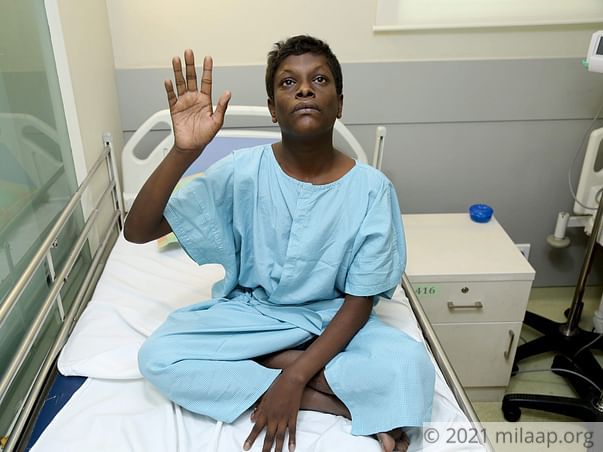 The world that this 14-year-old has known has been filled with pain, suffering and mockery because of his heart disease. He lives an isolated life and spends his day at home waiting for his father to come back. Mohammad Afrin was asked to leave school in 4th grade because he was a slow learner and his teachers found it difficult to teach him. His parents did not give up, they tried their best to keep his confidence intact and promised that he can go back to school after he gets well. Unfortunately, going to school and living a normal life has become a distant dream for him.

A few weeks ago, his condition became worse and he almost became unconscious. His father took him to Chennai and when he came back, he was let go from his job for taking leave. Now, the poor family is devastated and have lost all hope. Your contribution can help them regain their hope and give this boy a peaceful life.

Despite having two surgeries, his condition did not improve

Mohammad Afrin is the youngest child of Ahad and Marjan. As a child, he was pampered by everyone, especially by his two elder sisters Shammera and  Rajeetha. Unfortunately, their happiness came to a standstill when they noticed that his developmental milestones were delayed. He did not start walking until he was 4 and he picked up words very late.  Worried parents took him to several hospitals but they could not find what was wrong with him. Suddenly, he had a severe cold and breathing trouble, when they took him to the hospital in Ramanathapuram district, Tamil Nadu, they found that he has a heart disease.


"He had his first surgery in 2004, followed by another surgery in 2009. His suffering seems to be endless. He was normal only for few months after the surgery, then he fell sick again. He gets tired easily. He used to cry a lot and asks us why he is not able to study and play like other children. People make fun of him and call him by names." -  Ahad, father

While Afrin's sisters and Mother are busy with household work all day, he waits for his father to come back and listen to his stories. He often says to his father, "Appa, one day I'll also go for work like you and take care of Amma and Akka." Two weeks ago, Afrin got up from his bed and before he could take two steps, he fainted. The doctors said he needs an urgent surgery because there's an abnormality in his heart's ability to pump blood.

He believes strongly that this surgery will take away all his pain and give him a new life. But the poor boy does not know that the cost of the surgery is beyond his father's means.

Ahad is already in huge debt and he hasn't been able to pay back the money that he had borrowed for the last 2 surgeries. He was working in a small grocery shop and was earning Rs 150 per day. Even affording 3 square meals is a struggle for him but he's determined to do anything to get his son treated. He needs 5 lakh for the surgery which is beyond his means. He had some hope that his owner would help him, but he was devastated to know that he had lost his job.

"My son does not know that I have lost my job. Every morning I leave early in search of job and go back late at the night. I don't know what I can do. My wife and daughters are crying everyday and begging me to save him. It has been days since we had proper meal and good sleep." - Ahad

You Can Help Afrin Get A Heart Surgery

Doctors have said that Afrin has a good chance of recovery and any further delay will make it irreparable or worse, even turn fatal.  He has hardly seen the world outside and he has been confined to the four walls of his house. Heart disease has stunted his growth and only a surgery can help him live a normal life. His father has nothing left with him and with no job at hand and is desperately waiting for help. 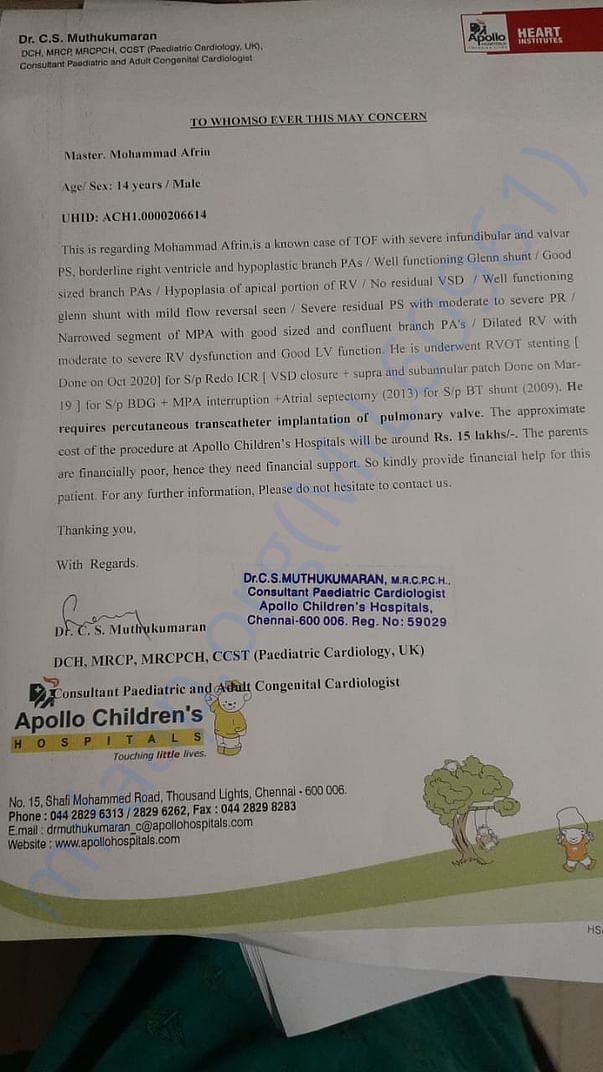 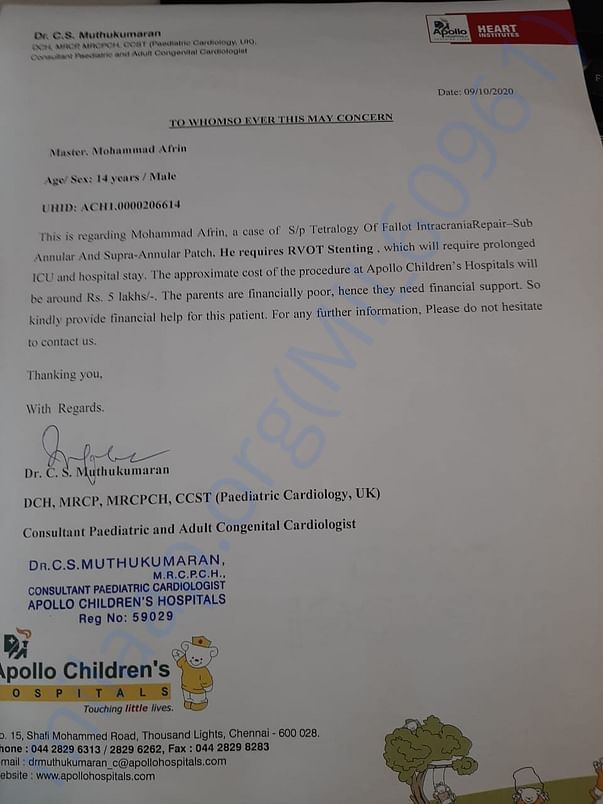 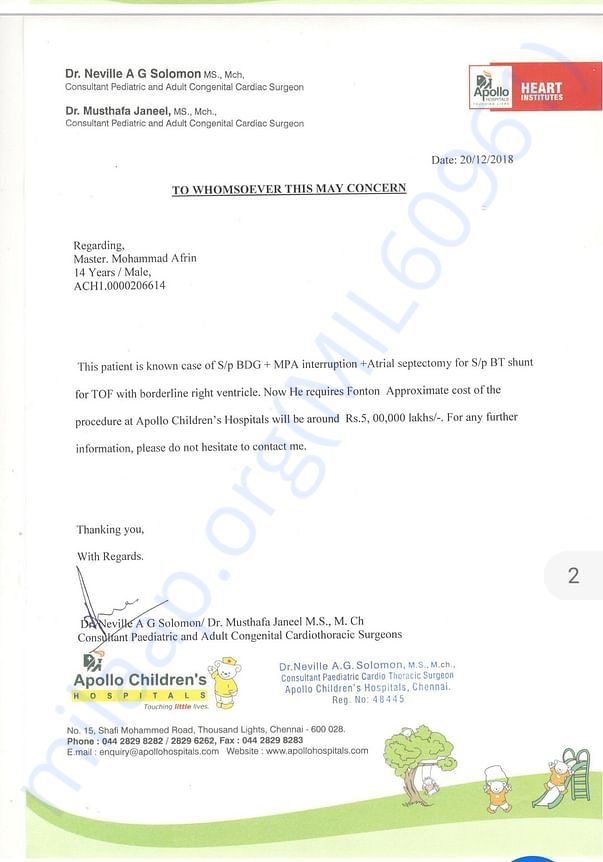 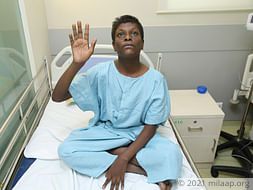