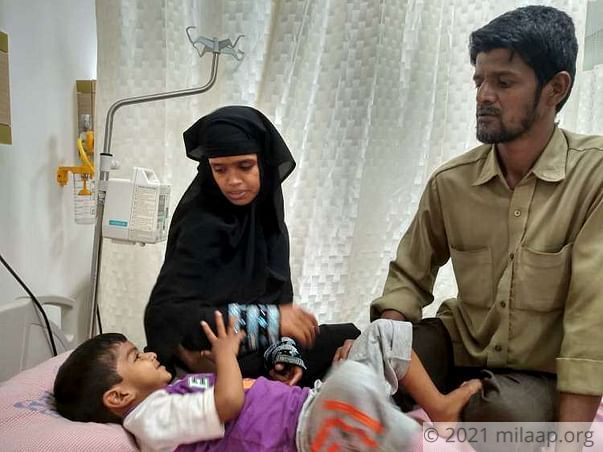 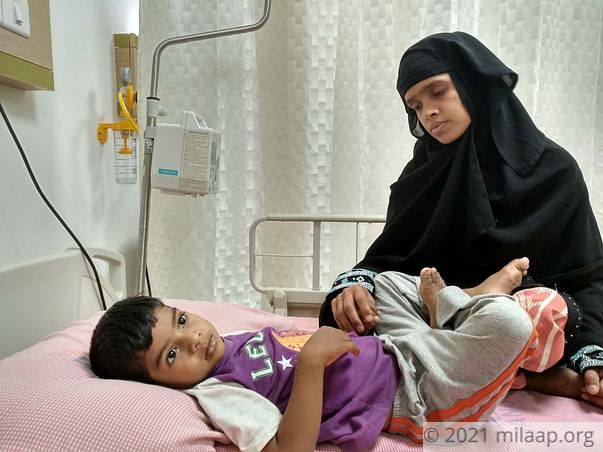 Previous Next
After 11 years of having our first child, we welcomed our 3-year-old bundle of joy, Arman. But soon after his birth, we knew something was not right with him. Before we could cherish his birth, he was in the ICU.

I drive an auto on the roads of Bangalore. Somedays I earn and on other days there’s hardly any income.

However, I earned enough to suffice two square meals a day for my family. My wife, Nagina, somehow manages the needs of the house and our kids.

He was not even a day old when Arman started suffering

When Arman was born, he didn’t even move. I felt that our baby was dead. But luckily, he had some problem and was moved to the ICU immediately. He was kept in the ICU for about a month.

Doctors told us that he was born with a dangerous disease called congenital hyperinsulinemic hypoglycemia. This is a condition which results in low sugar levels which can be life taking.

Right from his birth, my little baby has been suffering so much. The worse part is that the suffering is long-term and will not go away easily.

He used to be tired to the extent that he couldn’t even be breast-fed properly. He didn’t have the minimum energy to drink his mother’s milk. He is growing weak and feeble.

His mere survival causes him so much pain

My little boy hasn’t been able to go to school. He is in the age to explore the world and play around. But he is too tired and in pain to do anything. He takes insulin injections four times a day and has to go for a check-up every 15 days.

He cries almost all the time and is irritated. He suffers from a stomach ache as soon as he wakes up every day. It is painful to see him struggle to live.

At the age of just 1.5 years, the medicines that he took, started reacting on his body. He had too much hair grown all over his body.

We had to stop his medicine dosage for a prolonged period of time. This increased his pain even more. The injection dosage was increased to a great extent.

I don’t know how much I have spent until now. Every month I end up spending Rs 30,000 to Rs 40,000 every month for Arman's medicines and injections alone.

I have to spend the amount I don’t even earn. All the savings that I had made in the span of 11 years is exhausted now.

We have stayed in Bangalore all our lives. Even this city seems costly now. Paying the medical bills is not the only thing that I have to worry about.

My elder daughter, Tasin, is 13 years old and goes to school. We live in a rented house. My landlord is kind enough that on extremely troubled months he agrees to adjust the rent later.

My entire family is struggling

I spend the entire day driving the auto. I work for extended hours to get as much extra income I can. But it is my wife, Nagina, who takes care of Arman. These troubled 3 years has taken a huge toll on her health. She doesn’t eat or sleep properly. She is going on losing weight and is gradually falling sick. She doesn’t let Arman go away from her sight even for a second. She is scared that letting him away from her sight means losing him forever.

Tasin is at a tender age where she wants to explore everything. But our disturbed household is ruining her growth process. As a father, it is painful to see my adolescent daughter go through the mental turbulence of which I am unable to bring a solution. I don’t know how to manage so many things at one go.

Since Arman’s birth, I have spent so much. I don’t even have relatives who can help me with funds in the difficult times. I have exhausted all that I had, and have nothing else to save my child.

There are days when I have to spend my entire day in the hospital. It hampers 1 productive day, which means I have lost on a day’s income and for a poor man like me that is a huge loss.

I have not just exhausted the money that we had, but also exhausted all the resources that we had to borrow money from to save Arman’s life. The money required to save my little son is as high as Rs 5,40,000 which is impossible for me to arrange. WIthout the treatment, he will get back to where we started from and will succumb to his illness.

Your support will save Arman's life. 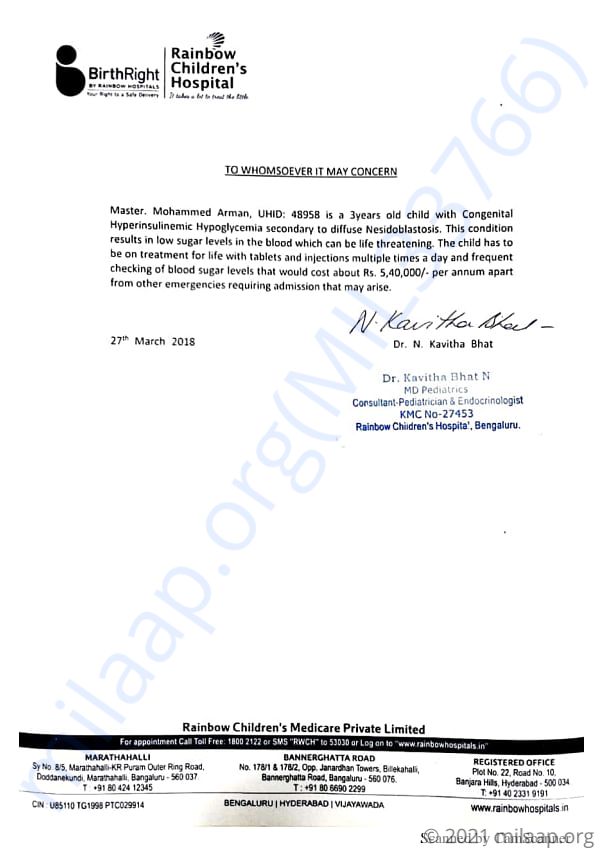 Thank you for your love and Support.

The child is being treated on a new drug to manage his sugar level from dropping low.  He is doing ok and responding slowly to the treatment. We shall keep you posted.

Scan & donate with any app
check_circle_outline Download payment receipt
Report fundraiser
Know someone in need of funds for a medical emergency? Refer to us
Rs.62,296 raised

May Allah cure him very soon

We pray for his speedy recovery

May Allah cure him very soon

We pray for his speedy recovery 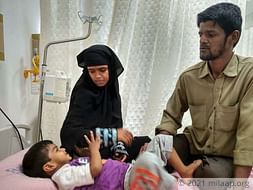