Make Love Not Scars's online fundraiser for Human Rights | Milaap
This campaign has stopped and can no longer accept donations.
We are fundraising to help build a rehabilitation center for acid attack survivors!
play_circle_filled 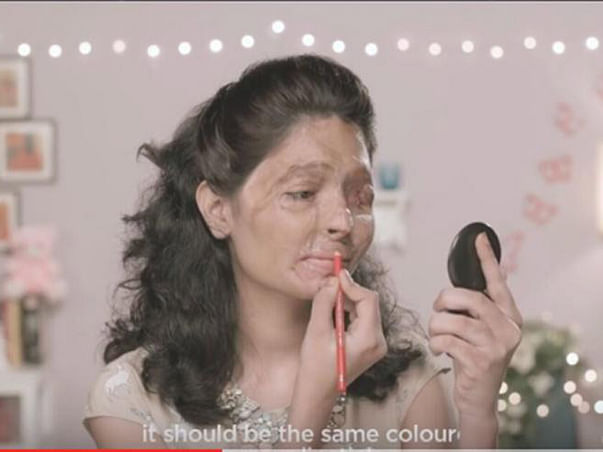 Make Love Not Scars, now a registered NGO, began as an idea for a documentary one year ago. The concept was simple - we wanted to make a documentary to give a voice to acid attack survivors, specifically in India. While making this documentary we discovered that there were too many acid attack survivors who had fallen through the cracks because they were not able to seek the attention they desperately required and most importantly deserved as victims of violence.
It was then that a team of young individuals was eagerly formed to obtain justice and provide support for these survivors through intervention and rehabilitation. During the making of the documentary, we helped many women. This was enough motivation to set up an organisation. Since existing (or rather, non-existent) safety nets were not in place to help the survivors, we decided to become a safety net for them.
MLNS was born with the aim to be a source of support for victims of acid attacks, regardless of their gender, socioeconomic status, culture or religion.
MLNS operates in three core areas:
a) To identify cases of acid attacks and any other of gender-based violence, to help provide the emergency medical and legal assistance required.
b) To support the rehabilitation of survivors of acid attacks and other forms of gender-based violence (including burning and rape) through need-based training and assistance for stable employment.
c) To actively work with the government and non-governmental organisations, the media and other social institutions to campaign against acid attacks and other forms of gender-based violence to help bring a “new normal” in society, where such acts are seen as archaic and condemnable.
So far, MLNS have helped 35 survivors. An example of the work we do is shown in the video above, which is the most recent campaign featuring one of our survivors, Reshma. It is an ongoing petition to end acid sale in India.
This campaign has already received over 2, 00, 000 signatures with a combined global viewership of 1.3 million.
Currently, MLNS operates on these three strategies without a physical space or office where team members can come together. Team meetings, discussions, organisational planning and case management of our increasing number of survivors are all done with other modes of telecommunication and social media.
Rehabilitation Center
The dream of creating a rehabilitation center will provide a safe haven and an efficient support system for acid attack survivors. It is aimed at being a life coping center and starting phase for the survivors to re-introduce themselves to the world. Various educational and creative classes will be set up, tailored specifically to the individuals needs, for example Brail classes for the blind, computer, music and beauty classes. All of these lessons will be a big step forward for the survivors to open up, gain confidence, explore their own talents and obtain necessary skills for further employment opportunities.
The center will also be a space from which MLNS can run day-to-day operations more seamlessly and efficiently. It will be a contact point for different stake-holders such as acid attack survivors, legal experts, psychological counsellors and volunteers. This collaboration will allow a safe environment for the acid attack survivors to rebuild themselves and get the necessary attention they need. This space will also act as a meeting point for survivors who prefer to approach us and meet us face-to-face in their attempts to seek support or a listening ear from one of our team members. This is crucial for the psychological well-being of the survivors.
Medical support is a priority as acid attack survivors require continuous medical treatment, surgeries and care for several years. Many need immediate attention because they are at danger of losing their eye-vision. As a result of the attack and physical trauma, the survivors undergo an unbearable amount of psychological trauma as well. Their state of mind can become imbalanced, especially in India where there is almost negligible support for depressed and mentally unsound patients. This is why medical and psychological support is desperately needed by the survivors, which is what the ultimate aim of our organisation is, to empower the survivors and give them the confidence to stand on their own feet.
Therefore the money raised will be used for any necessary medical treatments, legal fees, counselling support and educational needs that will be a stepping stone into society. Most importantly, the rehabilitation centre will be a safe haven that will provide a platform for the survivors to rebuild themselves.
The center will be set up in Delhi and will be the first of its kind. All acid attack survivors are welcome, currently 15-20 survivors.
To know where the raised funds will be spent, please refer to the table below which covers an approximate budget for a one year working model.

* Our fundraising target is less than the total amount required, however the remainder of 494, 000 will be funded by a private sponsor.

Any donation, in any currency, small or big will help create a safe haven for the acid attack survivors. We need your help! :)
For more information, please feel free to contact us (info@makelovenotscars.org).