MG CHANGEMAKERS | Milaap
This campaign has stopped and can no longer accept donations. 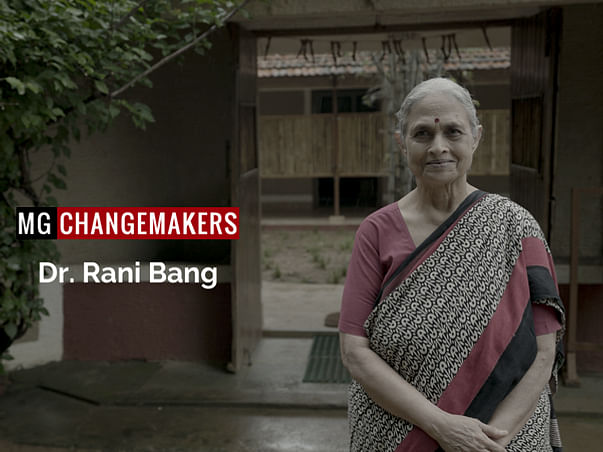 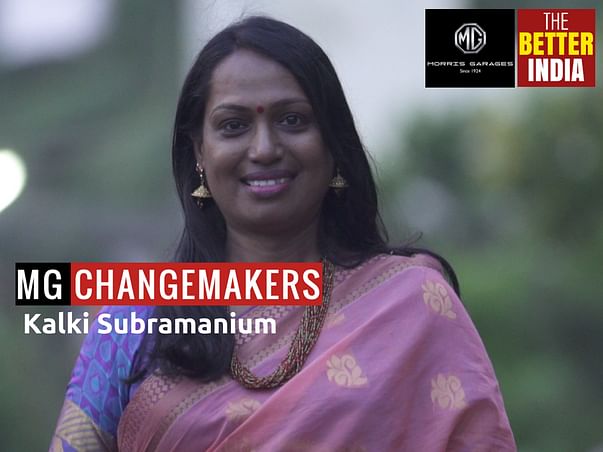 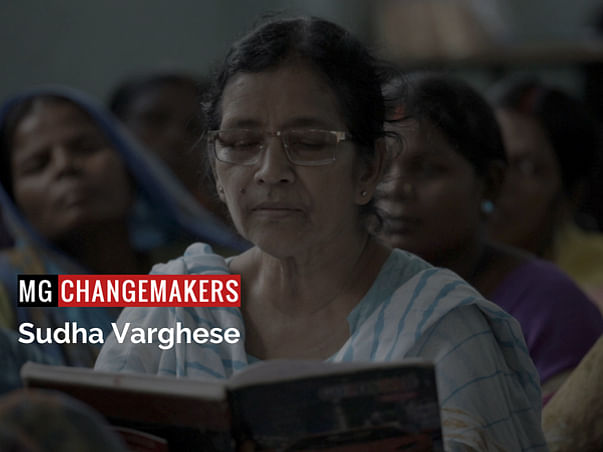 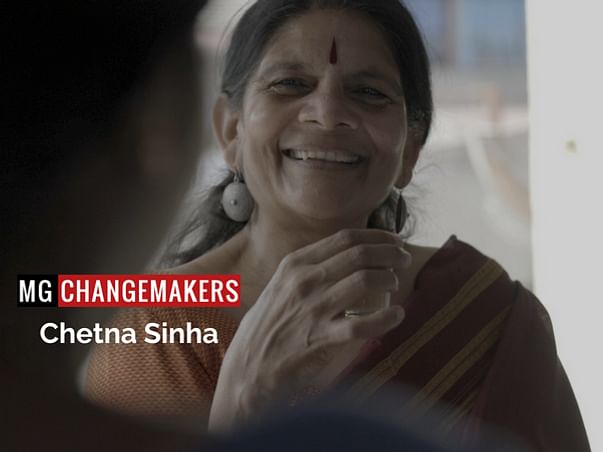 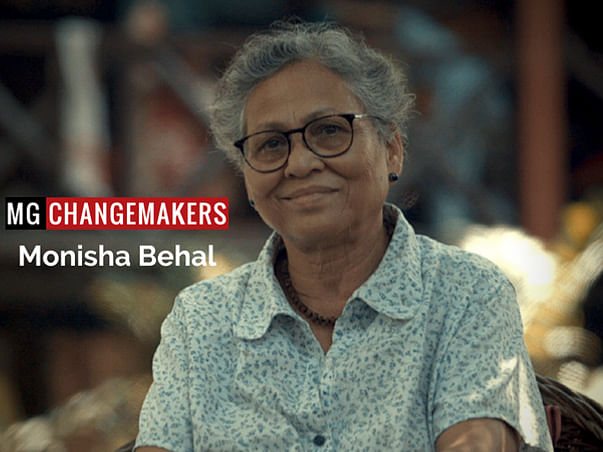 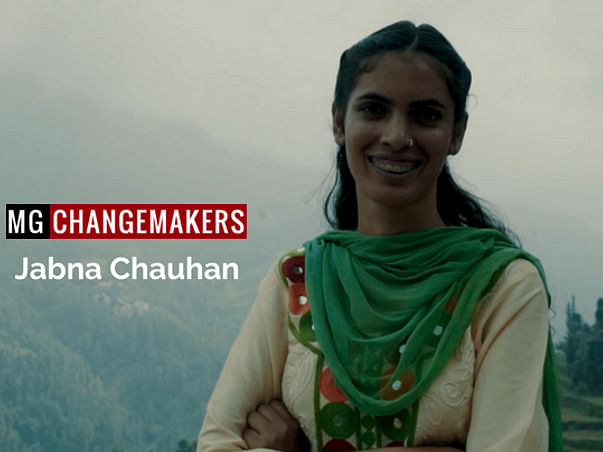 Previous Next
MG Changemakers is a series that aims to recognize India’s women who are breaking a new ground every day, and making a difference in the lives of countless others through sheer courage, determination and grit & driving India into the future.
Episode 6: Giving Life A Chance is dedicated to efforts of Dr Rani Bang and her husband, Dr Abhay Bang,  who dedicated their lives to the social and educational upliftment of the lowest of the low, in Maharashtra’s tribal district of Gadchiroli.
The Padma Shri winning couple returned from the United States to serve their Karmabhoomi, set up a grassroots health organisation, SEARCH (Society for Education, Action & Research in Community Health), in 1986. It was their extensive health surveys in the villages that helped them discover that 92% of women in these villages had gynaecological disorders, a majority of which were STD-related.

Their ground-breaking research on how pneumonia and not diarrhoea, was the principal cause of under-five mortality shook the World Health Organisation and made it change its drug manufacture strategy. Their papers were published in the internationally acclaimed journal, Lancet, which honoured them as "the pioneers of healthcare in rural India".

Episode 5: THE YOUNG GAMECHANGER is dedicated to Jabna Chauhan became is one of the youngest Sarpanch in India.
The daughter of a farmer from the Thajun village located in the Mandi district of Himachal Pradesh, Jabna overcame poverty and deep-seated patriarchy to run the affairs of her village.
In 2016, when it was time for the Panchayat elections, the entire village asked Jabna to file her nomination. She was just 22 at the time, and unsure about the move. However, she soon realised that this was the opportunity to do something for the betterment of her village. On January 1, 2016, at the age of 22, Jabna was elected as the Pradhan of Thajun and became the youngest Sarpanch of India.
Her extensive efforts in the area of effective waste management, repairing roads into the villages and setting up street lights have also earned her praise.

A landmark achievement had been when after eight years of struggle, the women in the village were finally granted equal pay as men in unskilled farm labour by the village council in 2014 and two years later, two women were inducted as members in the Enhulumi village council.

Taking the spirit of women empowerment even further, Behal flagged off Chizami Weaves, a decentralised livelihood project to create sustainable livelihood opportunities for the marginalised women in the district as well as preserve the unique textile tradition of Nagaland.
Episode 3: EVERY RUPEE COUNTS | Driving India Into Future
Mann Deshi Bank started by Chetna Sinha in 1997, the bank has eight branches which reach out to over 300,000 women through 140 field facilitators. Chetna says, “Mann Deshi is not just a bank. We aim to meet the needs of these women and also empower them to become stronger personalities.”
With Rs 15 Loans, She Is Helping Over 200,000 Rural Women Achieve Their Dreams!
The bank also provides doorstep services to those who cannot visit the bank. “In various cases, women can’t reach the bank. So we thought why not take the bank to them?” asks Chetna.

From empowering women to making them more confident and self-dependent, Mann Deshi has played a crucial role in the lives of rural women. Had it not been a strong determination and never-give-up attitude of Chetna, this wouldn’t have been possible.
Episode 2: THE 21-YEAR JOURNEY OF CHANGE is dedicated to Padma Shri award winner, Sudha Varghese.

In 1987, she launched Nari Gunjan, a non-profit organisation helping Dalit women become aware of and access their rights. In 2005 she established an all-girls residential school named Prerna on the outskirts of Danapur, Patna. It was designed to pull girls out of farm labour, ensuring that they receive an education. Impressed, Chief Minister Nitish Kumar asked her to open a second branch in Gaya.

Currently, the 3,000 students enrolled in both the schools are first-generation learners. In addition, her non-profit also enabled young village girls and boys from the community to excel in sports, music, dance and art, as a result of which they have performed across different competitions in India and abroad.

Her NGO, Nari Gunjan is active in five districts of Bihar and works through 850 Self-Help Groups, which run anganwadis, school dropout and adult education programmes.

First Episode : Transforming Lives With A Paintbrush is dedicated to Kalki Subramaniam, an inspiration not only to the transgender community but to the society as a whole.  Her transformation to become who she is today was full of struggles, especially because she felt stuck in her own body.
But Kalki wasn’t the only one. Several individuals face the same backlash  and witness similar physical, psychological, economic and social abuse. As a part of her journey as a  changemaker, Kalki is empowering the transgender community. She is using art as a medium to transform the lives of many at the Sahodari Foundation Centre for Education, Arts and Media, which is also a safe space that gives them a chance to live a dignified life.
Sahodari welcomes funders to support their project initiatives. Join in on Kalki’s journey and show her your support and do your part in helping the community achieve their dreams.
Watch her video story above.
Stay tuned as we unravel the story of India's most inspiring women every week! This fundraiser is for all 6 women part of the MG Changemakers series. All funds raised will be equally divided between them. Click here to know more about #MGChangemakers - https://www.thebetterindia.com/mgchangemakers/

Ask for an update
Donated to this campaign via Paytm or bank transfer? Click here if you have not received an email confirmation from Milaap.
Load more
Donate

Donated to this campaign via Paytm? Click here if you can’t find your donation listed below.
RB
Radhika donated Rs.2,500

Thank you very much for all that you doing. May God bless you.

Donated to this campaign via Paytm? Click here if you can’t find your donation listed below.
RB
Radhika donated Rs.2,500

Thank you very much for all that you doing. May God bless you. 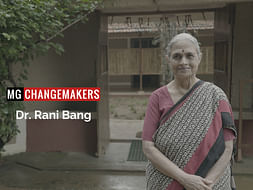