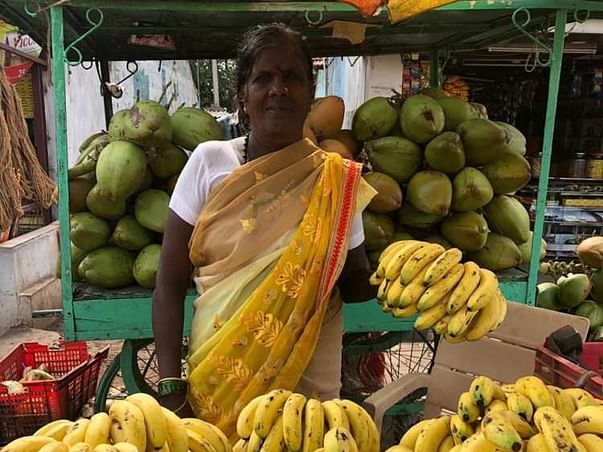 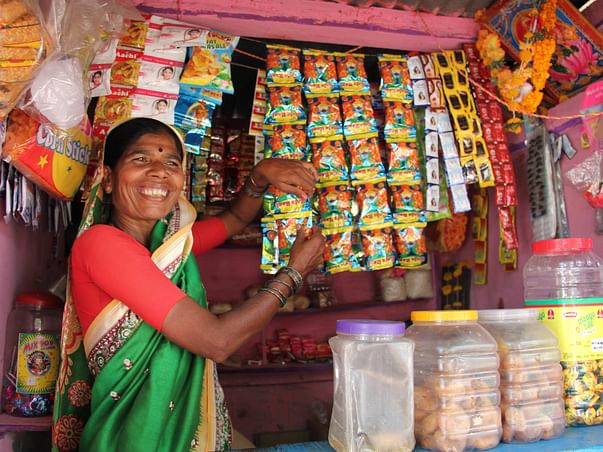 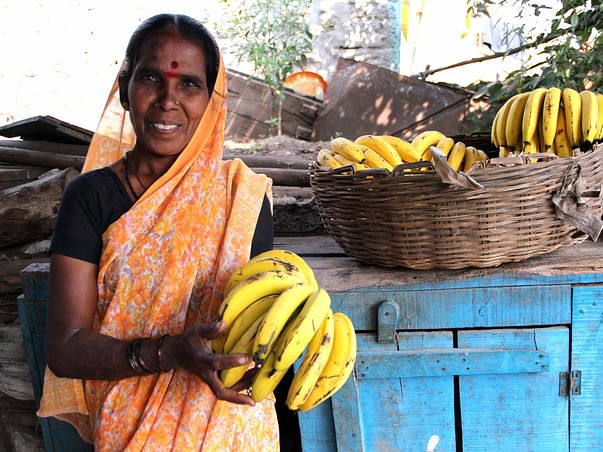 Shanta grew up conditioned to most norms of the patriarchal society. For one, she knew that men worked outdoors while women worked indoor. It was the time when she was a mother of four daughters and her husband told her to make their youngest daughter a Devdasi in order to please God and be blessed by a son. Shanta knew that by making her daughter a Devdasi, she will become "dedicated" to worship and serve a deity or a temple for the rest of her life.

That day she didn't say much but left the house along with her daughters and came to her native village where she had her own land. She worked day and night to make her land productive as soon as possible and grow bananas and other fruits to sell.Every second counted as she was outside, along with her daughters and had no support. But the struggles never made Shanta feel as weak as her silence about social issues did. She struggled day and night to provide her daughters with education.

Now, with the covid outbreak and subsequent safety measures taken to curb it's spread, Shanta and other strong rural women entrepreneurs under MASS foundation are in a tight spot. Mahila Abhivruddi Mattu Samrakshana Samsthe (MASS), located in Belgaum, Karnataka, has been working for the welfare of Dalit women, specifically ex-devadasi women and their children since 1997. Many of these women own small fruit stalls and make a small but independent living with it.

Under the present circumstances, these businesses, completely dependent on foot traffic are worst-hit. They are suffering wastage of existing stock due to a reduced demand, and are being forced to use up reserves for immediate basic needs.

They are in desperate need of support to sustain themselves and keep alive the business which is a life-line for their entire community.

Communities like these are facing grave losses to their livelihoods and the situation can push them to the wrong side of the poverty line if not acted upon immediately. You can help 100 fruit vendors like Shanta by making a contribution to Milaap's Small Businesses Relief Fund. Milaap will take complete onus of beneficiary identification and execution. We will be posting weekly updates, and highlighting stories of grant recipients so that you can see the direct impact of your donation.

A small grant could be more than just a temporary solution for these businesses. It can actually help them get back on their feet and translate to a stable source of livelihood for even multiple families relying on the same business