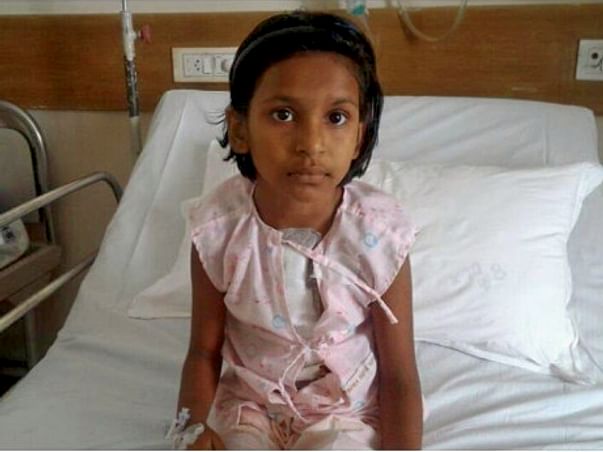 "When Pooja would suddenly faint or fall sick frequently, I really thought she was just weak, and got her some medicines for the fever, or asked her to eat better. I could never have imagined it could have been something 'big'," Pooja's father Harish recollects. Six year old Pooja loved to play and run like most children her age, but she cannot do so now because of her medical condition. Pooja has been diagnosed with CHD, Supracardiac TAPVC, Large OS- ASD with right to left normal Biventricular Function.

It was only due to the regular health camps arranged in the government school that the matter of a heart problem was first detected, and her family was immediately informed. She was taken to Jaideva Hospital where she was confirmed to have cardiac problem and was advised immediate surgery.

"Since there financial situation would not allow us the same, and it was a stage where medicines were helping provide a temporary relief and even regulate the issue, we fell back on medication. This did help initially, and she would recover with the help of these medicines, but slowly she became very dependent on them, and would have a relapse as soon as she stopped taking the medicines," says Harish.

The problems continued and there was no way left. Harish works at an NGO where children are also brought for check up. He requested help from the management, after which she was brought to Manipal Hospital and consulted Dr. Devananda who advisedRerouting of Supracardiac TAPVC surgery at the earliest to prevent any irreversible damage to the vital organs of her body.Harish works as a driver at an NGO, and earns 8000 rupees a month, of which 4000 is spent on rent. Pooja also has two siblings who are only slightly elder to her. Under these circumstances, Harish is finding it difficult to arrange the Rs.3,16,500 needed for her surgery. He has arranged Rs. 50000 for the advance only by taking a loan from the NGO where he works.

From Harish ,Poojas Father -
"I've never even had a close relative who has had a severe/fatal disease. It is the first time for me as well, but she is my daughter, and I will do everything I can to save her," Harish holds on to determination and hope.
Supporting Documents:
Donate
Report fundraiser
See how thousands are crowdfunding for their causes on Milaap
Content Disclaimer: The information and opinions, expressed in this fundraiser page are those of the campaign organiser or users, and not Milaap.
If such claims are found to be not true, Milaap, in its sole discretion, has the right to stop the fundraiser, and refund donations to respective donors.

GK
You are sending a message to
Govind Kumar
Go back 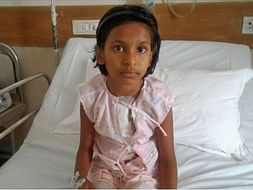