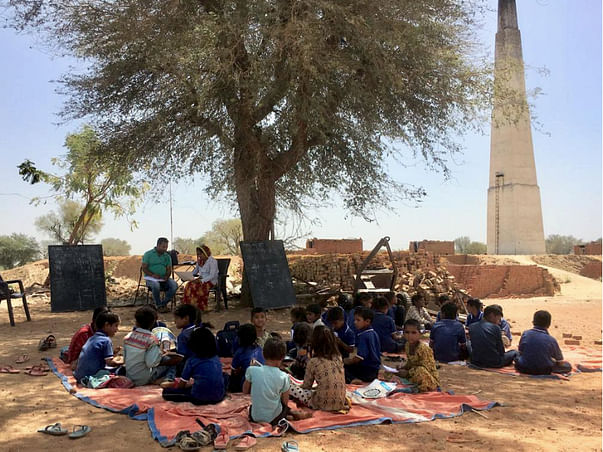 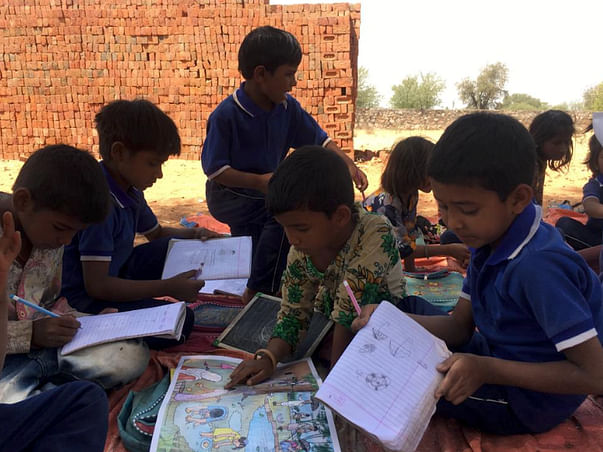 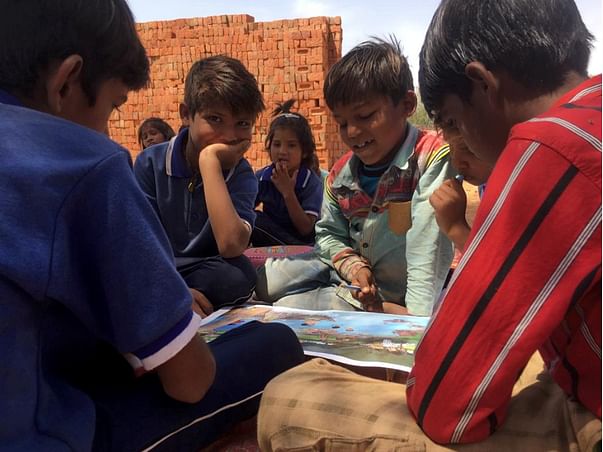 Every year in December, labor migrates to the villages in Jaipur district due to the presence of several brickfields. Most of the labor migrates from Uttar Pradesh -- the most populous state of India which borders with Rajasthan. It is considered here that the labor from UP is better skilled in the brickmaking work than the others. However, they come only for a limited period -- not more than seven months.

Most of the migrant workers prefer to relocate, even if it is seasonal, with the entire family. Among those affected by the movement are their children who are in need of proper education.  To help these students with the studies, Kumarappa Gram Swaraj Sanstha, a Jaipur-based NGO  working towards empowering villagers, especially women and children, set up The Bricks School -- located in the premises of such brickfields.  It was in 2014 when they first opened such school in a brickfield in Chaksu town in Jaipur. Later, they also aw the need to set up such similar schools in the Renwal village of Jaipur as well.

These schools are generally run from a room allotted by the owner of the brickfield or under the shadow of a tree in the premises. Each school consists of two classes -- first- to second-grade students in one class and third- to fifth-grade in another. In a brickfield in Renwal village of Jaipur district in Rajasthan, over 85 families settled during December. In the school set up there, 71 students -- 36 in the batch of first- to second-grade and 32 in third- to fifth-grade batch, are studying. There are four other brickfields nearby, with a  total of 176 children studying in such Bricks School. In each school, two teachers are deployed to teach the separate batch.

The closest government school near the oldest brickfield in Renwal is over 2kms away. However, it is "practically not possible" to enroll these children in the school.  There are two reasons behind it. Firstly, a new session starts in April in government schools. The time these children arrive in December, schools already had completed half of their session. Thus, they resist to admit them. Secondly, even if government schools agree to admit them in between session, the parents hesitate. They cannot afford to allow them to walk alone to the school from the fields, nor can they take children themselves, leaving the work behind.  The situation is similar in Chaksu as well.

The teachers in each of these school focus on educating the basic to the children so that when they return to their natives, they can easily continue with their studies in any school there. The stick to maths and Hindi language -- as subjects, and adopt various methods to teach so.

The organization will use the amount to further enhance the teaching at these schools by purchasing books, notebooks, stationery and more for these children.

UPI: givetokgss@yesbankltd (Copy to clipboard)
Or
Click here to read the instructions before you make a bank transfer.

Website
Report fundraiser
See how thousands are crowdfunding for their causes on Milaap
Content Disclaimer: The information and opinions, expressed in this fundraiser page are those of the campaign organiser or users, and not Milaap.
If such claims are found to be not true, Milaap, in its sole discretion, has the right to stop the fundraiser, and refund donations to respective donors.

wish you best of luck

Amit - wish you all the blessings for doing a wonderful job

wish you best of luck

Amit - wish you all the blessings for doing a wonderful job

You are sending a message to
Sanskriti Talwar
Go back 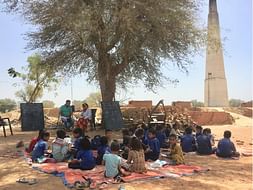