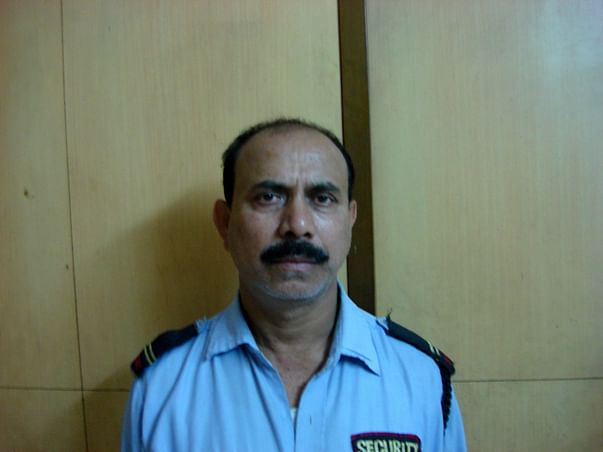 Share
Krirttibas is a 50-year-old who works as a security guard at a religious institution in West Bengal. He has a heart problem and needs a implantable cardioverter-defibrillator (ICD) installed in his heart to keep it functioning. Not getting the surgery will be fatal. His monthly income is only Rs 5,000 and his family is desperate for help saving Krtribas.

A situation that deteriorated over the year

Krirttibas' day starts very early in the morning. He worked a 12-hour shift at a temple one hour from his village. He left home at 6 a.m. and got back home by 8 p.m. The work and travel was tiring, but this the only way to provide for his family.
Krirttibas had discomfort in his chest for over a year. He kept ignoring it because he did not have the time to visit a hospital. He didn't tell anyone at home. His job involved him to stand guard and he managed to work diligently for as long as he could.
It was in October that things became really bad. Luckily, it happened at home. He became dizzy and fainted. He got up confused and disoriented.
“When it happened, we were very scared. He got up and simply didn't  recognise me and mother. We didn't know how to deal with it,” explains his 16-year-old son Sayan.
Frantic with worry, Sayan and his mother Tutuna convinced him to finally seek out medical help. They came to Kolkata to get a checkup. The doctors told him he has cardio-vascular disease. With an advanced ICD device, his heartbeat could become steady and he could get back on his feet.
Krirttibas with his wife and son
He needs the device immediately because his health has worsened in the last few months and his family is in no position to arrange for an immediate surgery. They have managed to put together Rs 40,000 and need help arranging the rest of the funds.

Help this family that has no where else to turn

Sayan is studying in Class 12 in Chandanagar and it is to him that his mother looks for support in this difficult time. If his father does not get better, Sayan will have to quit studying and take care of his mother and himself.
With a meagre salary of just Rs 5,000 Krirttibas needs support getting the ICD implant to live for his family. Save Krirttibas.