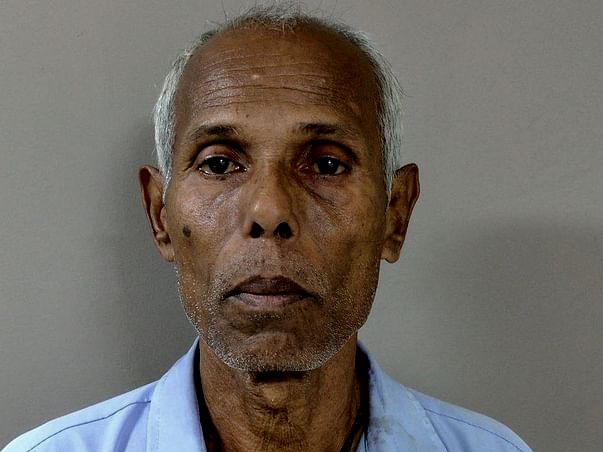 Karthik is nearly 70. Even at this age, he toils on the fields with his 3 young sons to supplement his household income. Due to the seasonal nature of their work, their income is generally low.
“Ours is a battle for survival. We would have wants only if our needs were fulfilled. My sons are all married and have children to feed and clothe as well. I cannot see them suffer as well. So I try to fend for my wife and myself. She has nobody else,” he says.

A chest pain that did not subside:

“When I first got a chest pain, I did not mind it much. It was severe, so I did not go to work. People were teasing me saying I’m too old to work and should just give up now. I just let it go like any other small pain, but it only intensified with time,”
Once Kartik consulted the doctor, he realized this was not normal. Further check-ups led to the conclusion that his heart had been effected. His sons began to take him to every good hospital they knew, hoping to hear something different.

We knew Bangalore was expensive, but I needed to live for my wife:

“A shortage of money was part of our routine. We never had money to save any, or to have a policy. We borrowed Rs. 40,000 on interest and went to Bangalore hoping to here there was still a chance for me to live.”
Kartik’s wife was petrified. She kept asking him what she would do if he left her side.
“I did not have an answer myself. That question was bothering me more than it bothered her.”
Finally, there was hope. Kartik could be saved. It would take a surgery, and cost them about 2 lakh. It was difficult to arrange the amount, but there was still a chance.

How you can save a farmer’s life

Kartik’s sons are struggling to even pay the interest on the money borrowed previously. Under these circumstances there is no way they can borrow more.
This is the only way Kartik can live. As a farmer, Kartik has spent most of his life in poverty. Today, he is in need of an amount that is unimaginable to him.
Your support can give this farmer some more years.
Estimation Letter 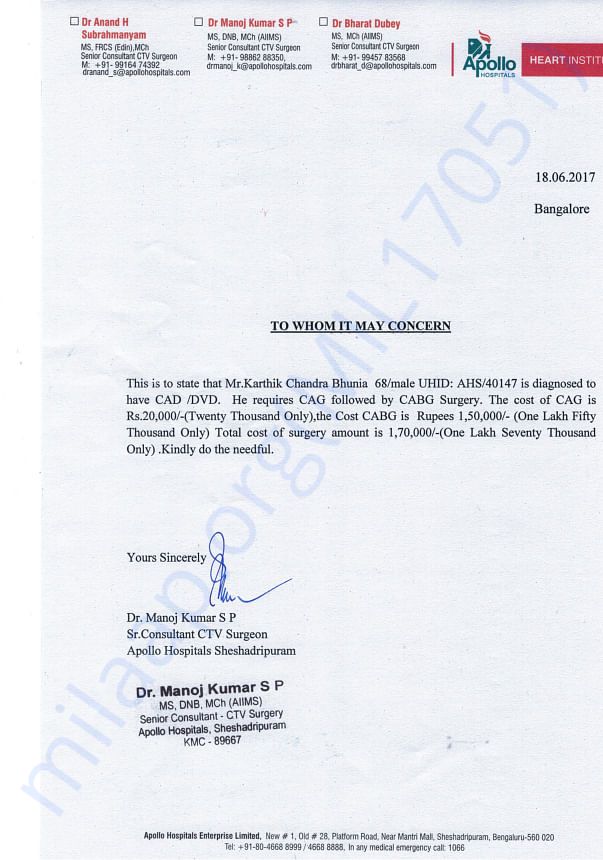 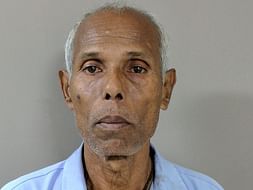