Support Haider Ali's Family | Milaap
This campaign has stopped and can no longer accept donations.
Milaap will not charge any fee on your donation to this campaign. 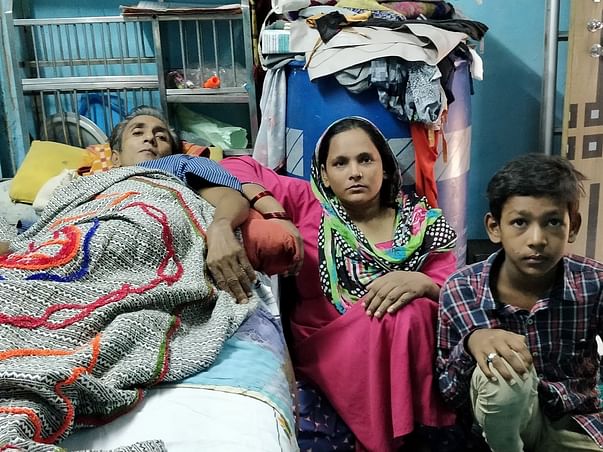 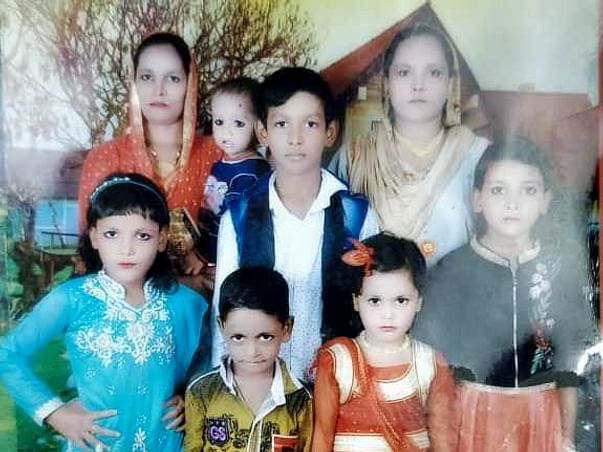 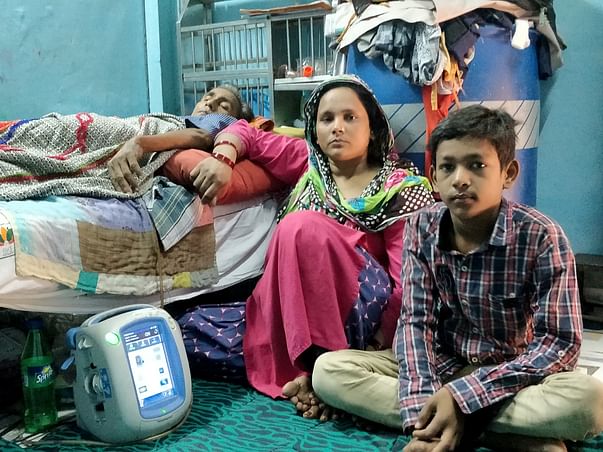 Previous Next
Update (21st November)The funds raised via this campaign will be used to support the family.
Forty-year-old Haider Ali Mansoori had never imagined that his life would change drastically in a span of a few seconds on September 5, 2018.
A father of five children and the only earning member, Haider supported his family by working as a daily wage construction worker in Mumbai's Saki Naka area. The money he earned was only enough for his wife, Maheebunnisha, to buy provisions and cook food for her family on that given day.
On September 5, Haider set out from his home to work in a nearby construction site. With no safety gear or support, he was instructed to climb up to a height of 10 feet to stand on a weak, narrow plank. In a matter of seconds, the plank collapsed and Haider fell on the ground. He fell unconscious and was immediately rushed to a nearby private hospital; and later moved to the government-run Sion Hospital.  Over the next 50 days, he underwent several tests and surgeries, following which he was declared paralysed waist-down. He also developed advanced bed sores.
With bills piling up to more than Rs One Lakh, the family was compelled to bring him back to their rented room in Jari Mari in November 2018. A private hospital in the neighbourhood has provided for a wound vac machine to pump out the fluid in the sores. But the machine rentals are high and the family has to spend over Rs 15,000 a week to keep Haider alive. All their savings have been flushed down. The younger children have been temporarily sent to a relatives' home, while the adolescent sons have been forced to take up daily wage work. All of them have had to leave school.
Aajeevika Bureau, a leading not-for-profit organisation that has been working with migrant labourers over the past 15 years, is currently supporting Haider in his fight to seek justice. Two months after the accident, the police has finally registered a FIR against the contractor. Legal proceedings are underway.
"I don't even know where my next meal is going to come from," says Maheebunnisha, who has spent the last two months in great trauma seated by Haider's side. "My children are very young. We had so many dreams to build our lives in this city. In a matter of seconds, everything collapsed." 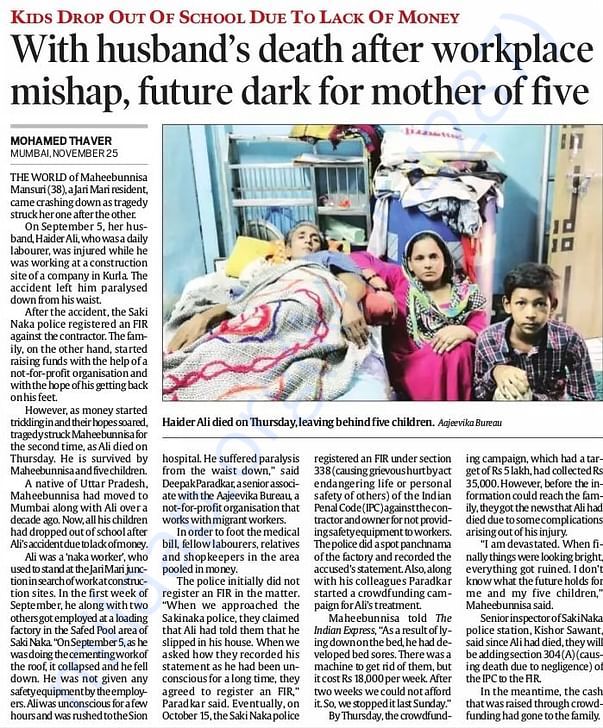 A copy of the FIR filed at Saki Naka Police Station 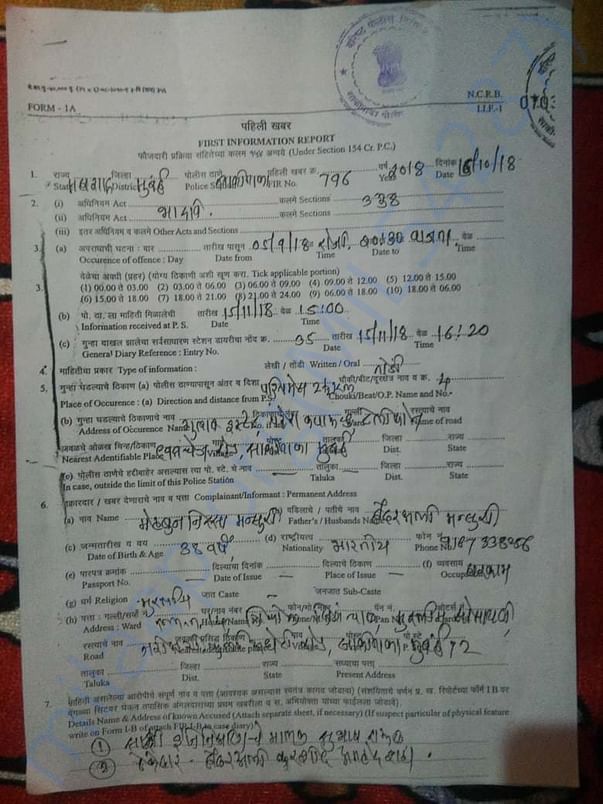 Unable to survive the expenses in Mumbai, Mahebunnisa has returned to Balrampur with her three children.  Her 16-year-old son has stayed back in Mumbai to fend for his family. He is currently working as a labourer and repairs petrol pumps. He will also be fighting Haider Ali's legal case along with the support of Aajeevika Bureau.

We wish to end the campaign, and let Maheebunisa use the funds to begin life afresh in the village.
Dear Supporters,

Nearly three weeks after Haider's death, his wife and children have been struggling to make ends meet in Mumbai. The monthly room rentals of Rs 5,000/ months have piled up for over three months; the hospital has been seeking its rentals for the wound vac machine that was used to treat Haider Ali's bed sores before his death.

Next week, the family plans to return to their village in Balrampur, Uttar Pradesh. Akhtar, meanwhile, will continue working in Mumbai, and supporting his family of five with his modest income of Rs 8,000.

Based on Maheebunnisha's request, we are withdrawing Rs 35,000 from the existing fundraiser to help her pay off the rentals that add up to Rs 15,000. In addition, Rs 8,000 has to be paid to the hospital. She will use the remaining money to purchase groceries for the next week, buy train tickets for her family of four to return to the village.

We are continuing this fundraiser for one more month to ensure that Maheebunnisha and her children are able to settle down in their new home. With no backup option, we are hoping that the money raised will help her begin life afresh.

Many many thanks for your timely and generous support.
Dear Supporters,

Thank you for the support. I have some unfortunate news to share with you today. In the wee hours today. Haider Ali breathed his last at his Mumbai home. He is survived by his wife, Maheebunnisha, and their five children.

We are keeping this campaign open to support the bereaved family to help them tide over the crisis. Please do share this campaign further with your friends and family.

Donated to this campaign via Bank transfer/QR Code? Click here if you can’t find your donation listed below.
NJ
Nirali donated Rs.2,000

Donated to this campaign via Bank transfer/QR Code? Click here if you can’t find your donation listed below.
NJ
Nirali donated Rs.2,000

AB
You are sending a message to
Aajeevika Bureau
Go back 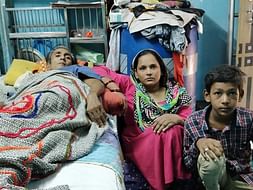