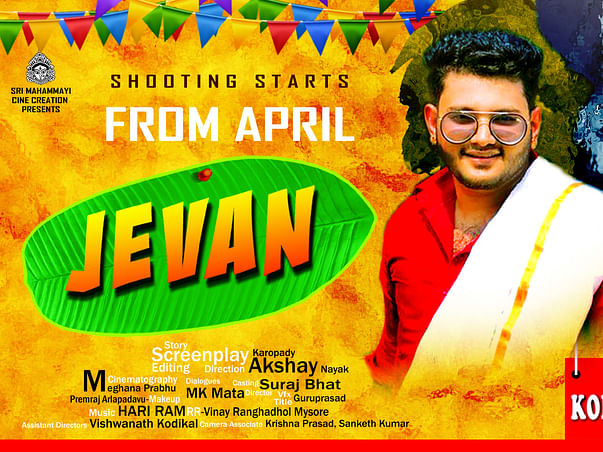 Share
By getting the practical experience in filmmaking now we have planned to make another Konkani movie .Thus, setting a goal of making a Konkani movie i have prepared a well know script with the theme moral for a society where “Mr. M.K. Matta” (National level award winner actor)  Uppinangady  , have done dialog writing for my script, and story-screenplay-direction-camera  work of this  film done by Karopady Akshay nayak  .

Our goal is to making a Feature film in Konkani titled “Jevan ‐ pota book asile ye yya.....!” Our goal is to reach up the Konkani film to maximum people of our community throughout the nation.