They never ask for the sight screen to be shifted. They can only hear the ball, the strokes and the excited shrieks and shouts of their teammates. The lighting in a day-night game means little to them because the umpire is the only one who sees the game.

Cricket is a religion in India is quite well known. The game is followed ardently by the public and media alike. However, there is one relatively unknown branch of cricket in India - the blind cricketer's team in India. Despite toiling hours to perfect their game and winning countless tournaments, the plight of Indian blind cricket team is presently in a deplorable state. 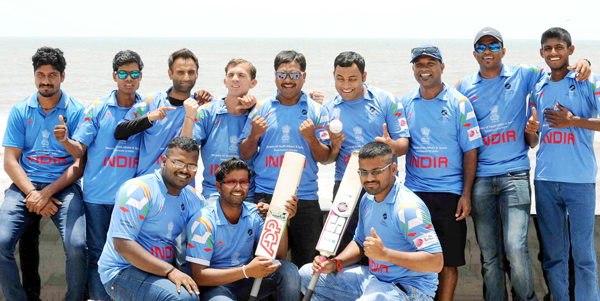 It is only due to the efforts of Samarthanam Trust for the Disabled, a Bangalore based organisation that blind cricket has survived and is living to tell its tale. The Cricket Association for the Blind in India(CABI), the cricketing wing of Samarthanam, has been taking care of blind Indian cricket team efficiently for the past many years.

The team has won a lot of praises after winning the World Cup in 2014, beating arch-rivals Pakistan in the final, including photo with Prime Minister Narendra Modi but that has not necessarily translated into a better standards of living for the team. The Indian team, unfortunately, is the only one which is not affiliated by its national cricket board.

The other teams, including a much smaller one like Pakistan, get full support from their respective cricket boards. The Indian blind cricket team doesn't come under BCCI's ambit and the team is sponsored by the Cricket Association for the Blind in India (CABI), the sporting wing of Samarthanam Trust for the Disabled; a non-profit organization.

Sport enables persons with disabilities to develop independence, confidence, social skills, responsibility, leadership qualities and livelihood skills. It changes common perception of persons with disabilities by focusing attention on their ability rather than disability. It is towards achieving this objective that Samarthanam Trust for the Disabled instituted Cricket Association for the Blind (CABI), the apex body that organizes and conducts cricket for the blind across India. 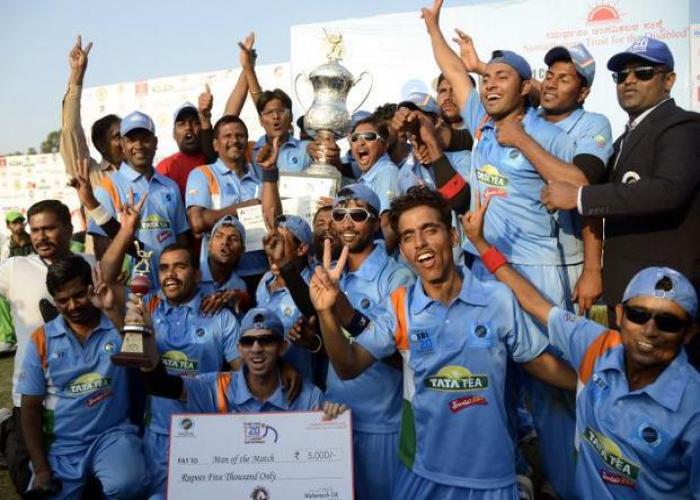 After the win in South Africa

Lack of funds is the biggest hurdle for the team

The Indian blind cricket team are seeking support from all quarters possible for their expenses for participation in the 2016 World cup - increasingly, what comes forth after asking for help around is just assurance and not concrete action. The cricket team is in need of funds for their expenditures to properly build the team this year for the World Cup. Coaching fee, cricket gears, kits, selection trials are some of the expenses the team requires to ensure their win the world cup this year.

Over the past few years, the CABI has done it all to ensure that the Indian blind cricket team gets all the help it can get to compete at the international level. Despite their support, however, it becomes difficult for the players to play the game thoroughly. In fact, one would be rather embarrassed to know that the team apparently struggled to get the kits, uniforms, and travel fares for their trip to participate in the upcoming event. In fact, many players are known to have paid out of their own pockets to contribute for the jerseys and kits. 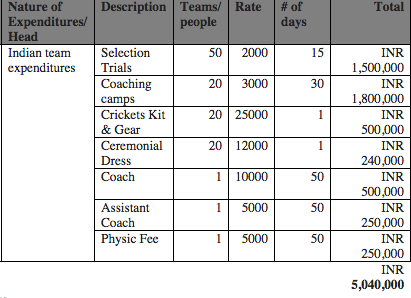 Passion and Pride to represent the county

Despite the odds and lack of funds, the blind cricketers themselves, who primarily come from India’s hinterlands, have the utmost passion for the game and pride for representing the country. One such cricketer is Shekhar Naik; former captain of India’s Blind Cricket Team. 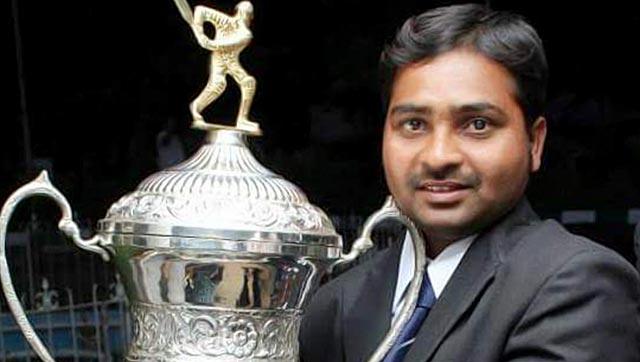 "Visually impaired cricketers don't just play for money, jobs, fame or happiness. We play to gain confidence; we play to prove that a blind man can do anything. Playing cricket gives us that extra motivation and energy," confides the former captain. The outside world might make them feel lesser than the others, but the great thing about sport is that it treats everyone equally.

Shekar, who is partially blind, has been the captain of the team since the last five years and had led his side to victory in the inaugural Blind T20 World Cup in 2012. More glory came when Shekar led his side to hold the 4th ODI World Cup Cricket for the Blind in 2014.

Despite the hurdles, the cricket team thrives on unity and mutual respect

"State teams are always united largely because they speak the same language. But our team has players from 10 different states. We make it a point to learn each other's language, however difficult it is. So a player who comes from the north, even if he is new, has to teach us Hindi and Punjabi. That way, we get closer," Naik says. So what if they can't see each other. 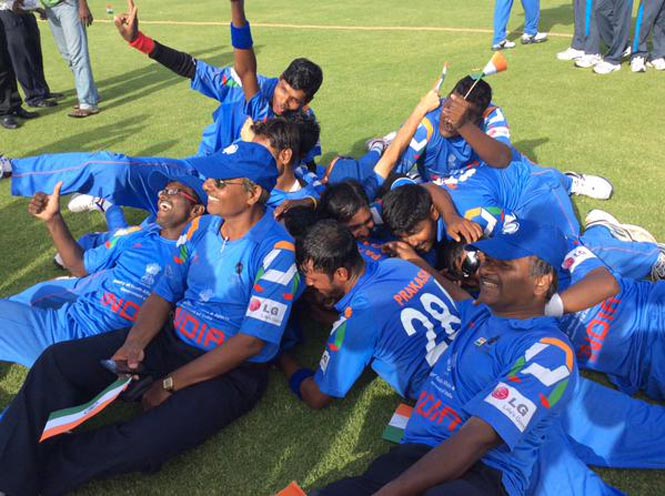 John David, who has managed this team for nearly five years, says looking after the players can be a challenge, but their teamwork makes things easier for him. "The disability can be a problem sometimes, but the guys are very capable," he says. There are shortcomings everywhere. Even able-bodied cricketers have shortcomings. But that is where teamwork comes in. These boys look out for each other all the time.

The Indian blind cricket team wants to lift the world cup again. Here's how you can help

The Indian blind cricket team have every year dared to dream about the World Cup - they have lifted the cup in 2012 and 2014. They dream they can lift the World Cup this year too in their own country. They dream of getting recognition and support from the Indian cricket fans as well. We strongly believe that this series is an opportunity for you to be part of a sporting movement.

As the secretary of the association, Mahantesh G, puts it, "they have to slog it out for funds every year". Your contribution of Rs. 500 also towards the Indian blind cricket team will help them lift the world cup in October this year.