Md Yeasin Pathan belongs to a rare breed - a Muslim fighting the odds of ignorance, indifference and intolerance to save 34 crumbling Hindu temples in a West Midnapore, West Bengal.
The lone crusader has been on a 33-year-old mission in Pathra, a two-hour drive from town. Despite receiving death threats and poverty, Yeasin at 62 has remained undeterred.
A retired school-peon, he has invested his personal money, time, effort in saving Indian heritage.
Why he needs money:
Yeasin needs funds for the treatment of kidney disease and heart blockage.
Its an urgency as his first surgery will happen on July 11, 2016.

Md. Yeasin Pathan, protected those archaeological structures throughout his life. He was awarded KABIR by the then President of India for his work that brought together two religious communities. 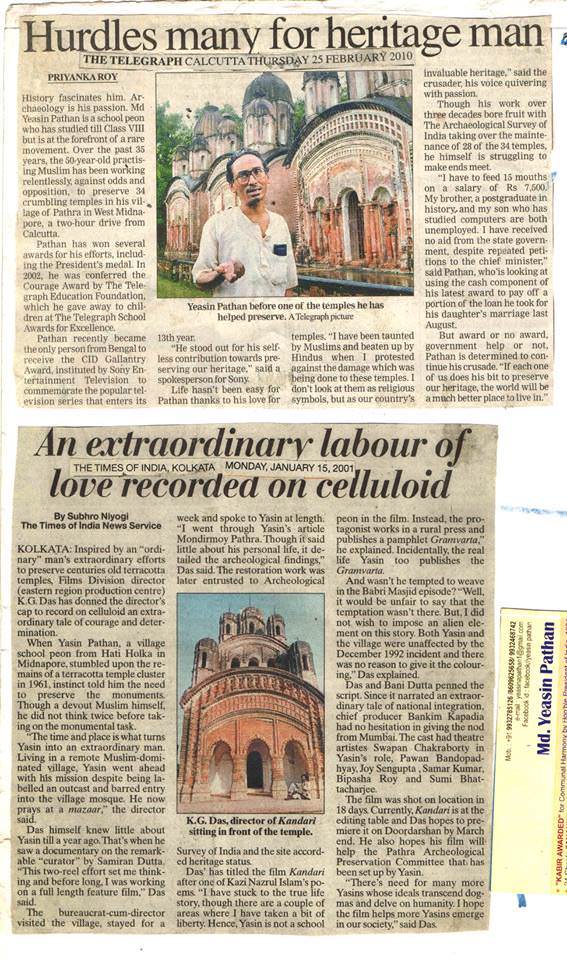 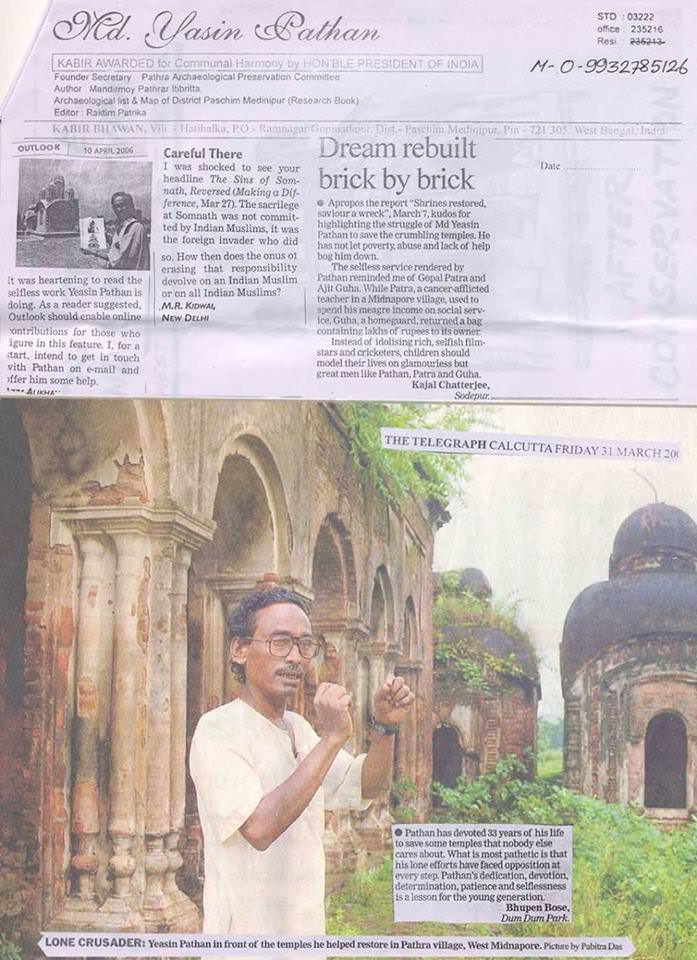 Please donate and save a real hero and son of India.