Help WSA Provide A Better Life To The Voiceless Strays | Milaap
Milaap will not charge any fee on your donation to this campaign. 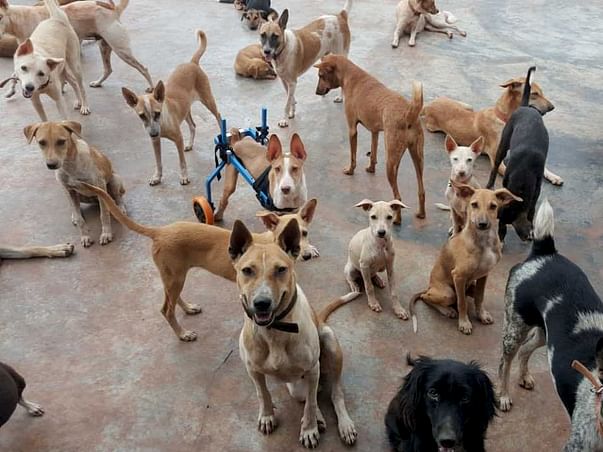 It’s easy to sit around, watch Facebook videos of cute animals and hit the ‘like button’. But how many of us take our love for these helpless souls beyond this? Meet Praveen [Rider Praveen] an ex-gym instructor and freestyle bike Racer who gave up his job, his means of livelihood to help the strays, the poor and the orphaned children. He is more passionate about animals which is evident from the fact that he invested all his family assets and savings to start We Save All (WSA) Welfare Trust [Trust Registration Number: JAY-4-00994-2017-18]. From paralysed dogs to accident cases and terminally ill animals - he takes them all in, giving them happiness, food and a home in his shelter.
It all began in 2012 when Praveen rescued a kitten with a spinal injury. He nursed it at home, but it passed away after a week, leaving Praveen to wonder what he could do to help numerous animals that suffer in silence. So he started by rescuing injured animals on his bikes and a rented auto. He fostered them in his home. As the number of his rescues increased, he started looking for temporary shelters to house them. Eventually, the news of his rescue got around and he started attending to approximately 4-5 cases in a day. He took the help of Dr. Girish from Blue Cross and Dr. Lohith and created an account in their respective clinics for treating injured animals without any delay. However, as the number of rescues went up, so did the treatment amount in the clinics. But, that did not deter Praveen.

Soon the word spread, and Praveen, who was initially contacted for rescues only around South Bangalore, started getting calls for help for cases in Mysore, Mandya, Chikmagalur etc. Till now, he has rescued 400+ animals and even buries animals which die in road accidents and due to health issues. He has bid a respectful farewell to 200+ animals.

To manage things better, Praveen started a WhatsApp group with just 6 members and started attending to reported rescue cases full-time. He had no option but to give up his full-time job. Financial help was low, but with his family standing by him, Praveen kept doing whatever he could for the voiceless animals.

In July 2017, he decided to find a better solution to the housing problem for his animals and approached a person with an acre of land in Kanakapura Road. He was aware that it would cost him a lot but his faith in what he was doing was unwavering. He sold his car,  pledged his family jewellery to build WSA shelter that you all know today. Although the initially estimated amount was 4 lakh, the expense shot up to 19 lakhs including the maintenance costs. But his commitment towards helping the voiceless was so strong, that he took additional loans, mortgaged the house and decided to dedicate his entire life to the service of animals.
The challenges did not end at this. Disaster struck WSA shelter a couple of months back because of cyclone resulting in massive damages. WSA  needs your help today to sail smoothly through this challenging period. Team WSA refused to give up and we are optimistic that you will help us sail through this.

Praveen and his volunteers are taking care of more than 150 animals including dogs, cats, sheep, and cows. The maintenance of the shelter comes close to 1.5 lakh per month (including helper salaries, food, medicine, transport etc). In addition, Praveen has an outstanding loan of 15 lakh to cover. He and his family have given away everything they owned for the sake of WSA shelter.  And that’s why we need your help.

We urge you to donate whatever little you can to help Praveen clear outstanding bills that have gone into treating these animals. Your contribution will also help run the shelter smoothly on a monthly basis. Without money, WSA can’t attend to any more rescues, and will not be able to even maintain the animals they have already housed at the shelter.

Praveen believes that even a little bit counts. So if you could sacrifice going out for lunch for one day, and donate to his shelter, then that money could actually help save a life.

The fund collected from Milaap would be used to complete the shelter construction that had been damaged and halted due to insufficient funds. This will also help us create more space for future rescues and clear the vet bills.

Please help us by donating and sharing this campaign with your friends and family. 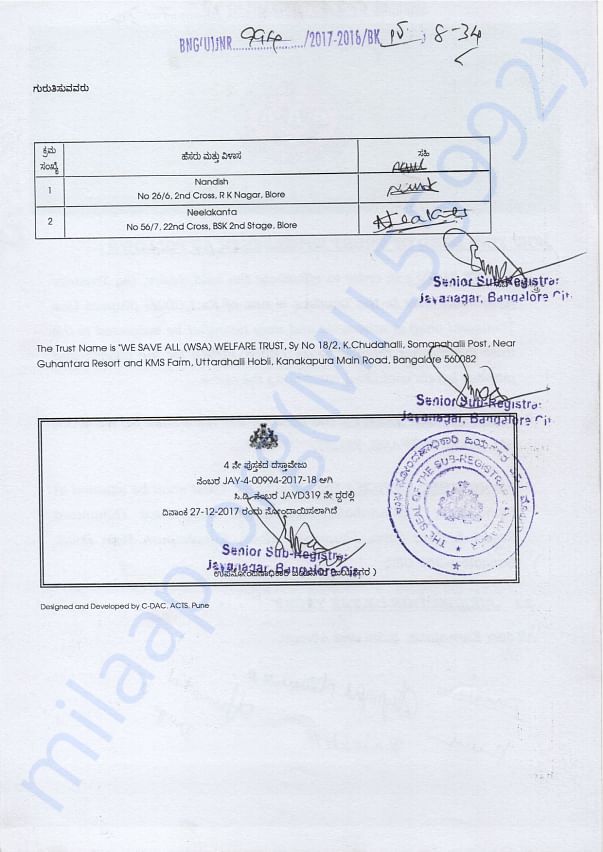 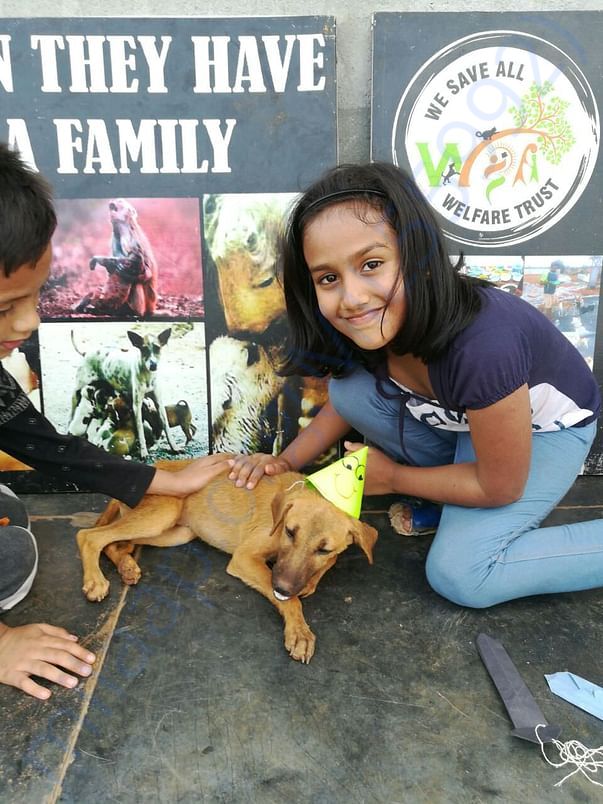 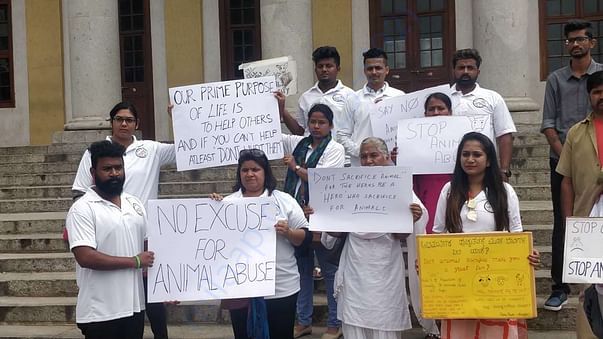 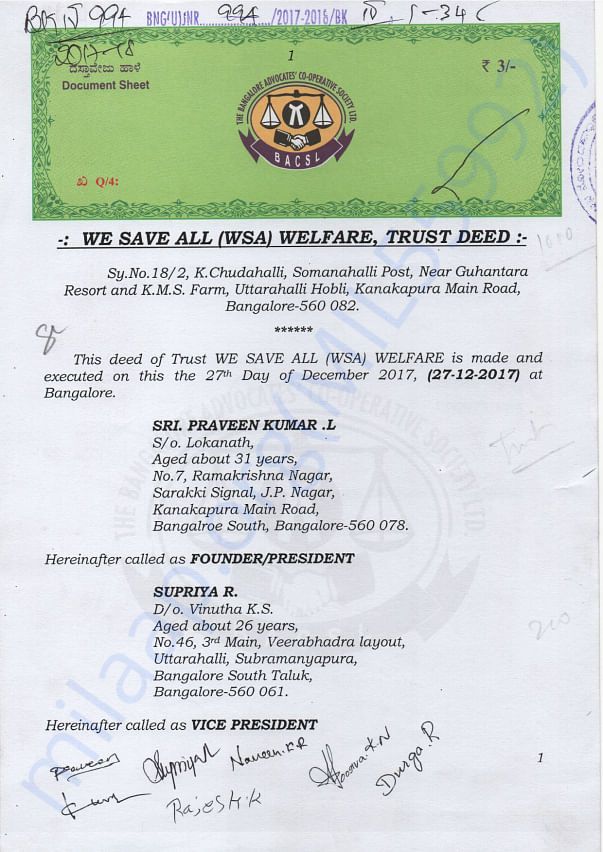 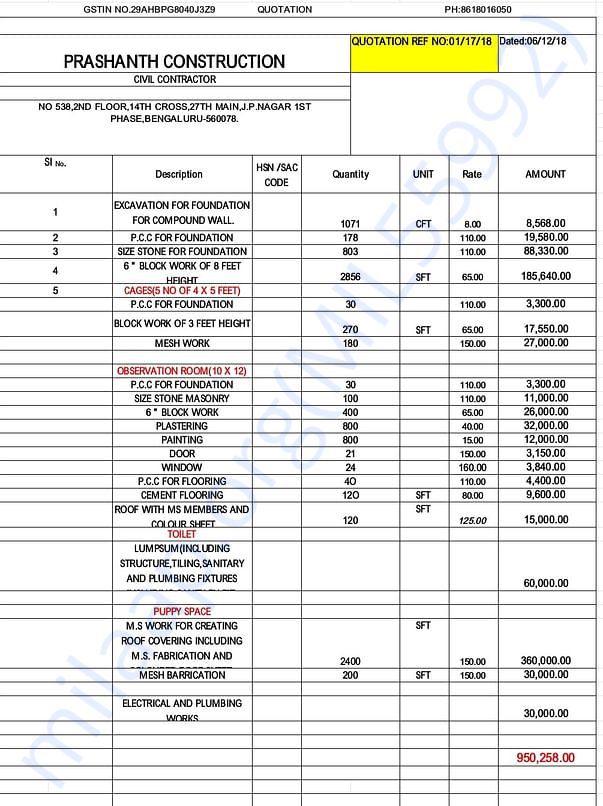 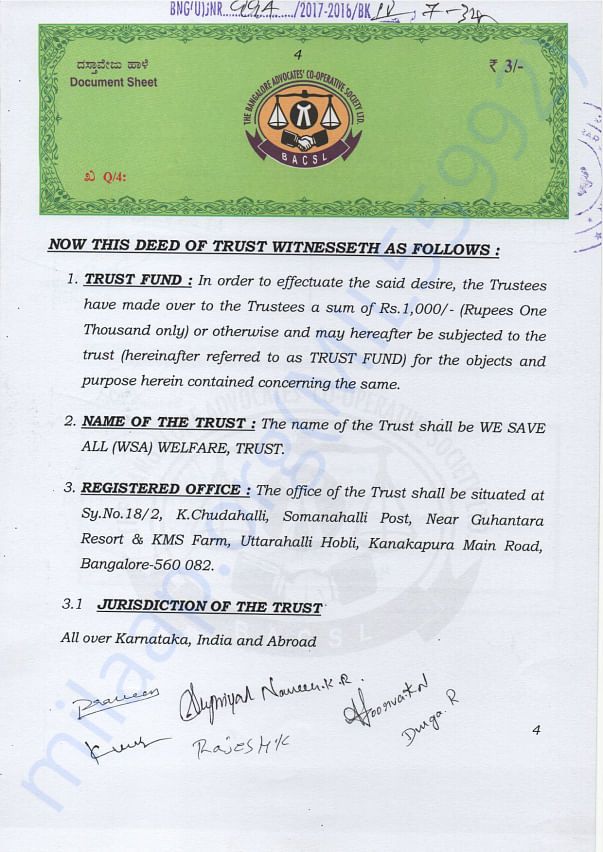 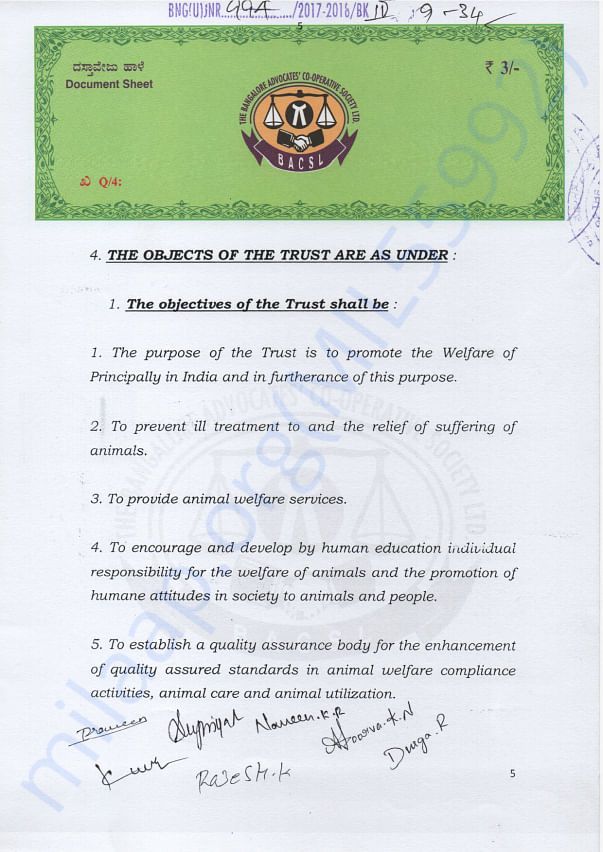 Praveen with a rescue 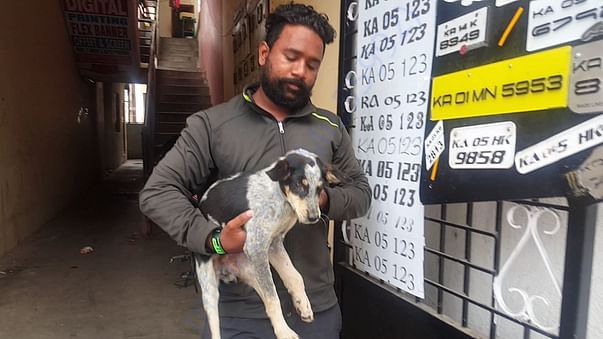 Ask for an update
WSA would like to thank you all contributors for helping us to rescue more strays.
WSA wish to withdraw funds for food and rent of the shelter.

Once again THANK YOU ALL.
Dear all,

We want to thank you all for contributing  for the voiceless souls.


We thank everybody for trusting and contributing to our campaign. Sadly we could not reach the goal amount, But whatever funds that have been raised would be used for the benefit of the furries housed in our shelter.

Thank you for your support!
Load more
Donate

Campaign organizer contact_mail
A
We Save All Welfare Trust
Beneficiary: We Save All Wel... info_outline
Only INR donations accepted 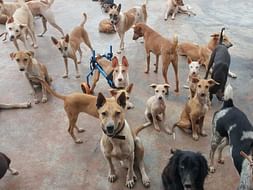