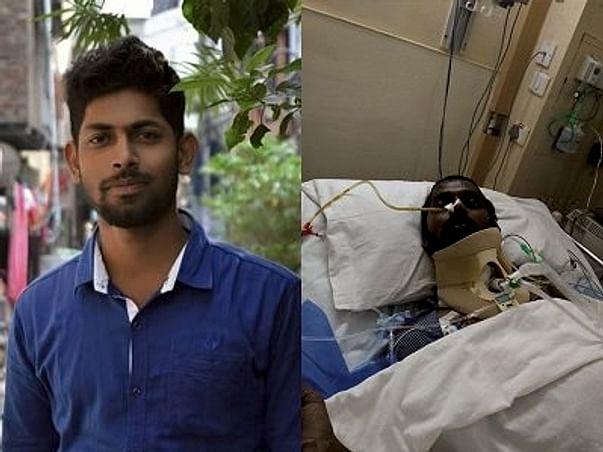 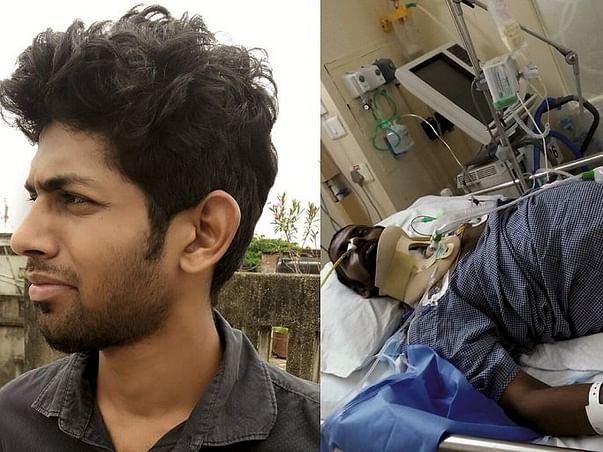 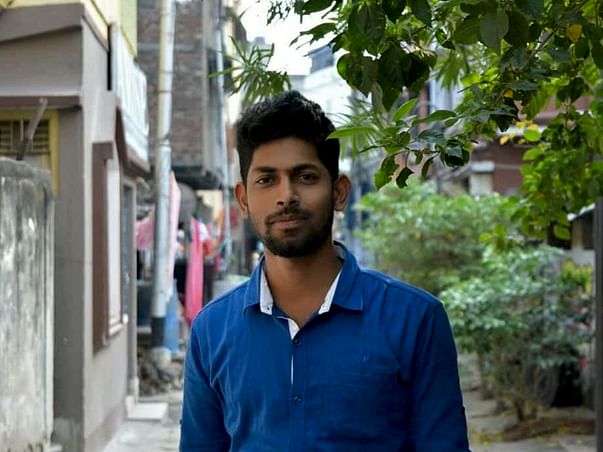 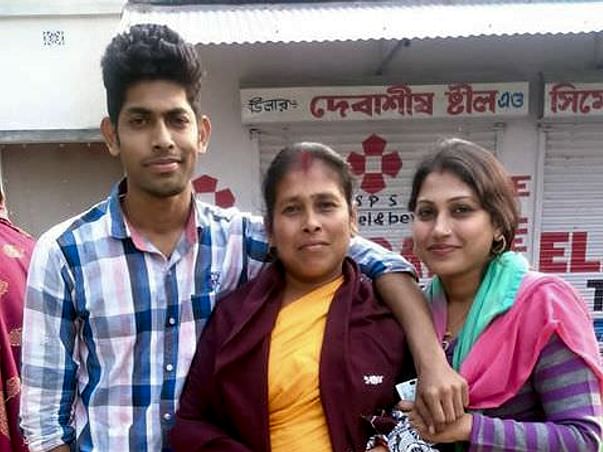 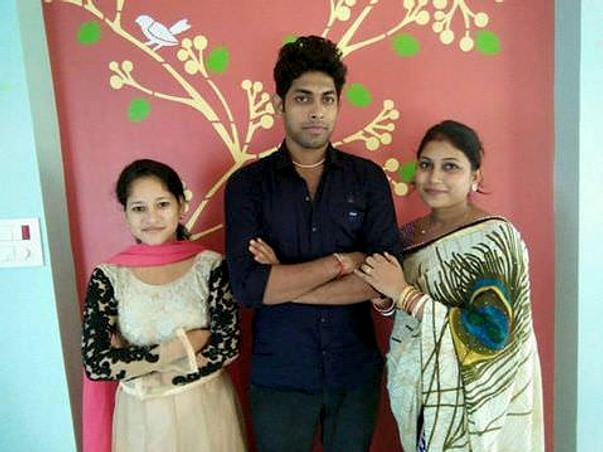 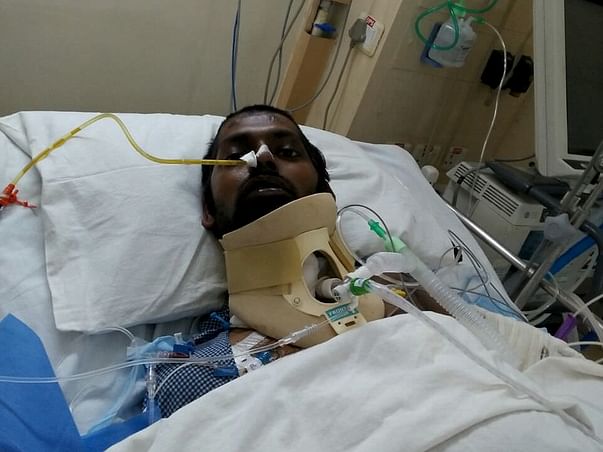 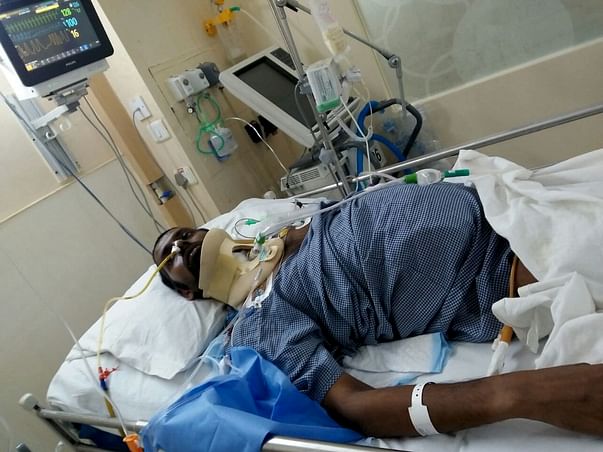 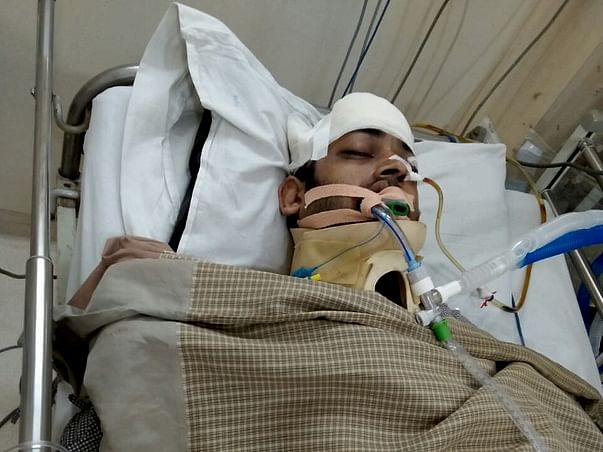 Previous Next
Even as a little boy, Soumen would say to me, “Baba, I will grow up and take care of you. I will not let you and Ma suffer like this.” Today, I stand by his hospital bed, in a city that is not home, struggling to save him.
Even though it has been over a month, I vividly remember that Wednesday. He had called us just an hour ago. He was planning to come over for the weekend and asked if we needed anything from the city. When the phone rang again, I expected to hear him. It was a voice I did not recognize, telling me that my son had met with an accident. My wife and I dropped everything and caught a bus from Medinipur to Kolkata. We never in our worst nightmares expected to see what we did when we arrived.
Soumen was unrecognizable. There were machines all around him. Tubes coming in and out of his body. A brace held his neck in place. His stomach was bloated, stitched up, and his head crushed. He was lying lifeless, with the ventilator breathing for him. “He was conscious,” said the doctor. “We had to sedate him, so the pain does not send him into a shock.”
My son was riding pillion with a friend when they were hit by another vehicle. Fortunately, his friend escaped with minor injuries, while Soumen took the brunt. The hospital corridor was crowded when we got there. Soumen’s friends from college, work, and the neighborhood hugged us and said they would help in any way they could. They have not left his bedside in all these days. Someone is always around for support.
The accident erased the son I knew. He just started speaking, and he feels depressed for causing more trouble. It consumes him, more than the seriousness of his injuries. Soumen lost a kidney that day. His skull was fractured and was sticking out of his head. He also had a tear in his intestine and food pipe. The doctors first told us that he may not make it. He fought through.
Soumen had a passion for design and aesthetics. The best thing I did for him was to educate him. He went to a Multimedia school, graduated and joined an interior design firm as a graphic designer. In Medinipur, we have a small grocery shop. It is our only source of income. We get by on the few thousand rupees every month. With our failing health and inflating expenses, we are unable to keep the store afloat. Ever since Soumen started working, he has been sending us a major part of his salary. He stayed in a PG, hardly spent a rupee more than he should, to support us. I’d like to believe that he fought through this nightmare to keep his promise to me.
As a father, I’m supposed to protect my son. I am here, doing everything I can, borrowing from everyone I know to keep the treatment going. He was supposed to die. Today he is talking, health improving, and he still makes plans for the future. I want to ensure my son lives his own dream. Unfortunately, the expenses are shooting up, and now we have no option but to plead the world for help.
Within days of the accident, the bill shot up to Rs. 25 lakhs. I was able to pay about Rs. 10 lakhs, but now with more days in the hospital, we are at a total of Rs. 50 lakhs and not a rupee with us to pay the bills. His friends have done all they could. They suggested we reach out for help. Please, help me save my son.
--
Soumen’s father, Mukti Pada Samanta, has been going door to door for help to save his young son from succumbing to this tragic accident. The funds raised here will go towards Soumen’s treatment. Your support can save him. 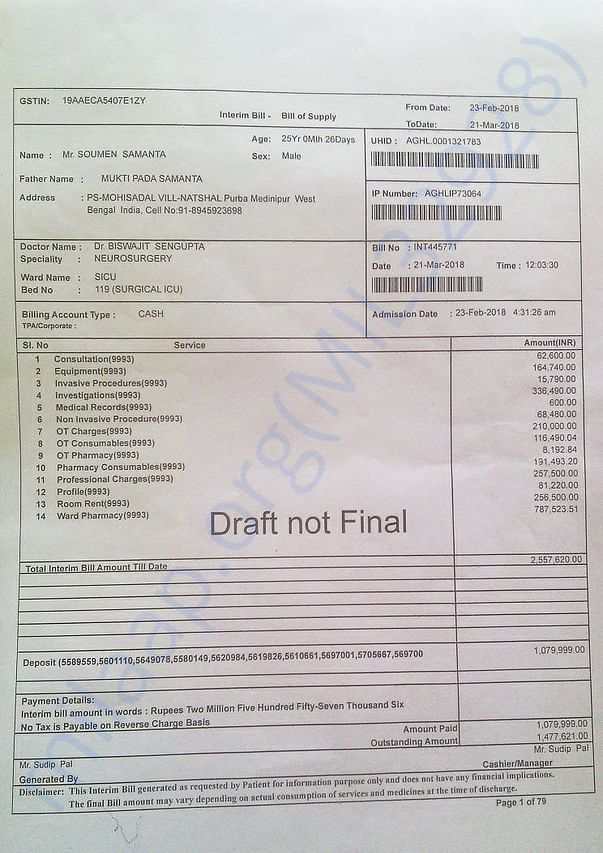 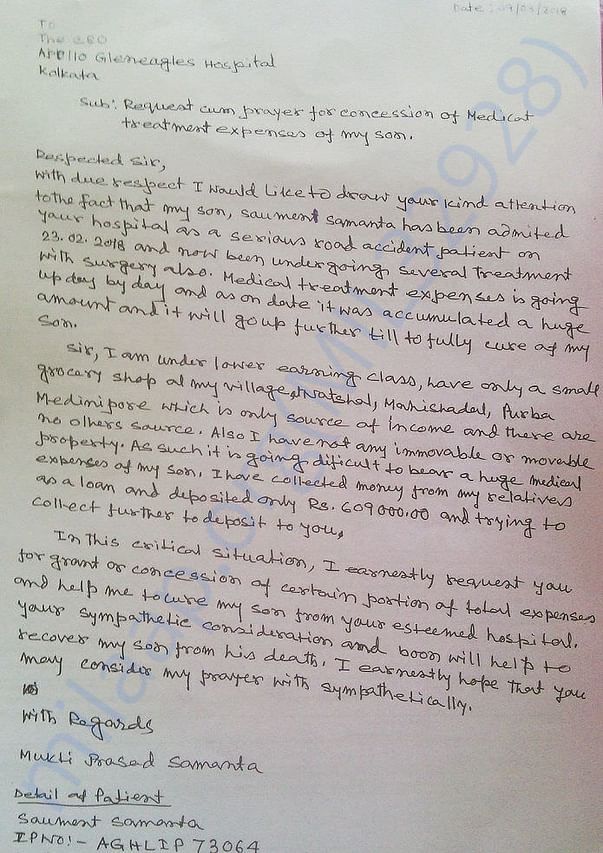 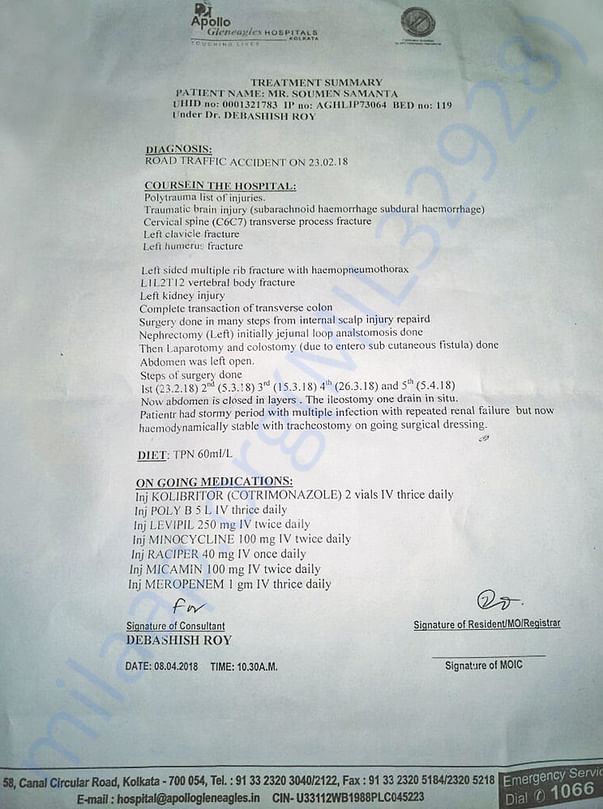 Thanks for your response to our campaign, as Mr. Soumen Samanta has recovered very well and he is waiting to be released this week, today I shall withdraw our money to help him,

Thank you for the love and support
Donate

Report fundraiser
See how thousands are crowdfunding for their causes on Milaap
Rs.61,623 raised

You are sending a message to
Avash Chakraborty
Go back 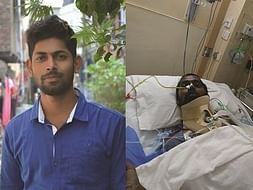