I am fundraising to raise money for my fathers treatment. | Milaap
This campaign has stopped and can no longer accept donations.
Milaap will not charge any fee on your donation to this campaign.

I am fundraising to raise money for my fathers treatment. 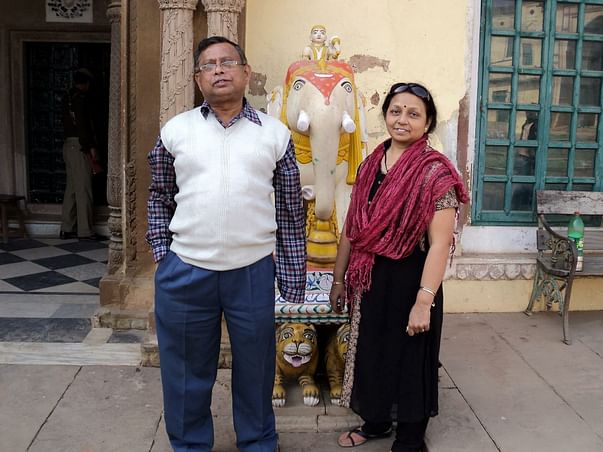 Hi folks, an update on my father's condition. He is right now in the middle of another life threatening medical crisis.

My father Jayant Roy had liver transplant operation on 16/12/2015 at Mumbai's Global Hospital. The donor was my mother Arpita Roy. We could not have done the operation without the incredible financial support from all of you. We had started the crowd sourcing initiative as a desperate attempt to raise some money to help fund Baba's treatment. The way you supported us has been truly overwhelming. Thank you for giving Baba his second life.With your blessings the transplant operation went smoothly, but post transplant he suffered many complications including a brain seizure for which he was in coma for 7 days and his left side was paralysed. But I was not ready to give up. We fought on, the doctors of Global had been incredibly supportive and put in their 200% in fighting for Baba. Finally Baba recovered his senses and recovered sufficiently for us to bring him home.

I decided to keep my parents here in Mumbai and not let them return to Kolkata. We rented a small flat and got it ready for him. Post transplant recovery started for both my parents. Through out this entire traumatic process Baba has been really strong, he was in incredible pain, but always smiling and never, ever gave up hope of full recovery. We had trained nurses for 24 hours who was monitoring his body's every muscle move and aiding his recovery. But the path to recovery has been fraught with obstacles.

Six months after his transplant Baba was diagnosed with bile duct stricture for which he has to be admitted every two/three months to Global Hospital. His hospital visits are never light, a visit means at least a week to ten days stay and incurs expense of almost a lakh per hospitalisation. In 2016-17 he had been hospitalised 6 times and my mother once. We were somehow managing with our medical insurance and my salary.

On 27th July 2017 night he was severely breathless and had to be rushed to the emergency. On testing it showed his kidney was acutely affected and creatinine was high. All possible tests have been done  including Biofire Profiling, CT Scan, MRI, Endoscopic Ultrasound and Fnac but nothing has been detected so far. In the meanwhile he was so breathless that he had to be shifted to the ICU where he had to be ventilated for three days. Dialysis was started. His platelet counts  steadily dropped to 19000. The doctors are currently treating him for a condition called HUS which is a diagnosis of exclusion but they are not happy with the response. Hospital bills have already crossed 10 lakhs and no diagnosis has been made so far. I spoke to the doctors, confessed that I just do not have any more funds to continue with this treatment. But the doctors want two more biopsies of kidney and stomach to be done. They feel it's some aggressive form of post transplant lymphoma. We have exhausted all our contingencies and if things proceed the way they are, we might have to stop his treatment altogether, which is breaking my heart. The doctors are not very hopeful but they want to do these three tests and then take a call. So I have no other choice than to ask our friends and well wishers once again to help a daughter save her father.

I am embarrassed to say the least about reaching out to you once again. But then my father's life is way more precious to me than my embarrassment. If you could help us raise some funds, I would like to continue with my father's treatment and hopefully this time round he will also recover and we can take him home with us.

My beloved father passed away today morning, 2 years post liver transplant. He contracted pneumonia 10 days back and deteriorated very fast and went into septic shock on his 62nd birthday,21st January . This was an incredible roller coaster and thanks to the transplant  he could see my daughter born and grow up into a toddler and also spend quality time amongst his loved ones . Requesting for prayers for his peace . He passed peacefully in my arms with his loved ones around and hearing songs that he loved. I am immensely grateful to each and every person in this campaign who helped us immensely and got him back from door of death twice and his incredible doctors who fought with him for past two years and also made his last few days comfortable and painless. He was a resilient fighter and even this time he put up a painful and tough battle . He didn’t want to go but his body gave up. I’m sure he transitioned into a peaceful painless place and now has became immortal for us. Now no one can take him away from me anymore.
Thanking each one of you on his and my family’s behalf.
Cheers!
Dear Supporters,

Thank you, everyone, for your immense support.
Baba has been more or less stable for the past month. There are minor bumps that still fraught our way like his medicine induced skin infection that requires regular dressing and also his very expensive medications but there is nothing better than to have him with us at home.
His intense nursing and physio care continue and we are praying hard that we all and especially his return to normalcy soon.
Thanks a lot.
Regards

By grace of god and extreme support of everyone the very abled doctors have been able to stabilise him and plan his discharge.
We are scrambling around to pay off the outstanding and take him home .

We have to set up home like ICU with bipap machine and ICU nurses so that he is very closely monitored and taken care of. Please spread the word and continue your support and prayers as we need it as much as possible. Thank you again.
Load more
Donate
OR

Scan & donate with any app
check_circle_outline Download payment receipt
Report fundraiser
Know someone in need of funds for a medical emergency? Refer to us
Rs.1,780,951 raised

576 Supporters expand_more
This campaign has stopped and can no longer accept donations.
$150 Million +
Raised on Milaap
Are you in need of financial support for medical or personal emergencies, or a social cause?
Start a fundraiser
Or
Know someone in need of funds for a medical emergency? Refer to us
Campaign organizer contact_mail
JR
Jaita Roy

Pray for his complete recovery.

Have hope he will be alright

Hi Jaita, I am contributing in my small possible way. I hope and pray for your father to get well and be healthy. Be brave and strong. And keep faith. Bipasha

Pray for his complete recovery.

Have hope he will be alright

Hi Jaita, I am contributing in my small possible way. I hope and pray for your father to get well and be healthy. Be brave and strong. And keep faith. Bipasha

JR
You are sending a message to
Jaita Roy
Go back 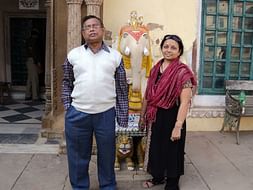 I am fundraising to raise money for my fathers treatment.