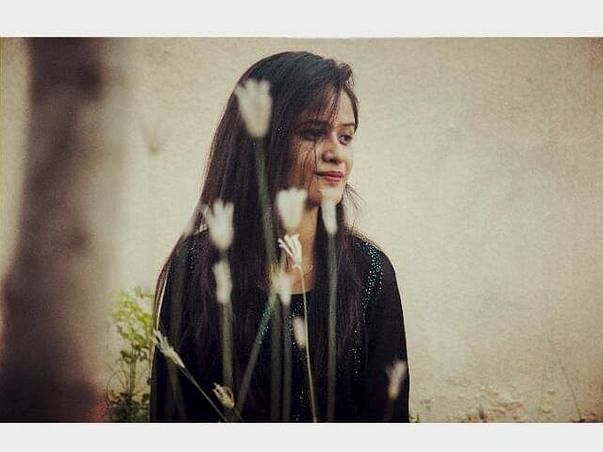 Hello everyone, I am Pradeep Thugaokar(resident of Narendra Nagar, Nagpur) Father of Sanika Thugaokar (18 yrs) residing with her Maternal uncle Avinash Patne (Laxminagar, Nagpur). Sanika is a student of Textile Design from Nagpur University, India.
On Sunday evening, 1st of July 2018 Sanika was stabbed repeatedly by her jilted male friend, Rohit with a big Dagger, at her uncle’s office around 8 pm. Her maternal uncle, Avinash, managed to rescue Sanika but was also injured in the rescue attempt during the dramatic attack.
The guy, Rohit had first gone to her Uncle's residence, which is in the same apartment, where the Sanika had been staying since childhood. Her Uncle, who owns a finance consultancy, was in his office on the ground floor when Rohit tried to meet his former friend, Sanika at home. However other family members refused to allow Rohit inside the house.
So this guy aware of the Uncle's office went there and pleaded him to let him meet Sanika for one last time.
Seeing him for the very first time, her uncle Avinash found his behavior decent.
He told Sanika and him had become good friends while attending tuition classes but their relationship had ended 6 months ago.
When Sanika reached the office, Rohit said just two sentences before beginning to assault her. “The first question he asked Sanika was the reason behind snapping ties with him. Sanika had said she was not interested in maintaining any relations due to his attitude. But Rohit tried to confront her, saying she could have given him at least an opportunity to explain his position,” The whole conversation was happening in front of our Uncle.
Then uncle felt he was getting aggressive, so asked Sanika to go back home. At the moment, Rohit took out the knife from his back pocket and stabbed Sanika in the back.
Avinash uncle immediately reacted and tried to wrench the knife away, hurting his hand too in the process. However, Rohit had by then already pinned Sanika to the ground and was repeatedly stabbing her. He then fled from the place on his motorbike.
A grievously injured Sanika was rushed to Orange City Hospital where doctors immediately shifted her to the operation theatre.
Sanika's condition suffering from multiple stabs continues to be critical now. She is battling for with multiple organ dysfunction. There was a major injury in her abdomen affecting multiple organs like kidneys, liver, and pancreas. Currently, she is holding up on one kidney and is being put on dialysis and Ventilators.
With God's grace and all the prayers of her loved ones, she is responding to treatments now.
She is admitted in orange city hospital fighting with her life.
We need help from you all.
Please donate generously and extend your Helping Hand for Sanika.

UPI: rzpy.givetomlpsanikath001@hdfcbank (Copy to clipboard)
Or
Click here to read the instructions before you make a bank transfer.

Ask for an update
Donated to this campaign via Paytm or bank transfer? Click here if you have not received an email confirmation from Milaap.
Sanika is showing really good signs of improvement! I would like to thank you all for your support. Her condition is stable but still some more days of critical care is suggested.

Health continues to be critical. Blood pressure, haemoglobin are progressing well though not perfect. Ventilators lowered. But still Sanika remains to be in Icu. There are other complications in abdomen. I would like to thanks milaap team for their support... We hope that it is continued till Sanika gets well completely!
Dear supporters,

Thank you all for contributing and extending your help for Sanika.

Her health is improving slowly and hope she gets out of critical condition as soon as possible.

Let's pray for her speedy recovery.

Report fundraiser
See how thousands are crowdfunding for their causes on Milaap
Rs.189,501 raised

You are sending a message to
Tejas
Go back