Help Roadie become a Homie ✈ | Milaap
This campaign has stopped and can no longer accept donations. 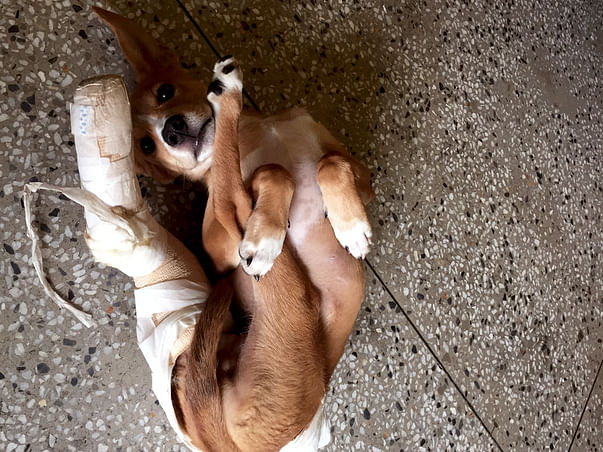 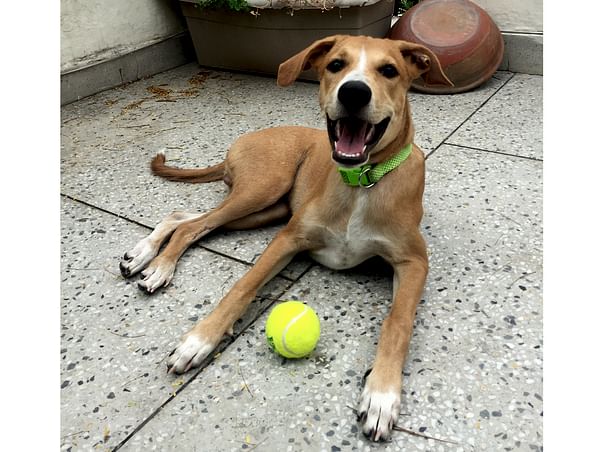 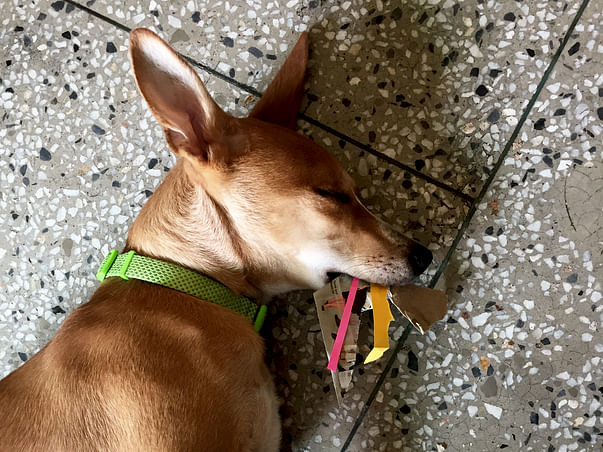 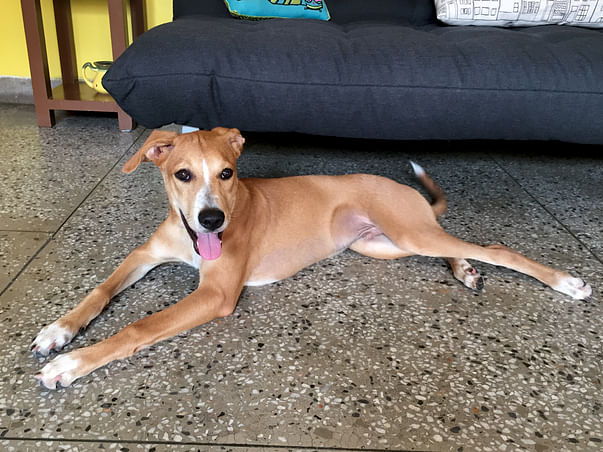 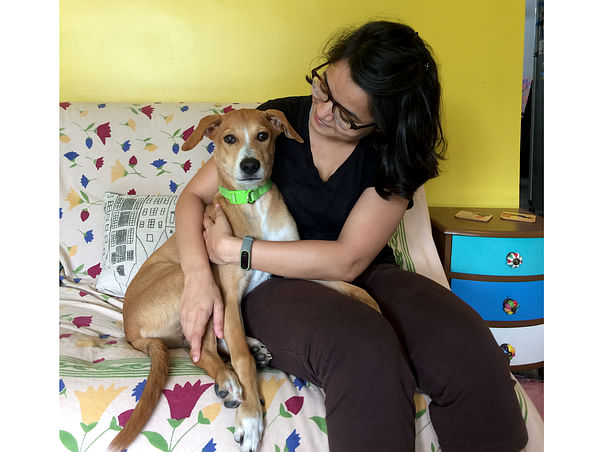 Previous Next
I am hoping to raise some funds to help fly Roadie to the US. The short and long versions of his story are below. Please do read based on the time you have.
Short Version
Roadie, an Indian pup was born in front of my father's house in C R Park. When he was around 4 months old he:
The total expenditure I expect is about Rs. 65,000-70,000. I don't need help with the entire amount as my family and I are pitching in Rs. 50,000. For the rest, I am seeking help from all my dog lover friends.
Please do contribute as much or as little as possible. Even lots of small amounts can help a lot. If you cannot donate, please share!
If this fundraiser reaches its target and I am left with extra funds, everything will go to an animal shelter doing phenomenal work: https://www.facebook.com/kannananimalwelfare/
Full Version
In the beginning of June, Roadie met with some sort of an accident which led to a break in his right femur. He was taken to Friendicoes where his leg was put in a cast. After 2.5 weeks of that, while changing some of his bandages we detected a foul smell coming from inside the plaster. When we took him back to Friendicoes the next day, it was a horrible sight. An entire patch of skin (3-4") had completely melted away and fused with the plaster. In a few other places, there were scabs and rawness. In view of this pretty bad skin infection, the priority was to treat it before anything else. Another x-ray showed initial levels of calcification and the doctor was confident to let him heal without the plaster. The skin wound was to be treated under a soft bandage which would be changed every 3 days.
Roadie being an energetic pup, it was impossible to stop him from running or playing, although we tried out best. Occasionally on exertion, he would yelp or whine and sit down quietly. It was a stressful week or two.
It has been two months since and the latest x-ray shows full calcification. Though he still walks with a limp.
Our initial plan was to rehabilitate him back on the street since his mother and siblings were still there (since he wasn't an orphan or lost, it was still an option). But through the weeks, some of his siblings died and some vanished. It also seemed difficult because by then he had spent close to 3 months in the house, and had very little street skills. Moreover, he still had the limp and we were scared of a re-injury.
I tried looking for a home for him through my usual channels (my small dog loving circle and social media), but as expected I came up with nothing. In this India, where no one wants an Indian dog, it was naive of me to expect that someone would want a dog with a physical injury.
The last option, for me, was asking a shelter or inquiring about a possible home in the US. Shelters don't accept healthy dogs (as they shouldn't). But luckily, a rescue organisation looked at Roadies' face and said YES!

The next step was to find a flight volunteer. And luckily again (is Roadie's luck changing for the good?!) I found one in my family: my sister!! Finding a flight volunteer helps reduce transportation cost by half. But the cost is still considerable.

Please do contribute as much or as little as possible. Even lots of small amounts can help a lot. If you cannot donate, please share!

If this fundraiser reaches its target and I am left with extra funds, everything will go to an animal shelter doing phenomenal work: https://www.facebook.com/kannananimalwelfare/

About Roadie 🐶
Roadie is a charming and loving little boy. I never thought highly of boy-dogs but he changed me. He is calm, cautious and needs minimum two playtimes a day. If we don't have time then he sits quietly and chews his toys. In a short time, he is able to figure out the various equations with the different people, such as who to go to for food, who for cuddles and who for play. He is an utter goofball who oftens forgets things in his mouth. Most importantly, he has a killer smile!

Please help him fly towards a new beginning!
The first xray 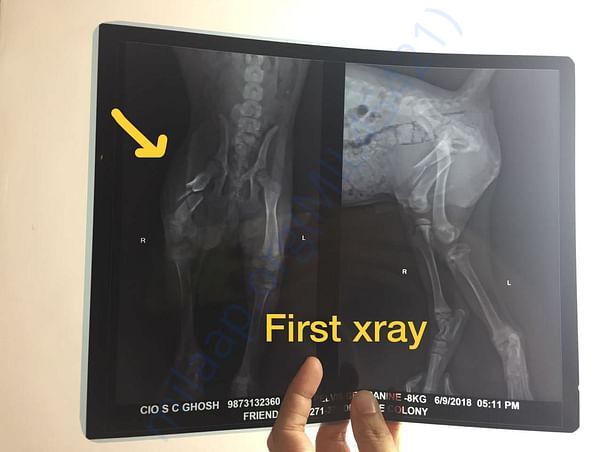 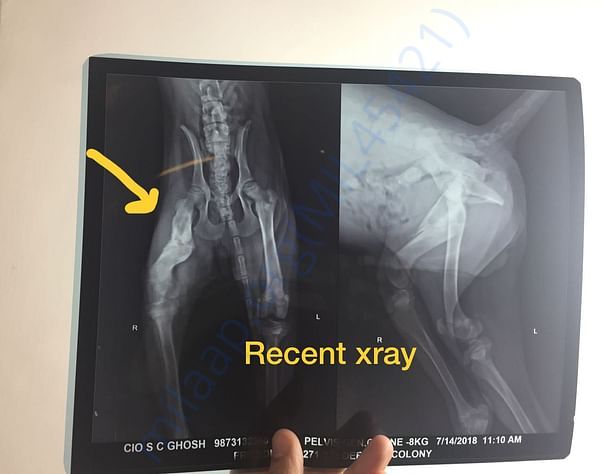 Ask for an update
Donated to this campaign via Paytm or bank transfer? Click here if you have not received an email confirmation from Milaap.
Thank you, everyone, SO SO much! Roadie and my family are so grateful for your generosity and time. I will update all of you personally about Roadie's journey from here on :)

Roadie's campaign target was not only achieved but thanks to all of you it went beyond and is now allowing me to help another dog in distress.

Please read about Brownie and how she is homeless after her entire family perished in a road accident: https://milaap.org/fundraisers/helpbrowniehaveahome

While Roadie has already received immense generosity, if you are here please think of contributing to Brownie.

Thank you all!
Donate

Donated to this campaign via Paytm? Click here if you can’t find your donation listed below.
Nn
Neha donated Rs.500

Loads of love and luck roadie

There once was a dog with a limp, Who refused to room with a shrimp He thought that New York, Could do with a bork, And tied his own tail to a blimp.

Donated to this campaign via Paytm? Click here if you can’t find your donation listed below.
Nn
Neha donated Rs.500

Loads of love and luck roadie

There once was a dog with a limp, Who refused to room with a shrimp He thought that New York, Could do with a bork, And tied his own tail to a blimp.

You are sending a message to
Sriparna Ghosh
Go back 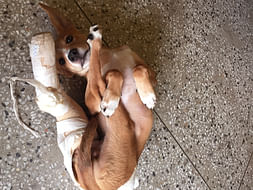