Support Cancer Treatment for Coach Ravi of Indianagar Club, Bangalore | Milaap
This is a supporting campaign. Contributions made to this campaign will go towards the main campaign.
This campaign has stopped and can no longer accept donations.
Milaap will not charge any fee on your donation to this campaign. 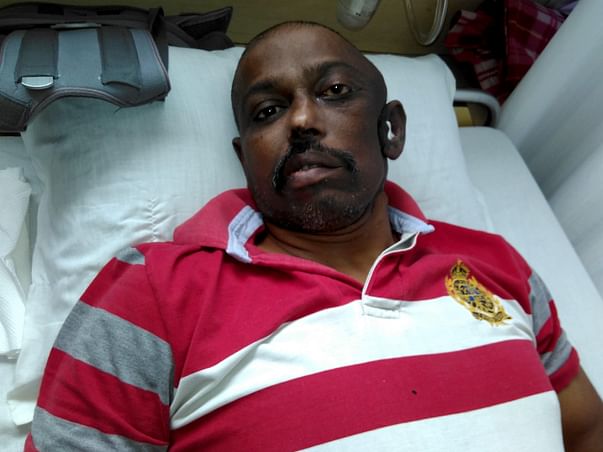 A national body builder and a fitness coach is now undergoing treatment for a rare cancer. It was in 2008, that things took a turn for him. The formerly active and lively man started experiencing unfamiliar symptoms such as severe bone pain. Not sure what was going on with him, Ravi visited multiple hospitals across Bangalore to seek answers. This only left him with various misdiagnoses, treatments that did not work, and very little money as his medical bills racked up.

Ravi started experiencing pain in his mouth to the extent that he could not open his mouth. Diagnosis showed that there was a tumour like growth, which led to the pain. With a surgery, this was removed but it appeared again and this time, affecting his ears. Doctors had to remove part of his cheek bone to save him. The tumour started spreading to his eyes and spine. He underwent a surgery again. For months, Ravi suffered in pain, without knowing the reason to his misery.

Once a champion who inspired many in the field of body building and fitness, his disease came as a shock to his students and colleagues.

After 4 Years of Struggle, He Was Diagnosed of Cancer

Four years later, Ravi was worn out from seeking answers and was about to give up, when he got a biopsy done.

The results revealed a devastating news. Ravi was diagnosed with cancer of the left parotid (salivary) gland and spinal cord. He was worried because he did not know how he would afford the treatment. This husband and father remains the only breadwinner of his family of four and makes Rs. 15,000 monthly. With the amount of income being only enough to support living expenses for his family,

Ravi did not know how he would be able to pay for any of his cancer treatment.

How You Can Help Ravi

Ravi was asked to undergo surgery, chemotherapy and radiation. He is recommended to undergo spinal decompression surgery. After recovering from his surgery, he needs to get chemotherapy and radiation treatment.  At this point, Ravi is hopeful for a better future. With every treatment, he gets closer and closer to recovery. Please support and donate for the treatment of  Ravi as it is crucial for his health and speedy recovery. He will not be able to do it without your help.
Faith and strength is something a person must have or gain when going through a vulnerable stage in life. Ravi hopes to fight, join him in his battle against cancer.

We are deeply saddened to inform you that Ravi passed away on 21st November at 5:30 am in the morning at his home. He was discharged from the hospital on 31st October and was kept under home care.

Ravi was recommended 18 cycles of chemotherapy. On completing the 14th cycle of chemotherapy, he developed lung infection and breathing problems. He was immediately admitted in ICU and was kept under oxygen support. The family preferred to take him home and doctors suggested to resume chemo cycles after stabilising the breathing problem.

2 Supporters expand_more
This campaign has stopped and can no longer accept donations.
$150 Million +
Raised on Milaap
Are you in need of financial support for medical or personal emergencies, or a social cause?
Start a fundraiser
Or
Know a similar organisation in need of funds? Refer an NGO
Campaign organizer contact_mail

You are sending a message to
Bibhuti Bhushan
Go back 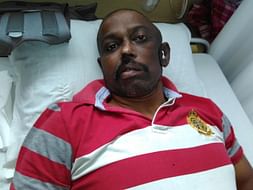