Priya a young homemaker needs a complex brain surgery ASAP | Milaap
Milaap will not charge any fee on your donation to this campaign. 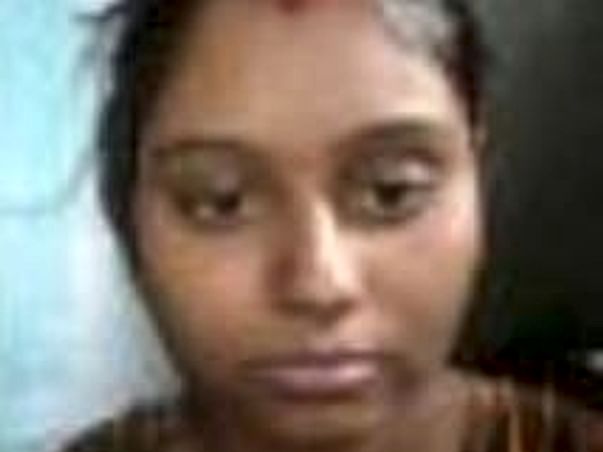 Priya Das, a 23-year-old homemaker from Kolkata suddenly suffered a severe headache with nausea towards the end of April. She was admitted to NRS Hospital in Kolkata, where an AVM in the Brain was diagnosed after a CT Scan.
(AVM : AVM stands for Arteriovenous Malformation. An AVM is a tangle of abnormal and poorly formed blood vessels (arteries and veins).
They have a higher rate of bleeding than normal vessels. AVMs can occur anywhere in the body. Brain AVMs are of special concern because of the damage they cause when they bleed. They are very rare and occur in less than 1% of the general population. AVMs that occur in the coverings of the brain are called dural avms.)
Due to the severity of the AVM, she was referred to Neuro Specialty Hospital where CT Angiography confirmed the presence of a large and complex AVM.
But due to the size of the AVM, one of the senior Neuro-Surgeons was of the opinion that, "This patient has a large AVM, which has probably ruptured. It is a very complicated AVM and needs evaluation with MRI and DSA. This AVM is large for Gamma knife radiosurgery.
Ideally, this will require a couple of session of embolization, followed by surgery.”
(Embolization: Under general anesthesia, a small catheter (plastic tube) is advanced from the groin, into the brain vessels and then into the AVM. A liquid, non-reactive glue is injected into the vessels which form the AVM to block the AVM off.
There is a small risk to this procedure and the chances of completely curing the AVM using this technique depend on the size of the AVM. It is frequently combined with the other treatments such as radiation or surgery.)
Most of the doctors in Kolkata were of the opinion that the patient should visit NIMHANS as it’s the apex Neuro Institute of India and the AVM seems to be of a very complex nature (also due to Priya’s family’s financial condition, we felt that NIMHANS, being a government hospital, will be the cheapest option).
Realizing the urgency of the situation, our organization, Mission Arogya, contacted the Director of NIMHANS and arranged for an appointment for Priya and, with the help some friends, arranged for her and her spouse’s travel to Bangalore on a war-footing.
They reached Bangalore on 23rd July and on 24th July, Priya was seen by senior neuro surgeon, Dr. Pruthi, Dr Sampath and HOD Dr Bhaskar. They advised for an immediate DSA and MRI.
As only one MRI machine was working, there was a waiting period of a couple weeks or more. Once again, our volunteer network sprung into action and within three days, the MRI (28th July) and the DSA (29 July) was done.
Priya and his spouse visited the Neurosurgery Department again with the reports – the outcome was simultaneously good and a little worrisome. The good news was that though the AVM was large, the surgery would be successful with embolization the surgery and the AVM could be completely cured.
(Surgery of AVM: The AVM is surgically removed in an operating room under general anesthesia. Since AVMs do not grow back, the cure is immediate and permanent if the AVM is removed completely. The risks of surgery are considered to be high for AVMs that are located in deep parts of the brain with very important functions.)
The worrying news was, while the surgery would be completed at a very minimal cost, the embolization material cost needed to be arranged by the patient. The embolization material is imported from US and costs approx. 4.5 lakhs. So, in total approx. 5 Lakhs was the estimate provided by NIMHANS.
To make matters worse, Priya's husband, Abhijit has lost his job a few months earlier. With him currently out of job and without any savings, it’s impossible for them to arrange for this amount.
We, at Mission Arogya, have extended support to Priya with the incidental costs so far, but 5 lakhs is a big amount. And we request you to help Priya and provide her with a new life. Without your help, it will be impossible to get the surgery done. 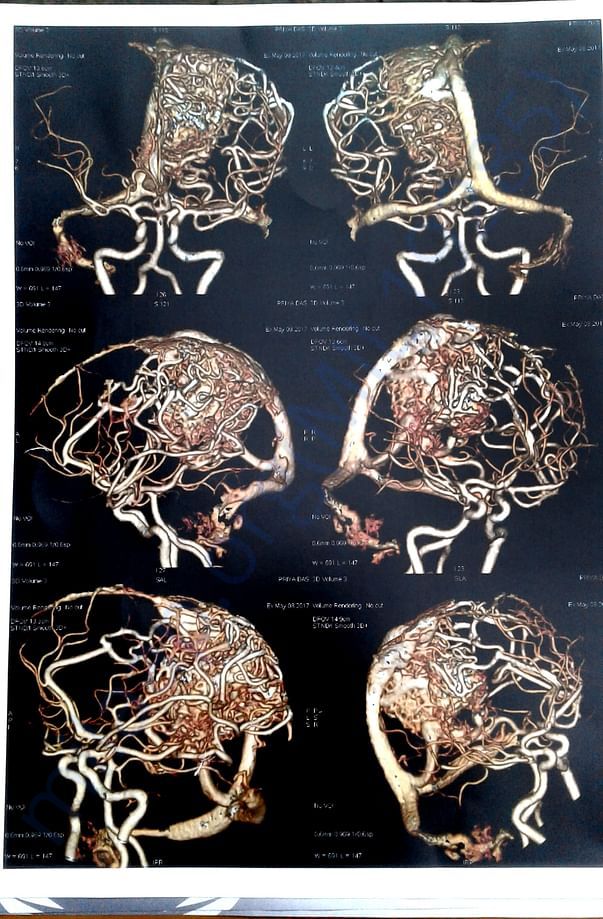 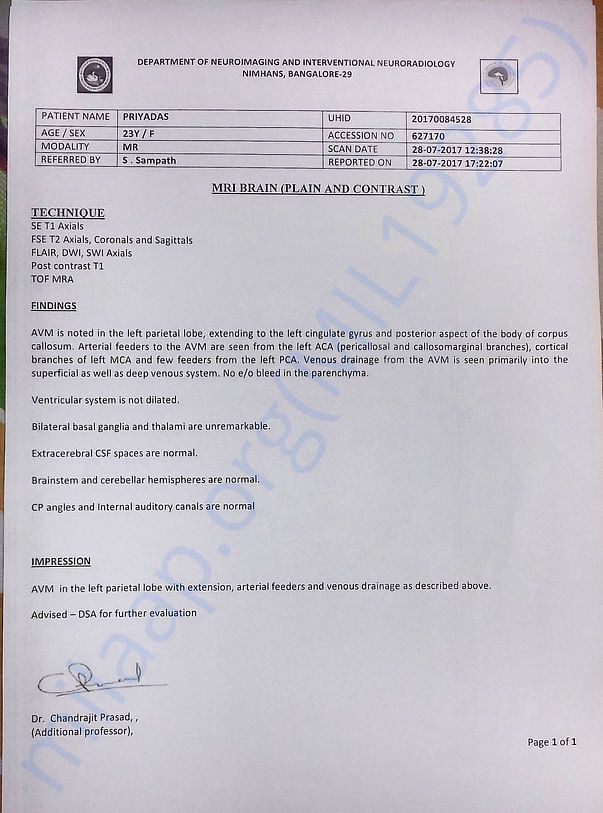 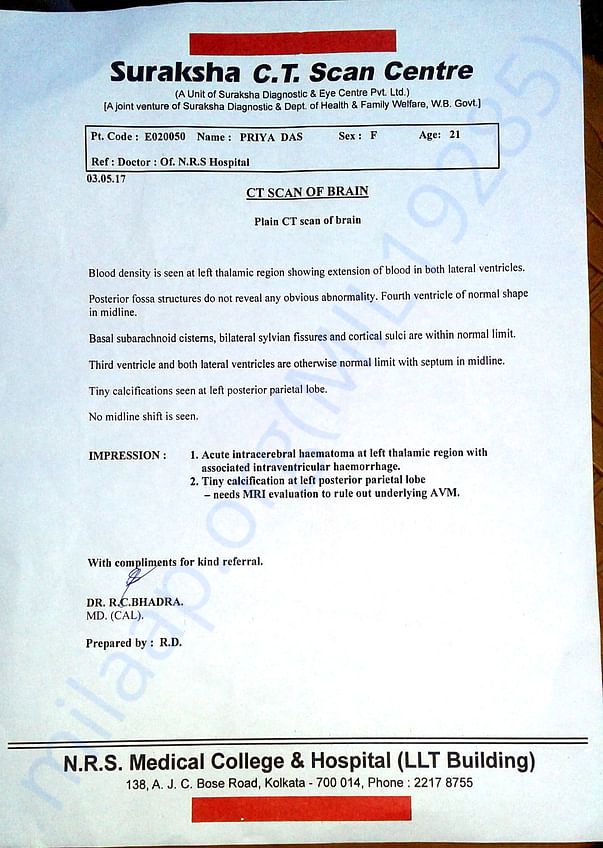 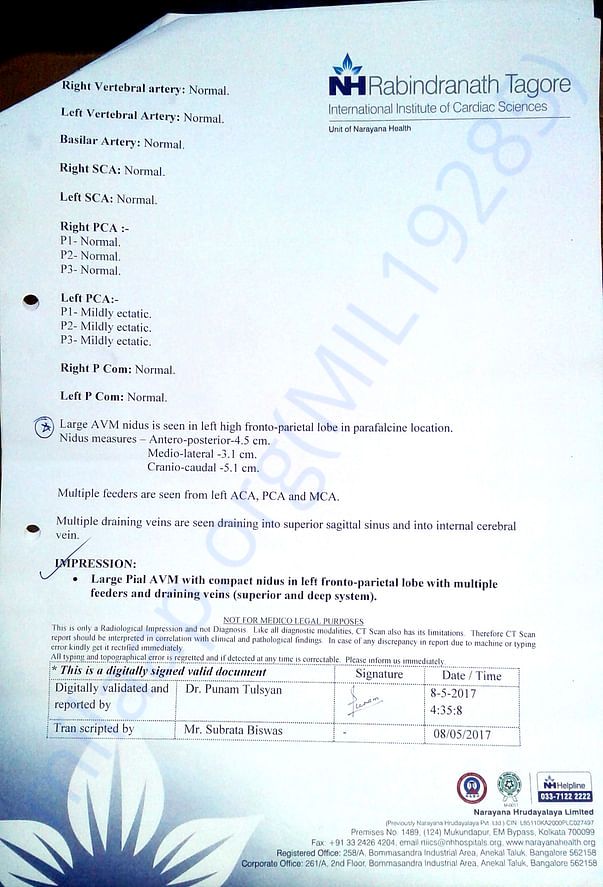 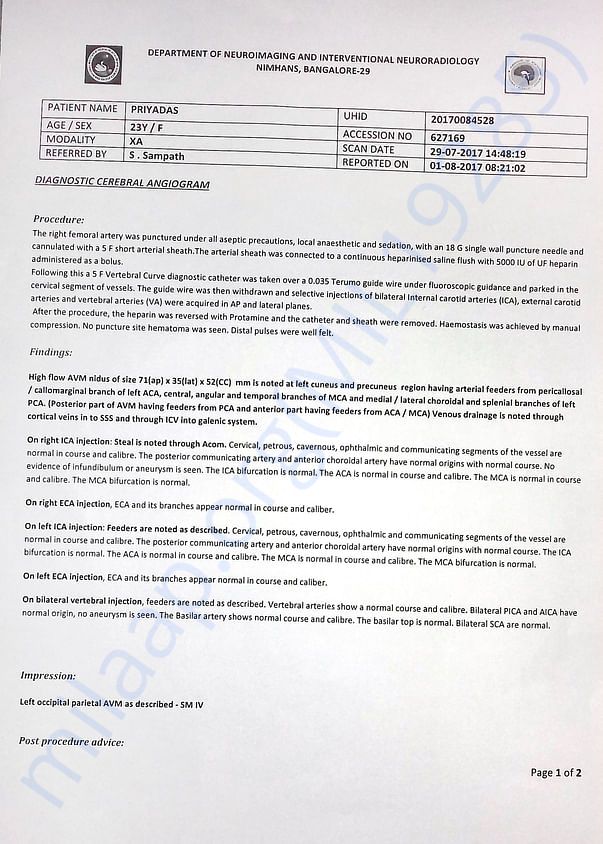 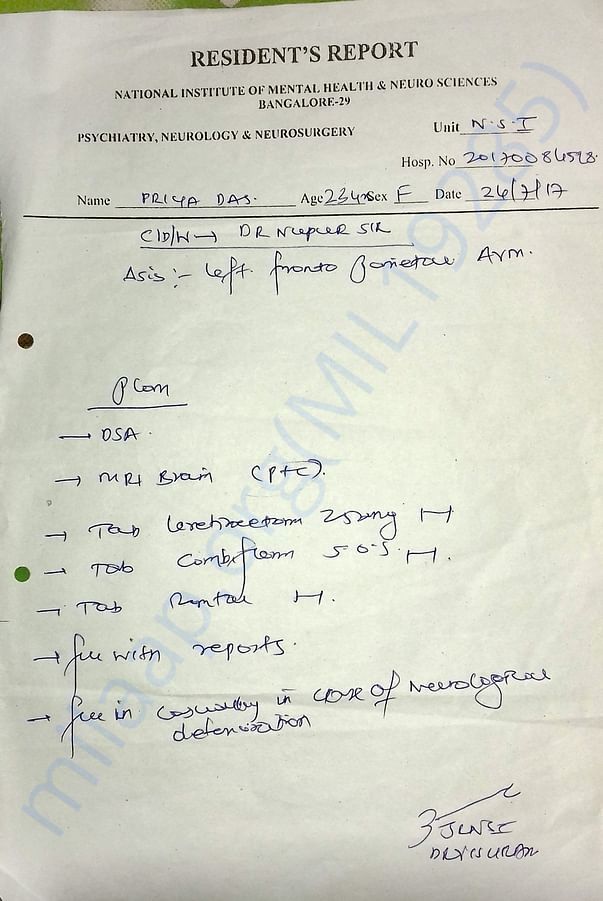 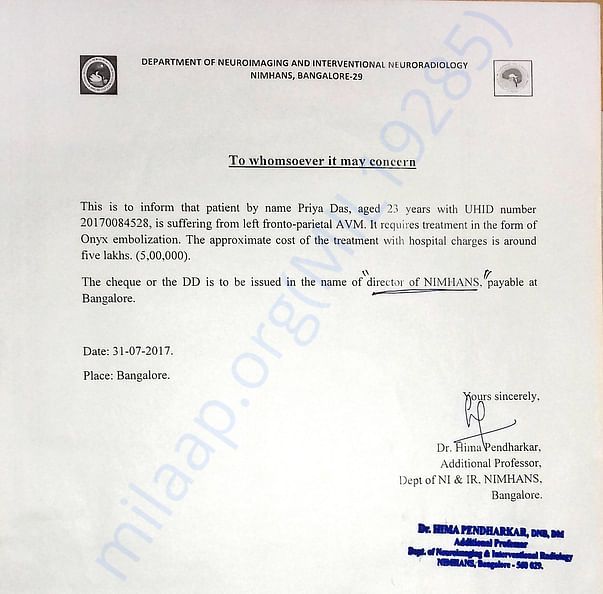 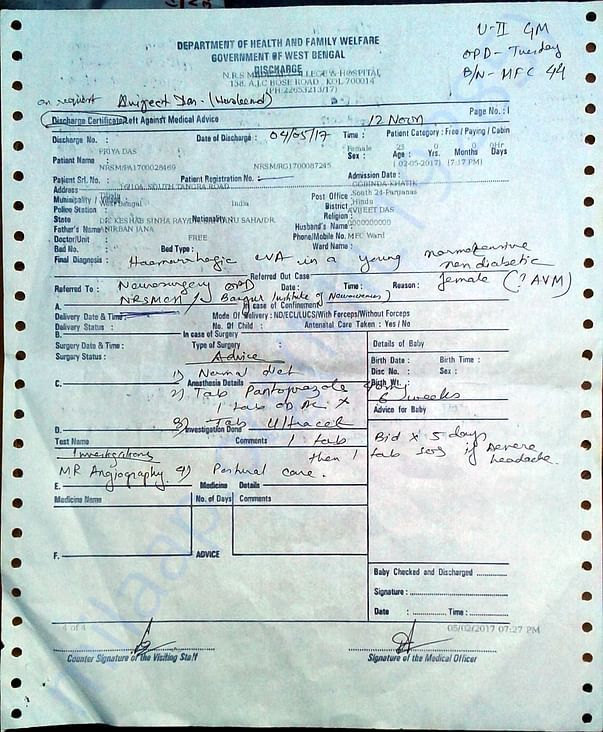 Scan & donate with any app
check_circle_outline Download payment receipt
Report fundraiser
Know someone in need of funds for a medical emergency? Refer to us
Rs.14,500 raised

You are sending a message to
rita bhattacharjee
Go back 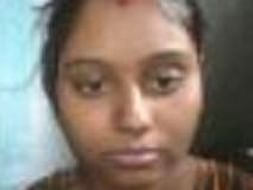