Help Amit Fight Coma. | Milaap
This campaign has stopped and can no longer accept donations. 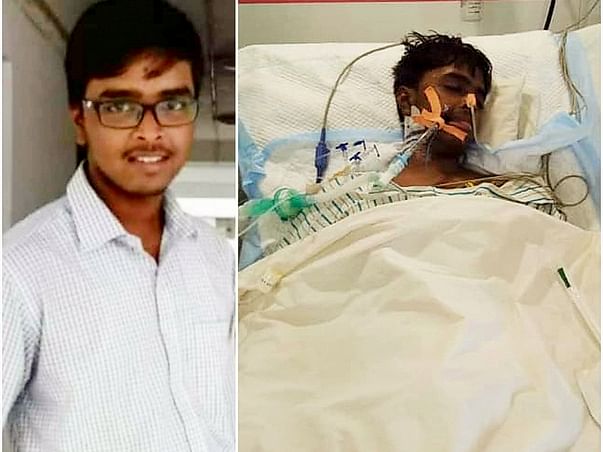 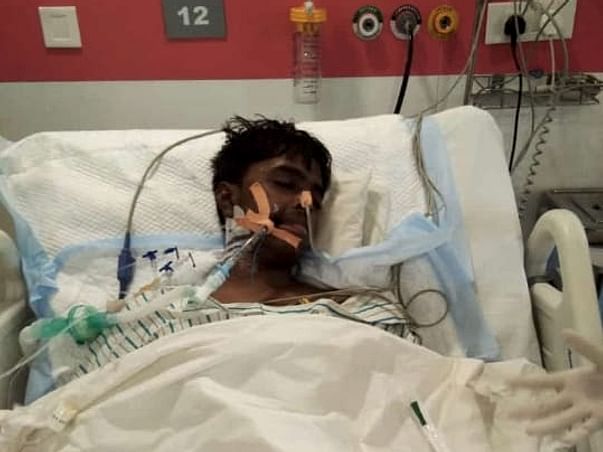 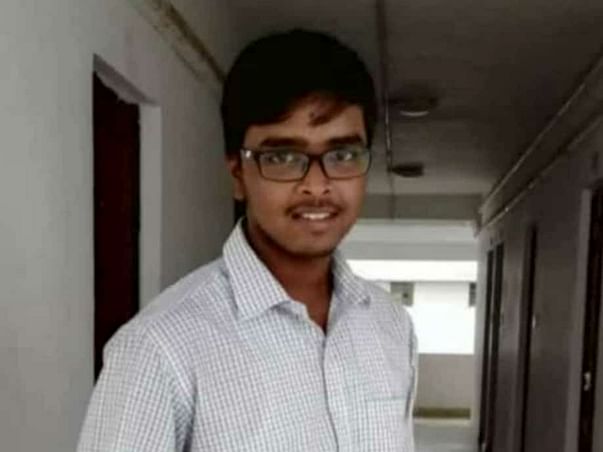 Previous Next
AMIT KUMAR, a student of  NIT, JAMSHEDPUR met with an accident on 26th August,2018. Amit, his father and his mother were severely injured in the accident but fortunately both his mother and father are now out of danger.
But in Amit's case, his Left Femur bone broke and as it was a holiday due to Raksha Bandhan, he didn't get proper treatment on that day and his injury become worse, the next day before he could get any treatment he become unconscious.
After 2 days of unconsciousness, the Doctors of Gurunanak Hospital, Ranchi where Amit was initially admitted were clueless and they asked Amit's family to shift him to a better hospital.
He was then immediately shifted to one of the best private hospitals of Jharkhand, Medanta Hospital, Ranchi.
After doing all medical check ups, the doctors told us that Amit was suffering from a rare syndrome called FAT EMBOLISM Syndrome, (FES).
And due to this syndrome, some part of his brain was damaged and resulted into coma.
Doctors are doing their best to get Amit back into conscious state and do further treatment. Amit has been unconscious from the 2nd day of his accident and had not shown any sign of getting conscious till now.

Now, the most important thing which must be shared with everyone is that Amit's father is a retired teacher and the current financial position of the family is not that good to afford such costly treatment. The Average per day treatment expenses are about ₹40,000 to ₹50,000.
Moreover, the doctors are not able to tell surely how much time will it take for recovery as it is a case of coma.
So Amit and his family need help and support from everyone of us who can come together and save a life.
Bill details of the treatment for 10-11 days 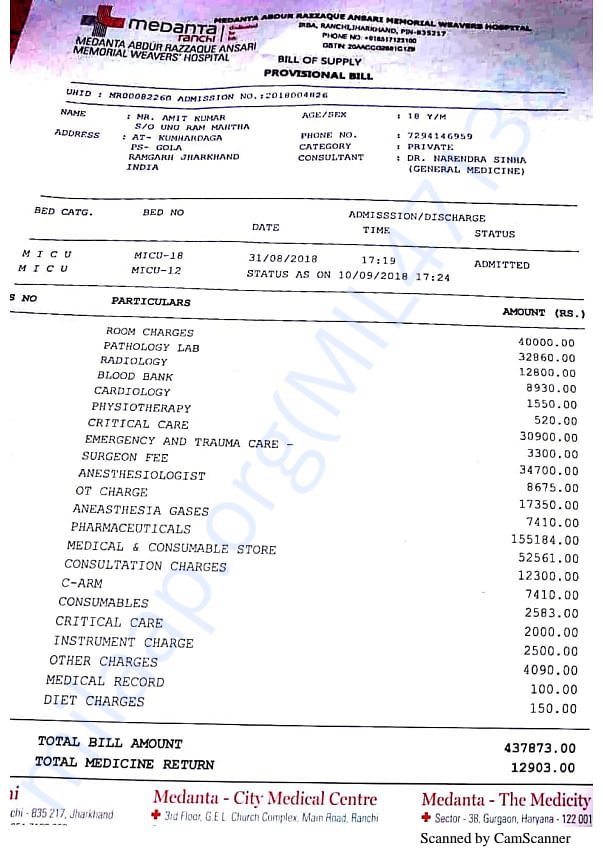 Bill details of the treatment for 1st 4-5 days 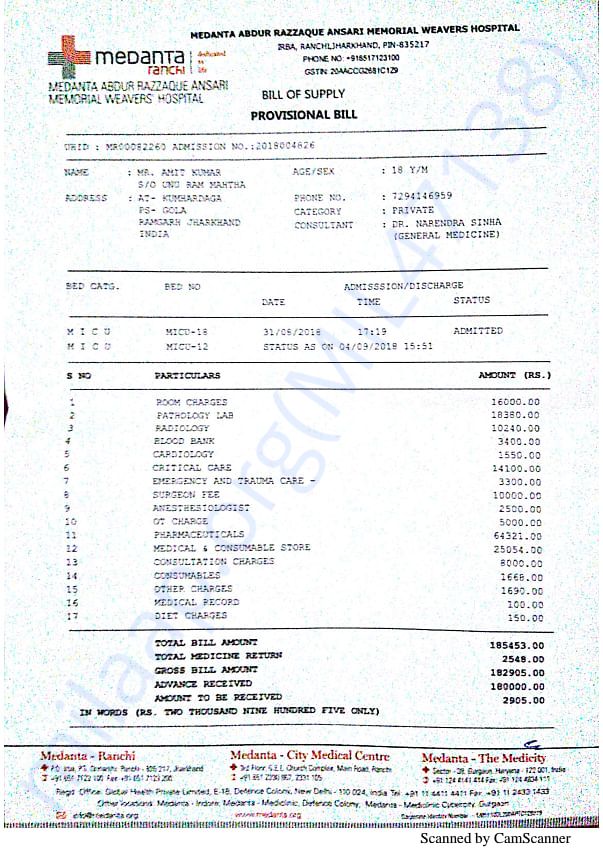 MRI Report of the patient 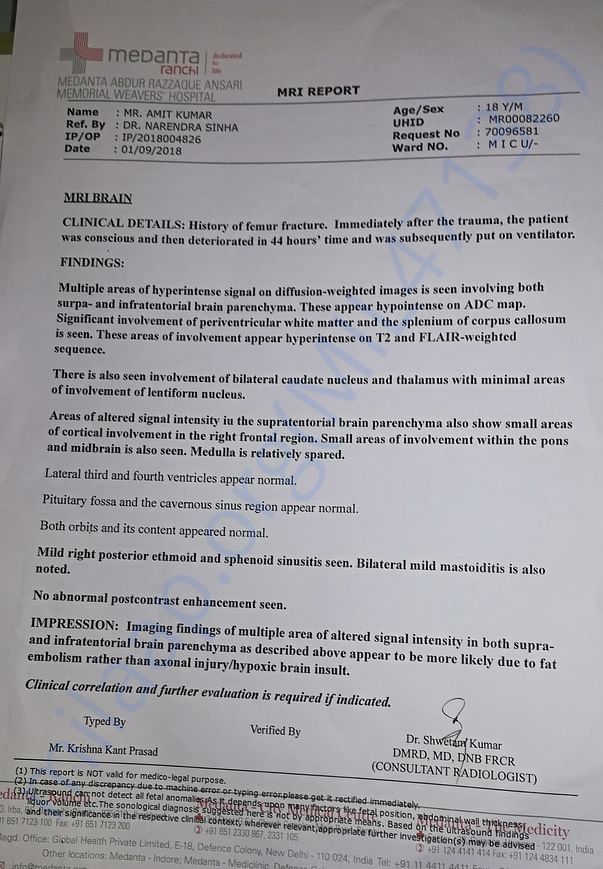 Thanks everyone for their support and help. As Amit is now out of coma, we would like to stop raising funds for the time being, if further necessity arises we may resume the fund raising again.

With regards,
Sumit Kumar
Thanks to everyone for support,
Amit is Out of coma now, but he is facing some problems in responding, according to doctors amit is recovering day by day.

Thank you so much for the love and support. Here is a quick update on Amit's health.

The doctors are trying their best to get him back into a conscious state, but they are not sure exactly how much time it would take for Amit's recovery, as he is showing slow progress.

Yesterday, doctors performed a surgery on his broken left femur bone and it was successfully done, but it was a costly surgery for which we are withdrawing funds.

However, he still has not gained consciousness and is on ventilation support. Please pray for his health and speedy recovery.

Donated to this campaign via Paytm? Click here if you can’t find your donation listed below.
A
Anonymous donated Rs.100
MI
Milaap Impact Partner donated $0.61

Donated to this campaign via Paytm? Click here if you can’t find your donation listed below.
A
Anonymous donated Rs.100
MI
Milaap Impact Partner donated $0.61

You are sending a message to
Sumit Kumar
Go back 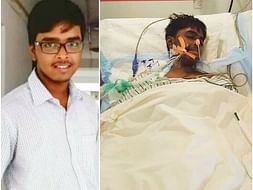