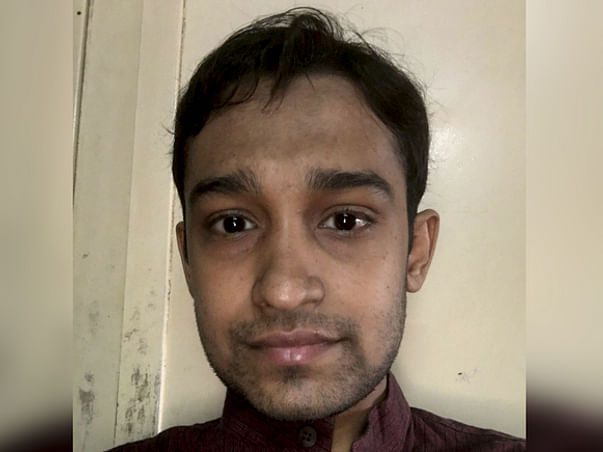 Hi,
My name is Priyanka Bajaj and I am starting this fundraiser campaign on behalf of Srinivas Prabhu.
Srinivas (26) is suffering from chronic kidney failure (CKD) and needs medical assistance for survival.
He was diagnosed with CKD 11 years ago, and in the year 2006, he started his first dialysis treatment under Nephrologist Dr. M.M BAHADUR at Jaslok Hospital and Research Centre, Mumbai. After one and half year of dialysis, the family decided to undergo kidney transplantation for him his mom, Mrs. Naina Prabhu (57) donated one of her kidney's to him in 2007.
Unfortunately, the kidney lasted for only 9 years and Srinivas had an episode of rejection in September 2016. Since then, he is back on dialysis twice a week under the same treating doctor and hospital. He has been advised a second kidney transplant at the earliest as his health is deteriorating. Hence, his father, Mr. Vithaldas Prabhu (60) has decided to donate one of his kidneys to Srinivas.
Unfortunately, the transplant is ABO incompatible kidney transplant and hence the cost of complete surgery is higher than a compatible match. The surgery estimation given by the hospital is approx. INR 12-12.5 Lakhs (excluding complication cost if any), and the hospital letter for the same has been attached.
I am seeking financial help on behalf of Srinivas, who is presently unable to afford this kidney transplant.  To give you a few more details, Srinivas has medical insurance of INR 3 lac, of which INR 2.40 lac has already been utilised for the treatment since September 2016, when he was hospitalized for 10 days. Besides, the family has managed to raise INR 60,000/- thus far from personal finances, and is running short of approx. INR 11,50,000/- (Rupees Eleven lac fifty thousand)
The tentative date of surgery is on 8th June 2017. Renal report and letter from Jaslok Hospital have been attached for your reference. I have also attached Srinivas's picture in the "photo" section.
Further, contributions can also be made directly in the name of Jaslok Hospital. If you wish to contribute via a cheque payment, you can directly reach out to Srinivas (+91 9819870322) or Mrs. Naina Prabhu (+91 9819791640) for details. I am reachable at +91 9930526205.
Thanks and regards
Priyanka
Jaslok Hospital letter - estimation of medical expenses 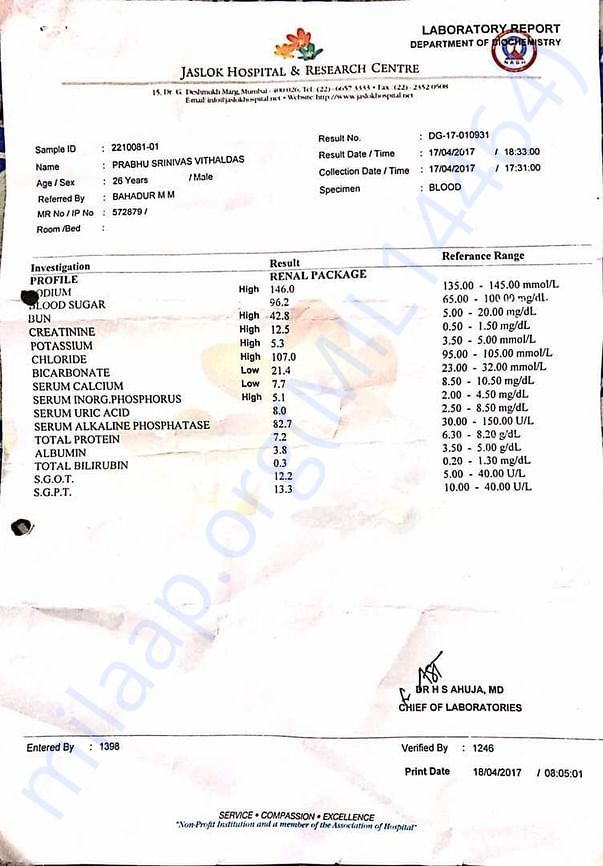 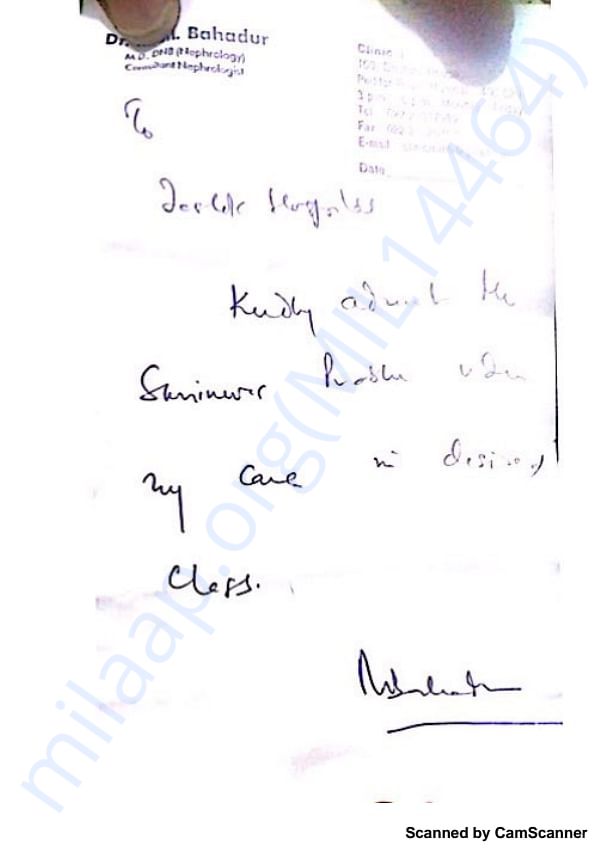 Ask for an update
Donated to this campaign via Paytm or bank transfer? Click here if you have not received an email confirmation from Milaap.
Hi! I am really very happy to share with you that I underwent a successful surgery. My father's kidney is working quite well as of now and dad is also doing fine. My surgery was scheduled on 19th June 2017 morning 9:30 am. It took a total of 6 hours successful surgery, I underwent 5 plasmapheresis treatment and 3 dialysis treatment before my surgery. I was also on methylprednisolone injection in case of acute rejection prevention as it was ABOI transplant.

Donated to this campaign via Paytm? Click here if you can’t find your donation listed below.
A
Anonymous donated Rs.26,000
MM
Madhu donated Rs.10,000

Wish you good health and happiness!

Donated to this campaign via Paytm? Click here if you can’t find your donation listed below.
A
Anonymous donated Rs.26,000
MM
Madhu donated Rs.10,000

Wish you good health and happiness!

You are sending a message to
Priyanka Bajaj
Go back 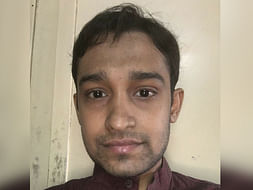