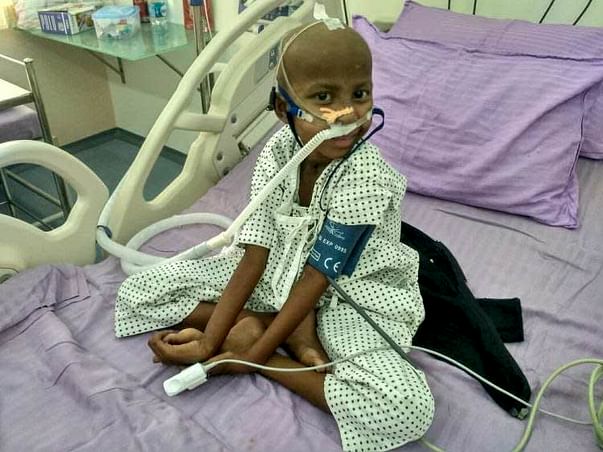 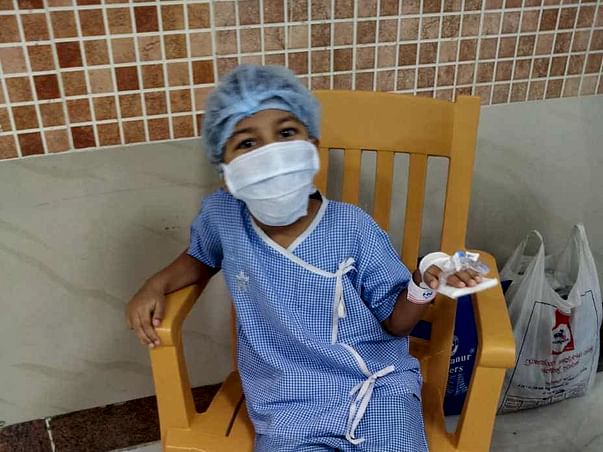 Sanuthi was diagnosed with a debilitating blood disorder right after her birth. Her parents were told that the only cure was a bone-marrow transplant. It was beyond their means, but in a few years, they were able to arrange it. Unfortunately, before recovering from the bone-marrow transplant, Sanuthi contracted a fungal infection. Her parents put everything they had towards the transplant and have nothing left to save their daughter now.

Though Sanuthi has been sick all her life, she is a happy child

Sanuthi is her parents' only child and her parents Wawgsweera and Kumari were thrilled when she was born. But in just three months, they knew something was very wrong with their baby. Sanuthi had fever and was vomiting whatever she ate. In some time, she stopped feeding  completely.


Sanuthi back home in Sri Lanka

Sanuthi's worried parents took her to a local hospital. It was here that their baby was diagnosed with a blood disorder, where her body simply did not produce healthy blood cells. The only way for the baby to survive was to get new blood put into her body.

Sanuthi's ordeal started then. At first she needed blood twice a month and by the time she turned six, she started needing blood every second day of the week. Blood transfusions are expensive and very dangerous if taken with such frequency.

The extra iron in the outside blood tends to collect in organs, damaging them. Constant needles destroy the veins and it is getting more and more difficult to find a vein to give Sanuthi a blood transfusion. Unable to watch their cheerful, bubbly child suffer any longer, her parents decided that they would find a  way to make their child better.


Sanuthi has been taking treatment in India for months now

Sanuthi's parents had borrowed heavily from their friends and family. They sold off a lot of valuables and even solicited donations for the treatment. They thought that everything would go smoothly once they collected Rs 28 lakhs and got Sanuthi's bone-marrow transplant.


Sanuthi takes a selfie with her father

But it was not to be. In her weakened state, Sanuthi contracted a fungal infection that will be deadly if not treated immediately. Her medicines are very expensive and are her only chance to get better. Unfortunately, her parents have nothing left and are struggling to even pay for medication that keeps Sanuthi alive.


More than anything else, Sanuthi talks about school and going back

Sanuthi herself is a shadow of her former self. While she is always ready with a smile for her parents she has become very quiet. Too quiet for a 6-year-old. When she talks, she asks questions about school and her friends in school. They all seem like a distant memory to a child who has been through so much.

Sanuthi's parents came to India with the hope of taking back a completely healthy Sanuthi. If Sanuthi does not get treatment, she will not make it. Her parents have nothing left and are stuck in a terrible position. They need help saving their only child.

Your contribution will save Sanuthi's life.

Scan & donate with any app
check_circle_outline Download payment receipt
Report fundraiser
Know someone in need of funds for a medical emergency? Refer to us
Rs.24,591 raised

Donated to this campaign via Bank transfer/QR Code? Click here if you can’t find your donation listed below.
AT
ASHISH donated $30

Donated to this campaign via Bank transfer/QR Code? Click here if you can’t find your donation listed below.
AT
ASHISH donated $30 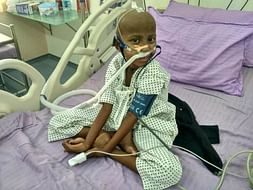