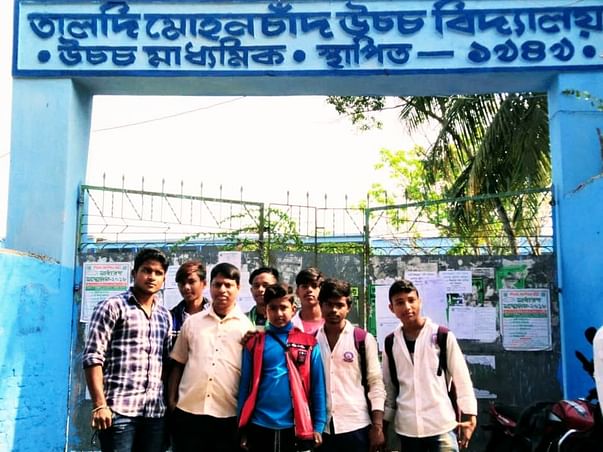 We in Hindu Samhati believe that only education can build a strong Nation, so we decided to reach out at the grass root level and work on the ground level to address the problems faced by the children in continuing their education.

Sagar Haldar and his Mission

We met Sagar Haldar who has been working for promoting education at Primary, Secondary as well as Higher Secondary levels for the poorest of the poor families in various districts of West Bengal and has devoted his life for facilitating education of school going children from poor families.

Sagar Haldar belongs to a poor family from Kolkata, West Bengal. 11 years ago, Sagar's left hand had to be amputated due to cancer. However, the deadly disease could not stop him and instead of becoming despondent, Sagar chose to become a pillar of strength to others. In the present, Sagar, who is now in his early thirties, is married to Soma and they have a young daughter Mou. Soma earns by stitching clothes while Sagar is working full time for the education of underprivileged children.

The Root Cause of the Problem

While working with these underprivileged children, Sagar noticed that many them who were studying in Government sponsored schools, dropped out because their parents could not afford to buy the required books. The West Bengal Government provides only Bengali, English and Mathematics text books to class IX and X students. However, for studies, reference books are needed which these families cannot afford.

Sagar’s primary aim is to help those students who are meritorious but from poor families. In this attempt, he is going to distribute the required reference books to 500 students of Class IX and X for the academic year 2019-2020. The estimated cost of the set of books required for a student is approximately Rs. 1000. This makes up the goal of INR 5 lakh of this campaign.

I have started this campaign in favor of Sagar so that his dream comes true. I request you to support Sagar in his noble effort.

UPI: rzpy.givetomlpsagarhal001@hdfcbank (Copy to clipboard)
Or
Click here to read the instructions before you make a bank transfer.

Estimate for 1 set of books 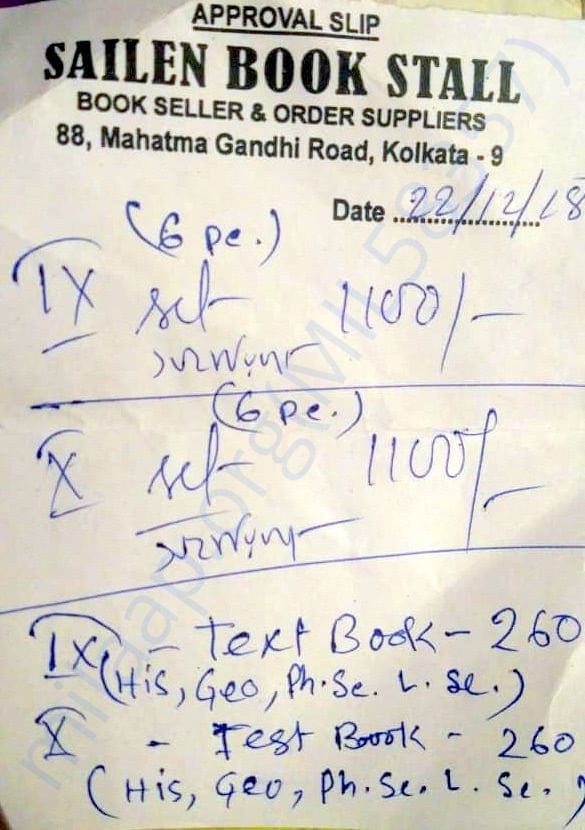 UPI: rzpy.givetomlpsagarhal001@hdfcbank (Copy to clipboard)
Or
Click here to read the instructions before you make a bank transfer.

Ask for an update
Donated to this campaign via Paytm or bank transfer? Click here if you have not received an email confirmation from Milaap.
Namaskar,
I want to thank all contributors from core of my heart.
We have given reference books to a student in South 24 Parganas. For details click on the link below.
https://twitter.com/SamhatiHindu/status/1099620331671568385?s=19


We are going to distribute reference books among poor Adivasi students in Canning shortly.
Attaching invoice of payment here.

I am happy to let you know that we have decided to distribute reference books to 100 poor meritorious students in Canning, South 24 Parganas and Suri, Birbhum on 1st week of March, 2019.

You know that we earlier distributed books in Balurghat, Dakshin Dinajpur district on 2nd February, 2019.

The academic session is going to commence from April 2019. So We have to raise the required fund in a very short time.

I request all sympathizers to take some more initiative to promote this campaign and help us to reach the goal.

Thank you.
Namaskar,
We are delighted to inform you that we have distributed reference books to 50 poor meritorious Adivasi students in Balurghat on 2nd February 2019.
Students along with their parents attended the program and in front of some dignitaries of Balurghat town the books were handed over.

We have started preparations for our next event on the end of this month in Canning, South 24 Parganas district. We need your support so that we can raise sufficient funds to reach our goal.

Some pictures and videos are attached herewith.

I want to thank my friends again who has supported us for the noble mission.

I am with Hindu Samhati of their every decision.

Thank you so much for doing the noble work.

I am with Hindu Samhati of their every decision.

Thank you so much for doing the noble work.

DB
You are sending a message to
Debtanu Bhattacharya
Go back 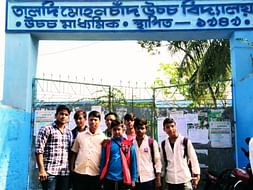