Help Rukmini's Grandchildren From Being Homeless and out of School | Milaap
Milaap will not charge any fee on your donation to this campaign.

Help Rukmini's Grandchildren From Being Homeless and out of School 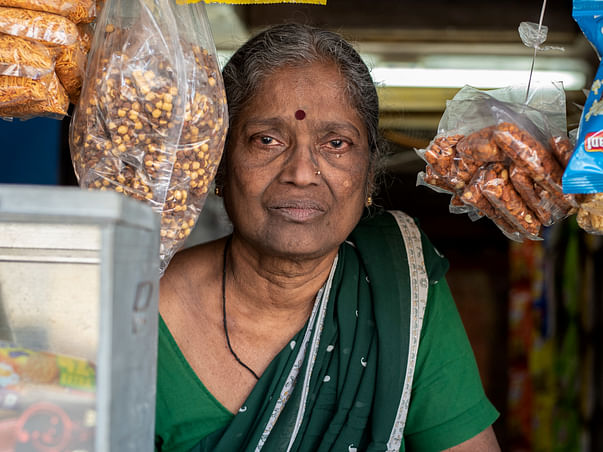 "All 3 of my sons are dead. One of my sons, Tilak, died in an accident when he was just 21. Last year, Umesh, who worked a government job at the Worli dairy shockingly passed away from a sudden heart attack. He had just come home for lunch and this happened so swiftly. Ganesh was my only child alive and he was disabled but in November 2018, he succumbed to kidney failure too. I still can't believe how quickly all of this happened. I haven't even got the time to grieve.


Portrait of Rukmini at the store she works in

Umesh was the only working member of the family and now his wife, Hemlatha (42), their children - Tilak (15) and Chetan (14)  - and I live together in the government quarters. It’s been 18 years since my husband died too. As a mother, witnessing the death of your own children is by far, one of the worst things. It feels like everything was taken from me.

Even though I've dealt with the sorrow of losing all 3 of my sons, it still feels like now is the hardest time for us. Hemlatha, my 2 grandchildren and I continue to live in the government quarters which was given to us because my sons worked for the government at the dairy. But after Umesh's death, no one from the family works at the dairy, so we have been threatened to evict the premises. There is no one to support us financially. Where will we go? The streets are our only option. Hemlatha is a B.A. graduate and she has been trying to get a job at the government for a long time, even on the grounds of Compassionate Appointment, so that we can continue living at the government quarters but they keep telling her that she has to wait for a long time before she is even considered.

We still haven't paid Tilak and Chetan's school fees for the past year and they're too young to get a job, they've not even finished school yet. I’m not educated but I work in this small store, where I don't get paid much. We all survive on 1 meal a day. Just a couple of days ago, some people had come to evict us but I managed to buy some more time. I don’t know what will happen to the kids if we’re forced to leave. Every day is a struggle and it seems like there is no hope at all. I wish we could speak or a write a letter to Modiji and he’d see how we’re living, but I know that it’s a longshot. With my sons’ death, my world has been taken from me. With their father gone, I can’t see my grandchildren become homeless.” – Rukmini Pujari, 62

Rukmini Pujari and her family could possibly be forced to evict their premises in the near future. Apart from doing the household chores and looking after her 2 children, Hemlatha has been tirelessly trying to get any kind of job within the government but she has been sidelined over and over again. The family hasn't even had the time to mourn over their dead members, 2 of whom passed within the same year. This can be heartbreaking, especially for Rukmini, the mother. With no money to even feed their kids properly, all they want is to secure a job to secure the roof and they need someone to support their children's education. (Read note below). Chetan is about to give his 10th grade exams next month but they've been constantly pressurized to pay the fees.

Please help Rukmini's grandchildren with the education fees and help them continue their education.

Below, I've attached supporting documents on the fees of Chetan and Tilak. Chetan is currently in the 10th grade and Tilak has just entered Junior college. When it comes to the fees, I have to be honest and I want you to know one thing. Hemlatha's husband - Umesh - had enrolled his kids in a private education center when he was alive. This education center charges Rs. 57,000 per year per student for 10th grade students and around 18,500 per year for junior college students. The fundraiser amount is the total of the 2018/19 academic year, which Chetan and Tilak are on the verge of completing. (Rs. 57000 + [Rs. 37760/2] = Rs. 75,880)

I know, this fee amount is outrageous because I consider myself educated too and I paid Rs. 20,000 per year while studying in an ICSE school. I just spoke to Hemlatha, and she mentioned that this is just not a school, it tutors kids as well along with providing study materials, textbooks and other things. Hemlatha and Rukmini don't really know how much Umesh was earning but since they were living in Government Quarters and didn't have any pressures of rent, he could afford to pay for his kids education and thought that he'd make life good for them. But still, I must say, I find the fees pretty expensive and I'm not sure as to why the school would charge such an exorbitant amount to a government worker. However, Hemlatha told me that Chetan is going to give his 10th standard exams next month and she's waiting for that to end and then consider switching to a cheaper school.

I was just wandering around with my camera and Hemlatha approached me and asked if I could help. I have a camera and the ability to write what they told me. Rukmini couldn’t stop crying because they’re in a very tough situation. I told them that if Hemlatha, being a B.A. graduate, could get a job within the government then most of their urgent problems will be solved. Now, if you’re reading this, and if by any chance you have a better suggestion – or if you could possibly help refer Hemlatha for a job within the government in Mumbai, it would be so helpful. I don’t know what kind of an issue this is – whether bureaucratic, gender-biased or something else – I’m just trying to do what I can to help Rukmini, a mother who has not yet recovered from the loss of all 3 of her children, and the remaining members of her family. Thank you for reading this. Please do consider making a small donation.

UPI: rzpy.givetomlprukmini0002@hdfcbank (Copy to clipboard)
Or
Click here to read the instructions before you make a bank transfer.

It really means a lot, I will be transferring the funds raised to Hemlatha's account and she is going to use this money to pay the school. The school has been constantly asking her to pay and even though this does not satisfy the whole amount, it will still be helpful for the time-being.

I have shared it across more platforms, please do share the campaign with your friends and family.

Once again,
Thank you so much!
Donate

Donated to this campaign via Bank transfer/QR Code? Click here if you can’t find your donation listed below.
A
Abhishek donated Rs.200

Donated to this campaign via Bank transfer/QR Code? Click here if you can’t find your donation listed below.
A
Abhishek donated Rs.200

You are sending a message to
Gautam Doshi
Go back 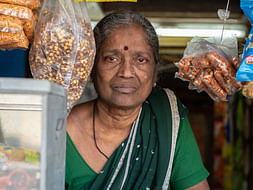 Help Rukmini's Grandchildren From Being Homeless and out of School