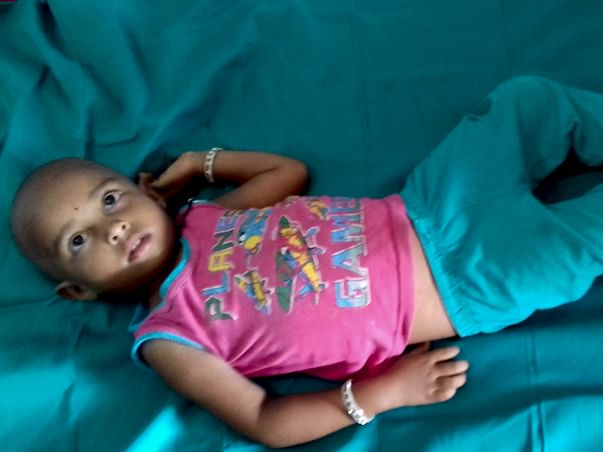 Six months back, 3-year-old Rithu was diagnosed with Glycogen Storage Disease which is a severe hereditary liver disease that needs to be treated urgently. Her body cannot break down food for energy, and as a result, she is suffering from liver failure.
Rithu was the picture of health until her stomach began to swell. She was around 18 months old when Akhila realized that her baby was not putting on weight but had an abnormally large belly.
Rithu was on medication as a form of treatment but her condition was not improving despite the medication and diet. Unfortunately, even after following the diet, Rithu’s condition did not improve. She was not growing fast enough, and though the bloating reduced, they discovered that her liver was damaged beyond repair. Hence, she has been advised to undergo a liver transplant at the earliest in order for her to recover and start living a healthy life.

Unfortunately, for Rithu's parents, the stress and concern are twice as much because Rithu's younger brother, Akhilesh, has the same disease and requires a liver transplant as well.
Rithu and her brother, Akhilesh, share the same genetic disease
Their father, Sudheer, is ready to do anything it takes to save both his children. However, Sudheer does not have the funds required to afford the treatment for either of his children.

How Can You Help
To help Sudheer save his daughter, please donate to help raise funds for Rithu's liver transplant. Help this young girl get the treatment she deserves.
Although friends are trying to support the family with Rs. 1000 and Rs. 2000 donation, they are still far from their goal. Rithu needs Rs. 16 lakhs for her surgery and she can survive with your support.

UPI: rzpy.givetomlprithugou001@hdfcbank (Copy to clipboard)
Or
Click here to read the instructions before you make a bank transfer. 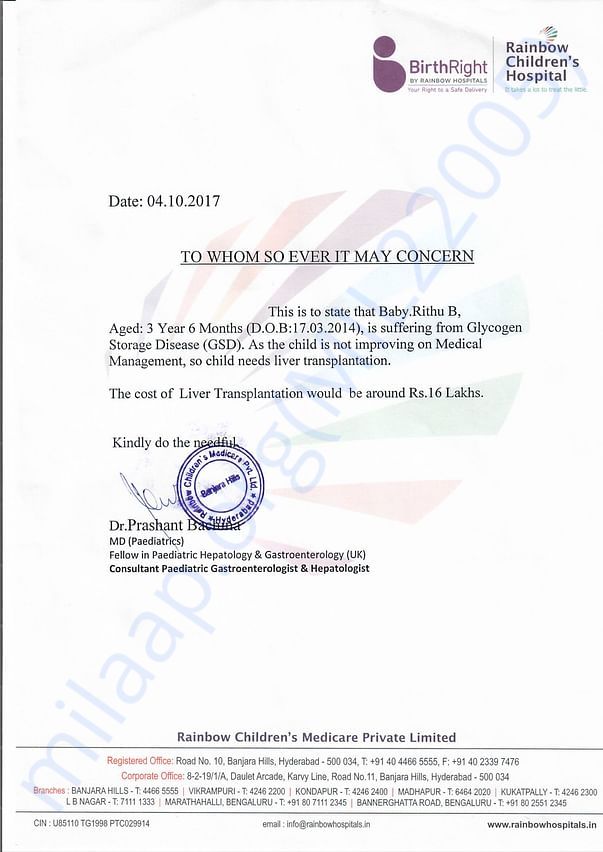 UPI: rzpy.givetomlprithugou001@hdfcbank (Copy to clipboard)
Or
Click here to read the instructions before you make a bank transfer.

Report fundraiser
See how thousands are crowdfunding for their causes on Milaap
Rs.73,568 raised

Donated to this campaign via Paytm? Click here if you can’t find your donation listed below.
a
alankrithaavanthika donated Rs.500

we are there for you dear

may lord give strength to the family

Donated to this campaign via Paytm? Click here if you can’t find your donation listed below.
a
alankrithaavanthika donated Rs.500

we are there for you dear

may lord give strength to the family 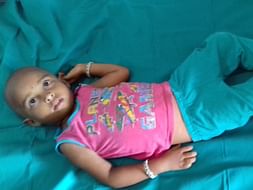