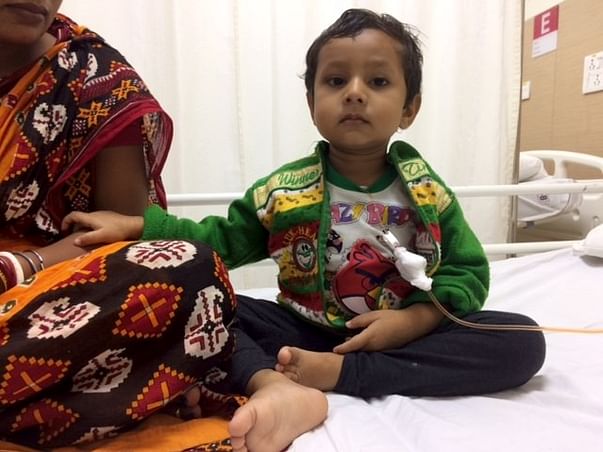 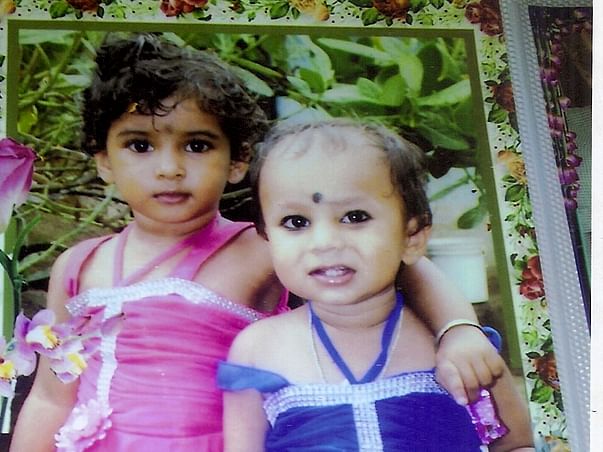 Previous Next
3-year-old Ritam Chakraborthy had a fever. A casual visit to the doctor revealed a terrible diagnosis. He has blood cancer and the family is still in denial about their baby boy fighting such a terrible disease.

Sarath, Ritam’s father is a devout Brahmin, following the family tradition of working as a priest at a local temple. The family is from Jamtala, Jharkhand. They live on an unstable income from pujas and manage food with the Prasad from the temple. Ritam is the youngest of two, with a 7-year-old brother who is in 2nd standard.


“Around May 12th, he had a high fever. We took him to the doctor because it came with a blister near his eye. We thought it was because of heat. The doctor suggested a blood test and saw that his haemoglobin was extremely low. He gave medicines and asked us to return after a few days.”

When Ritam’s fever did not subside and his blister got worse, the family took him to another doctor who suspected it was more than just a viral fever. He suggested they take him to a bigger hospital. On 25th May, the family rushed their son to Kolkata.

The family began collecting money from friends and relatives to pay the hospital bills, while Ritam was being treated. After chemotherapy, Ritam needs a bone marrow transplant to cure him of cancer.

“He does not know what is happening to him. He is so scared and keeps crying throughout the day as they keep pricking him with needles. I cannot bear to see him this way. Tell me how to comfort my 3-year-old?”

Ritam’s father has been praying every day hoping a miracle would save his son. He is unable to afford this cost. With the family in Bangalore, they do not have the means to earn whatever little they had. They need all the help they can get to save this little boy.

Your contribution would save 3-year-old Ritam from cancer. 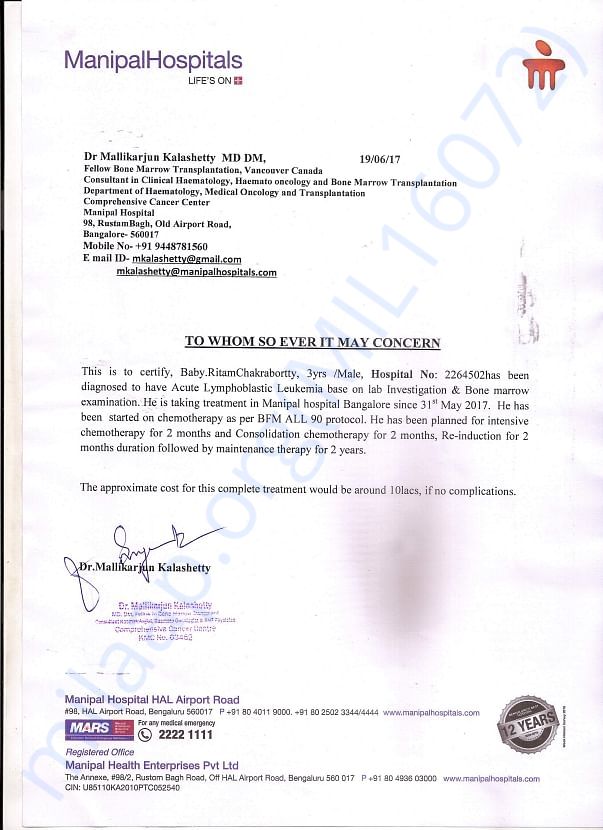 Here is an update on Ritam.
Ritam is continuing his treatment and is responding well. He is undergoing the last cycle of chemotherapy. Currently, he is at home and had gone to the hospital on 16th November for various tests. The test results are all normal and good. There is changed in his WBC count as a result of chemotherapy.
The doctor will decide upon further treatment depending upon next checkups.

Thank you for your support and love for Ritam.
Regards
Dear Supporters,

Ritam has completed his consolidated chemotherapy successfully and he is due for Reinduction Therapy for 45 days followed by Maintenance therapy for 2 years. Will keep you posted.

The parents of Ritam are very grateful for the support and prayers of each and every donor without which it would have been very difficult to treat their son. Thank you all once again for all the support. Please do pray for his health.
Dear Supporters,
Ritam is continuing his treatment and has shown positive results from the treatment given so far.
We hope he will fully recover soon.

Thank you all for the support.
Load more
Donate

Scan & donate with any app
check_circle_outline Download payment receipt
Report fundraiser
Know someone in need of funds for a medical emergency? Refer to us
Rs.1,090,498 raised 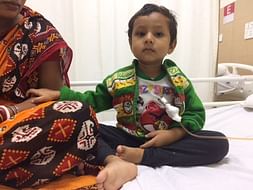