Help Randhir Whose Cancer Relapsed And Is Now Battling A Renal Failure | Milaap
This campaign has stopped and can no longer accept donations. 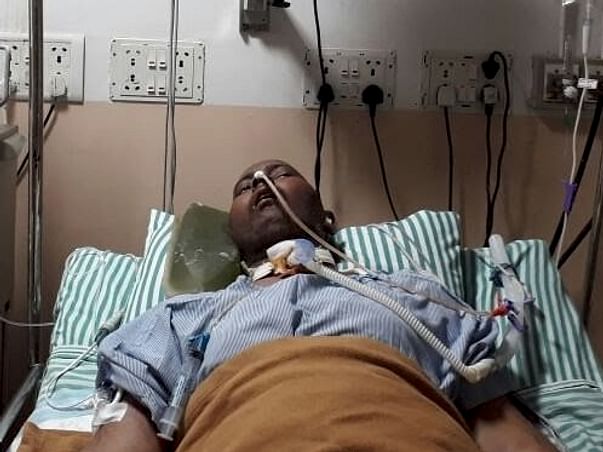 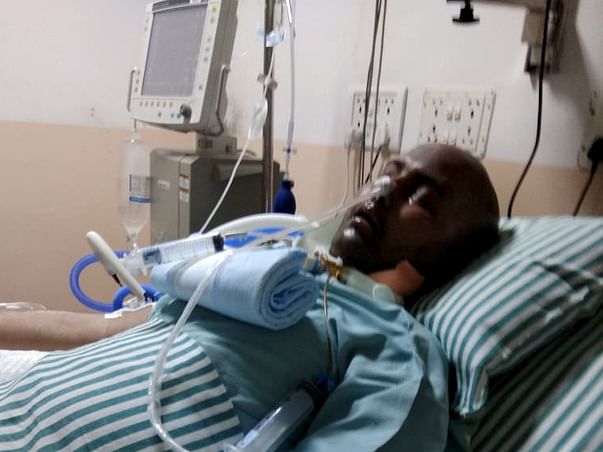 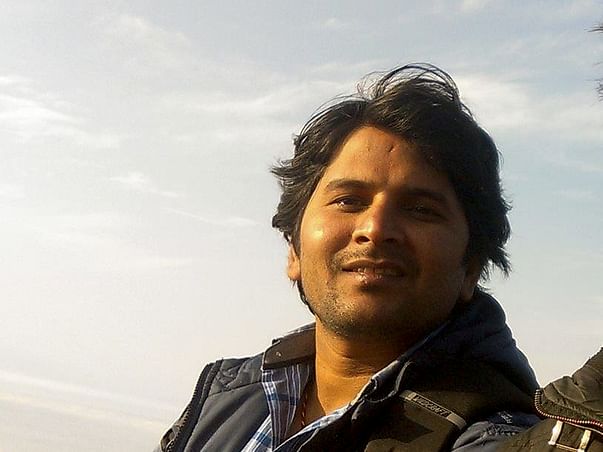 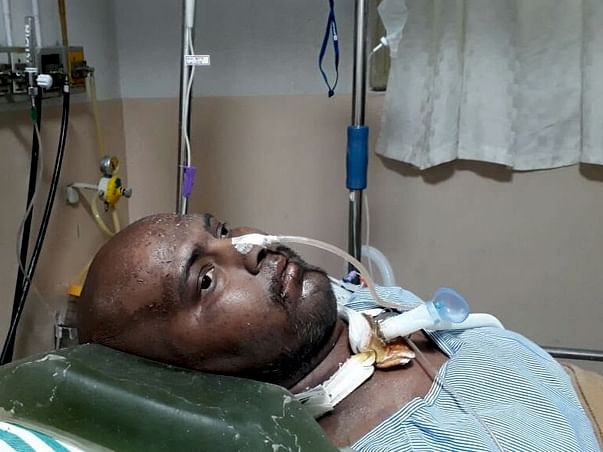 Previous Next
Randhir (28) has finally woken up after 15 days of being in the ICU on ventilator support, but his fight is long from over. He has been battling blood cancer for over 2 years now. Just when he thought he was recovering after his bone marrow transplant in April 2017, Randhir’s condition only worsened. Randhir has severe pneumonia and kidney failure now. His only chance to survive is further treatment in the hospital until his condition stabilizes.


He had a successful bone marrow transplant in April 2017, he overcame 2 relapses very bravely, he is now battling complications to defeat the disease completely and give hope and encouragement to others in similar conditions. The bright son of a poor small farmer from Bihar, who is the first from his village to become an engineer, he is the pride of his small close knit family. His dream is to fight to give life to young children suffering from blood cancer

Randhir has had an endless battle with cancer

Randhir was first diagnosed with cancer in June 2015 after getting checked for a toothache. He had never imagined life to take such a drastic turn. Nevertheless, Randhir remained positive. He completed chemotherapy and thought that he was finally cancer-free. Unfortunately, his cancer was relentless. Within 3 months of his treatment, it relapsed.


Randhir before his illness

“My son is so strong. When his cancer relapsed, he went to the hospital himself and handled everything on his own until we came to Bangalore from Patna. Despite suffering so much, his first thought is always about how we will handle it. Even with all the pain, he manages to stay brave, but sometimes willpower isn’t enough. His mind is strong, but his body seems to be giving up.” - Verendra, Randhir's father.

Randhir underwent chemotherapy again after his cancer relapsed and due to the severity of his condition, had to have a bone marrow transplant in April 2017. While he thought it was finally the end of his suffering and he was on the road to recovery, life threw him another curveball. Randhir developed serious complications after the transplant and was admitted to the ICU in January for pneumonia and kidney failure.

Despite a strong willpower, Randhir’s body will give up without treatment

Randhir has suffered for two long years with blood cancer, but that never made him give up. He remained brave and independent.

“I remember him telling me a few months back that he felt like everything is going to get better for him now. He thought that everything that could go wrong, has already gone wrong and now was his time to get better and healthy again. It makes me so sad to see my son laying in the hospital bed, not being able to speak or move. No one deserves to go through this much pain.”

Randhir is a software engineer who worked for an IT company in Bangalore. Even during chemotherapy, he would try and work as much as he could. Cancer couldn’t break his spirit, but it has made his body extremely weak. Randhir is now fighting for his life in the hospital, but his parents have no means to continue his treatment.

Randhir has exhausted all his savings on his earlier treatments, and his father can't afford the large sum

“He was able to pay for his treatment using his savings, but now he has nothing left. I’ve sold my land in our hometown, but it's not enough”

Randhir needs 13 lakhs to continue getting the intensive treatment required for pneumonia and kidney failure. While Randhir is off ventilator support, he still can’t breathe on his own. Randhir can get better, but he needs your help and support to finally make it out of this ordeal and live to see a future.

Randhir needs to continue treatment in the hospital to get better and recover from the serious complications he developed after his bone marrow transplant. His condition is gradually improving, but he needs to remain under strict observation to begin his road to recovery. Randhir has had a long fight with cancer and thought his battle was finally over, but his troubles have only increased. His kidneys are failing and he needs your urgent help to continue getting treatment.

Your support can save Randhir’s life. 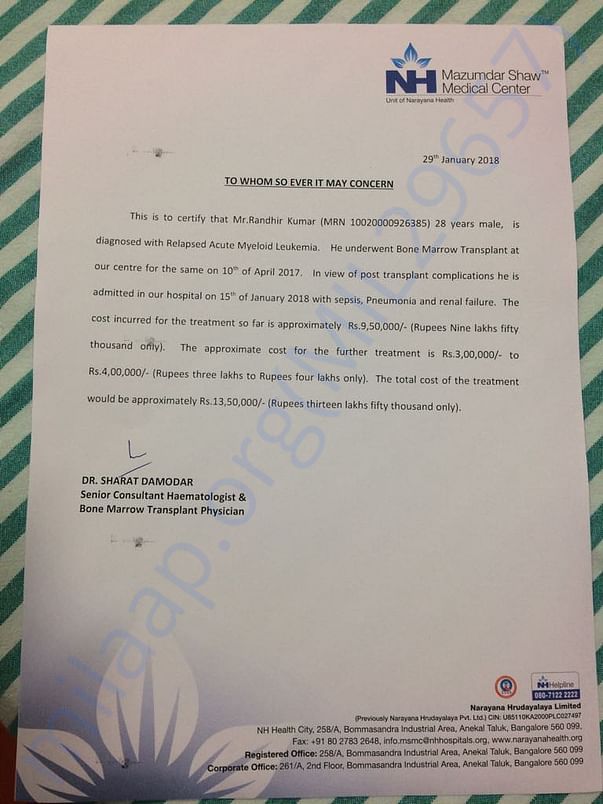 Ask for an update
Dear  Supporters,

We have some unfortunate news to share. Randhir passed away earlier this morning. Our hearts go out to the brave one who fought the deadly disease. Randhir had a relapse of disease along with renal failure and hypertension. He developed severe infection.

Having fought for his life in the hospital for more than 2 weeks, he unfortunately succumbed to the pain. Randhir's family cannot thank you enough for the support and blessings each of you showered. May his soul rest in peace and his parents find solace at this difficult time.

All the funds raised have been used to settle the hospital bills. We thank you for your generous contributions and prayers. Please keep his family in your prayers.

Scan & donate with any app
check_circle_outline Download payment receipt
Report fundraiser
Know someone in need of funds for a medical emergency? Refer to us
Rs.554,571 raised

554 Supporters expand_more
This campaign has stopped and can no longer accept donations.
$150 Million +
Raised on Milaap
Are you in need of financial support for medical or personal emergencies, or a social cause?
Start a fundraiser
Or
Know someone in need of funds for a medical emergency? Refer to us
Campaign organizer contact_mail
AK
Arun Kumar
Beneficiary: Randhir Kumar info_outline

May God give the family the strength to bear the loss! May his soul rest in peace!

May God give the family the strength to bear the loss! May his soul rest in peace! 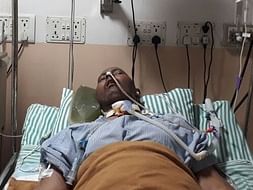