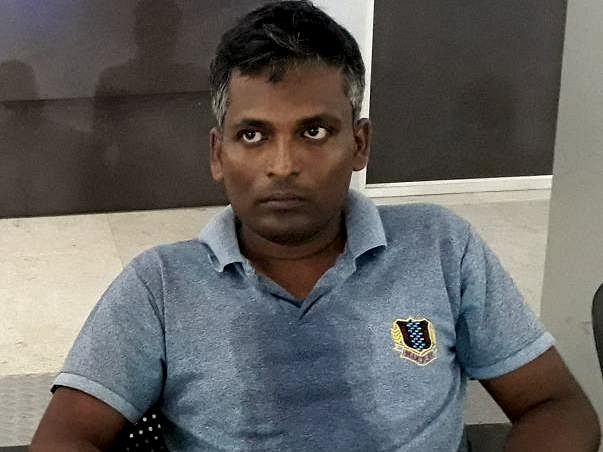 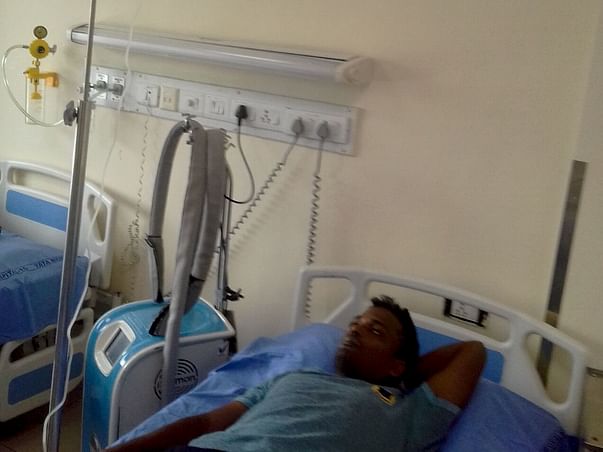 Previous Next
Pijushkanti Karan, a Govt. primary school teacher from a remote village in West Bengal, needs your help, support and prayer to fight Leukemia and start living a normal life again.
Born in a poor family, 32-year-old Pijush is the youngest in the family with four elder sisters. Father is a farmer and mother a housewife at Uchudia village (Dantan, West Midnapore District), Pijush had to start the life struggle at a very early age. But that did not demotivate Pijush at all.
He was very good at academics from his childhood. After securing the first rank in his Bachelors from Kharagpur College in 2009, Pijush appeared for Odisha MCA (Masters in Computer Application) entrance examination and secured 4th Rank.
Pijush got into C V Raman College of Engineering and dropped out of the college after a year to look after the family and started searching for a Government Job in parallel. He got a Government job by end of 2010 and completed his MCA from IGNOU by 2013.
He wanted to study further and also cracked West Bengal College Service Examination and secured a good rank in GATE entrance examinaton as well to pursue his dream of doing research in Computer Science.
Pijush got married in 2014 and in June 2018, Pijush and his wife Anjana Jana, were blessed with a baby boy. The age of baby is only 3 months!

Everything was going well until August 2018, when Pijush suddenly started feeling severe pain in the back of the shoulder and near the spinal cord. The doctor advised for a CBC (Complete Blood Count) and from the report, it was found that the WBC (White Blood Cells) count had increased drastically.
The count was at 29000(now it is 54000), wherein the actual count range should be between 5000 to 11000. Some "Blast Cells"(Now Blast cell is 74%) were found as well along with the WBC and Pijush was immediately asked to visit a Hematologist. Pijush came to Apollo Hospital, Chennai for further check-ups and the doctors thereafter conducting a few tests, informed that Pijush is diagnosed with Acute Leukemia (ALL with PH+) and the estimated cost for this treatment would be approximately 30 Lakhs over a period of 6 months.
This comes as a great shock to the entire family. Since the family would not be able to bear such high medical expenses, Pijush was taken to TATA Memorial Hospital, Mumbai (Parel Road) for further treatment. TMH Doctor has suggested Bone Marrow transplant as this Leukaemia is very aggressive in nature. We have first bone marrow screening (with his four sisters) on 21st September 2018.
The estimated cost may be 20-25 lakhs as of now. The cost of treatment may increase if no match is found among his sisters. We will keep you updated on the status. We are currently trying various means possible to help Pijush out with his treatment.
We also request each and every individual out there, to be a pillar of support for Pijush's family and contribute whatever they can in making this treatment a success. Besides monetary contribution for this cause, we also request your prayers and blessings to help Pijush lead a normal life again. We believe that your small contributions will go a long way in saving someone's life and family.
Pijush and Anjana are a newly married couple blessed with a baby boy.
Help my uncle to fight with cancer!

UPI: rzpy.givetomlppijushka001@hdfcbank (Copy to clipboard)
Or
Click here to read the instructions before you make a bank transfer. 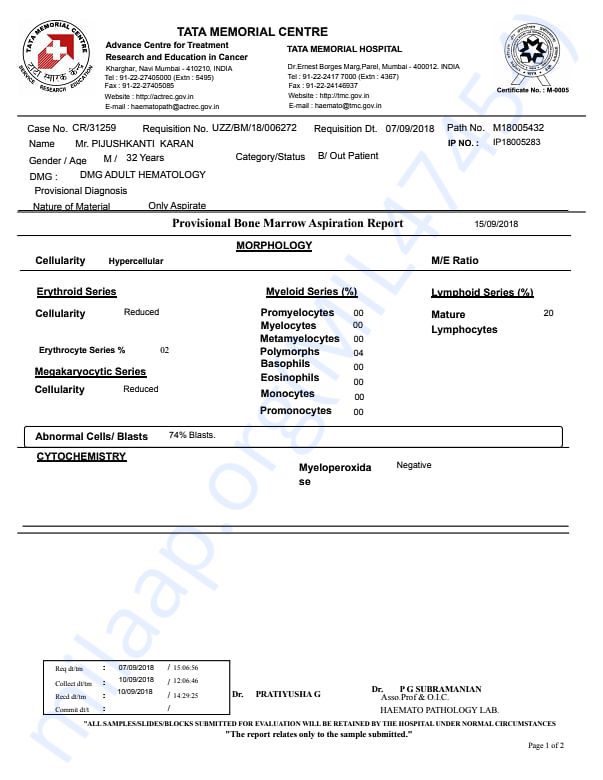 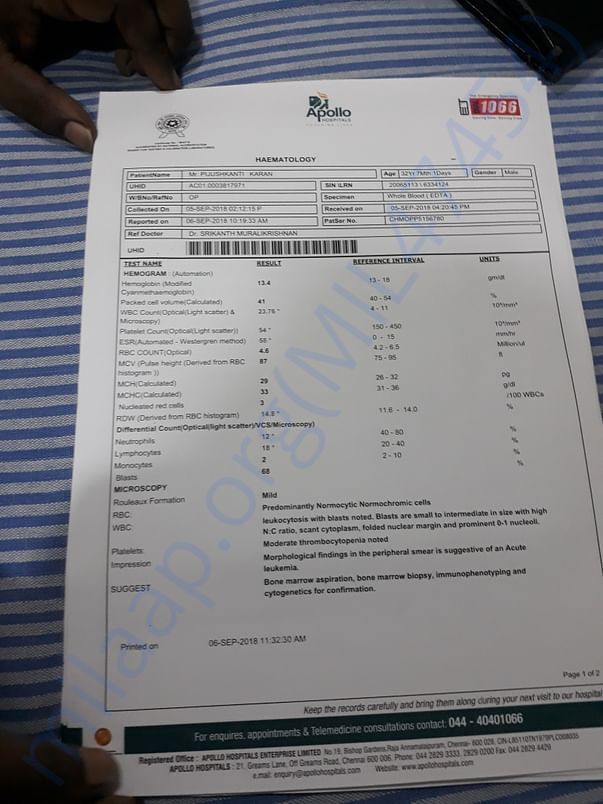 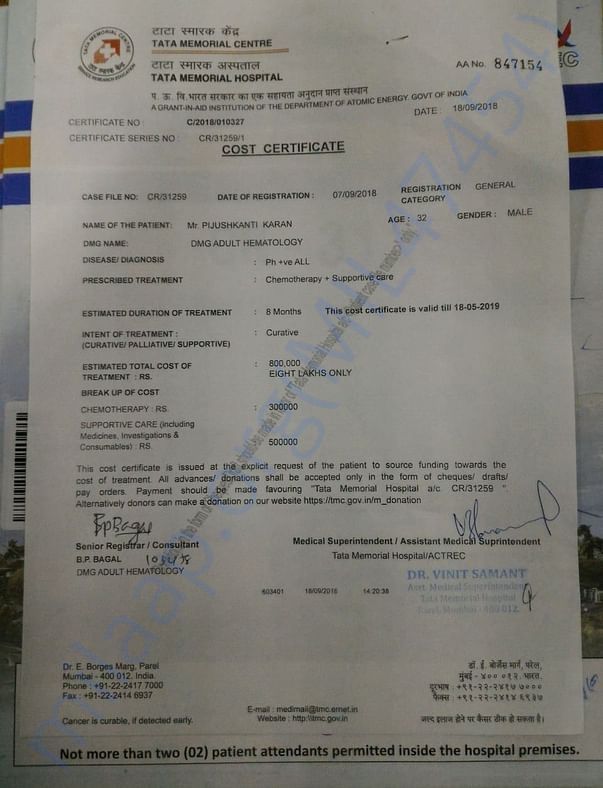 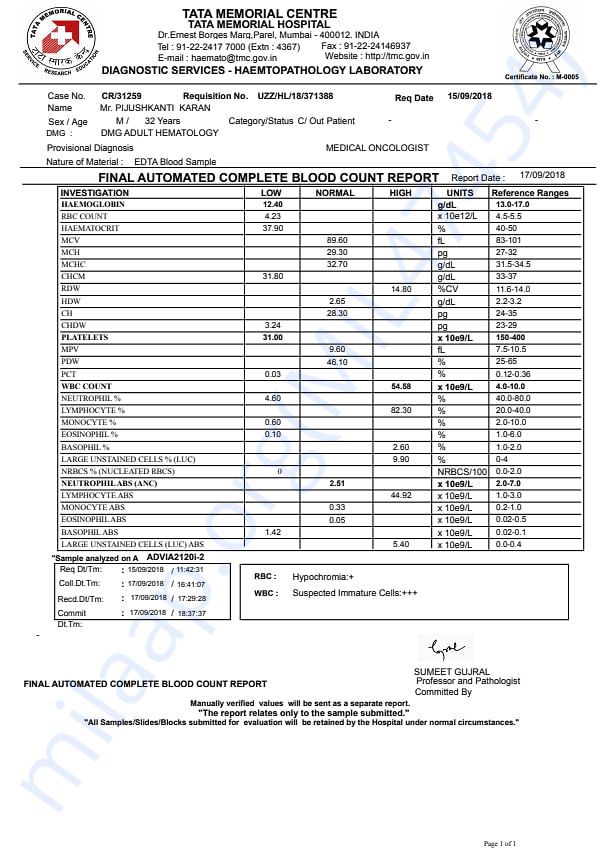 UPI: rzpy.givetomlppijushka001@hdfcbank (Copy to clipboard)
Or
Click here to read the instructions before you make a bank transfer.

Ask for an update
Donated to this campaign via Paytm or bank transfer? Click here if you have not received an email confirmation from Milaap.
Dear friends,

Pijush is admitted for BMT. He is doing good. Kindly pray for his fast recovery.

Pijush was hospitalised again because of complications and had to take high doses of chemotherapy for 5 days. He was admitted for 15-20 days because count was low. He is feeling better now . We will get to know about the improvements after a bone marrow biopsy. If everything goes well,  he will be shifted to bmt unit else again need to take 1-2 round of chemotherapy. Please keep praying for his fast recovery. Thank you for your support and prayers,  it means a lot.

Thanks and Regards,
Saikat
Dear Friends,
Pijush has completed three high doses of chemo so far and he is doing really well. The last chemo will be completed by end of this month and hopefully we will get BMT date by first or second of March. We are not able to collect sufficient fund for treatment and now have only one month to arrange fund for transplant.
I am requesting each and everybody to extend the hand of help and create the wave of awareness so that we can get maximum support from our society.
Please note that this is not only the fight against the grave disease but also the fight to save the future of a School Teacher and his family. I will keep you posted.
I am indeed grateful for your support and prayers .With out all the prayers and good wishes we would not have reached this far.
Please save a teacher , save humanity.
Thanks and Regards,
Saikat Das
Load more
Donate
Report fundraiser
See how thousands are crowdfunding for their causes on Milaap
Content Disclaimer: The information and opinions, expressed in this fundraiser page are those of the campaign organiser or users, and not Milaap.
If such claims are found to be not true, Milaap, in its sole discretion, has the right to stop the fundraiser, and refund donations to respective donors.

You are sending a message to
Saik9
Go back 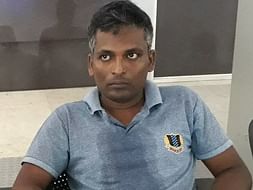