A Life-Saving Gesture Almost Cost Nirmal His Life, He needs our help | Milaap

A Life-Saving Gesture Almost Cost Nirmal His Life, He needs our help 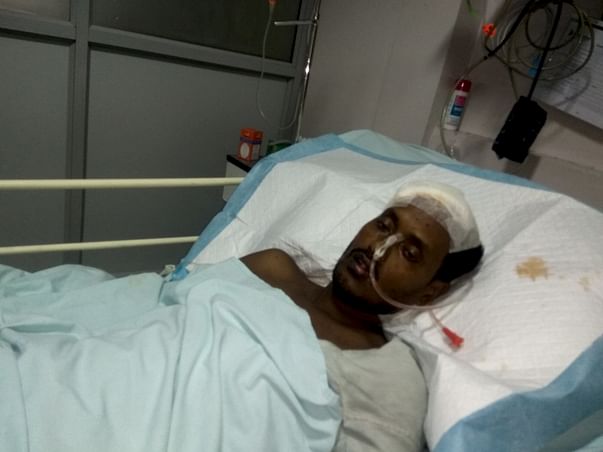 “The news of Nirmal’s tumour paralysed his whole family. His wife is helpless and has no idea how she will take care of their 2 daughters. The family has no income now, and without him, there will be nobody to look after them,” Nirmal’s brother-in-law says.
41-year-old Nirmal works as a helper in a bike repair shop. His monthly income of Rs. 3000 is not enough to run the household while educating his 2 daughters Poulomi and Monami, but the caring husband and doting father has not let that come in the way of his little family’s happiness.

It started with a small bike accident and no apparent harm.

About 2 months back, while Nirmal was travelling to run an errand at work, he met with a minor accident to save a little pup from being run over by his bike. He had hit his head, but there was no apparent injury. He came home, overjoyed and proudly shared the story with his family. Since he was not hurt, they did not pay much attention to the accident, and shared his excitement.

The joy that succeeded his kindness did not last long. Within  2 weeks, Nirmal began to complain of a repetitive headache. It started as small episodes which started getting longer and more frequent with every passing day. It was then that he visited the hospital near his house. After a scan, the hospital referred him to another one in Kolkata. It was here that he learned the shocking truth. Nirmal had never imagined that the minor accident could change his life forever.
“The first hospital just told us it was beyond them. Since we cannot read English, we had no idea till they told us in Kolkata,”

Nirmal had developed a tumour in his brain.

The diagnosis shattered the family. Despite the very limited income, Nirmal was the only source of everything to the family. His daughters are 10 and 15 years old. Still very young and helpless, they are only hoping their father returns home, healthy very soon.
They have stopped talking to their friends or going to school regularly.
“They have probably only read about or heard of tumour. They do not know enough about it to explain to anybody what happened to their father. They just silently weep, wondering what will happen to their mother and them without their father,”

Nirmal’s family has spent all they had.

The family had arranged for Rs. 20,000 to bring Nirmal to Bangalore for his treatment. Most of the money was spent on travelling and conducting initial tests. Due to his critical condition, the doctors performed an urgent surgery.
Nirmal is recovering slowly, but his wife and daughters are unable to settle the piling bills. With no source of income, the family is struggling even for basic necessities.

Nirmal had no idea a kind gesture would cost him so much! Nirmal’s family has a long way to go before they can settle their debts and live a normal life. He is still under post-surgery care in the hospital. With your support, Nirmal can settle his bills and return home to start life again. The whole family’s life has come to a dangerous stand-still.
Any contribution made towards this campaign will go towards settling Nirmal’s medical bills and help him start life again with his family. 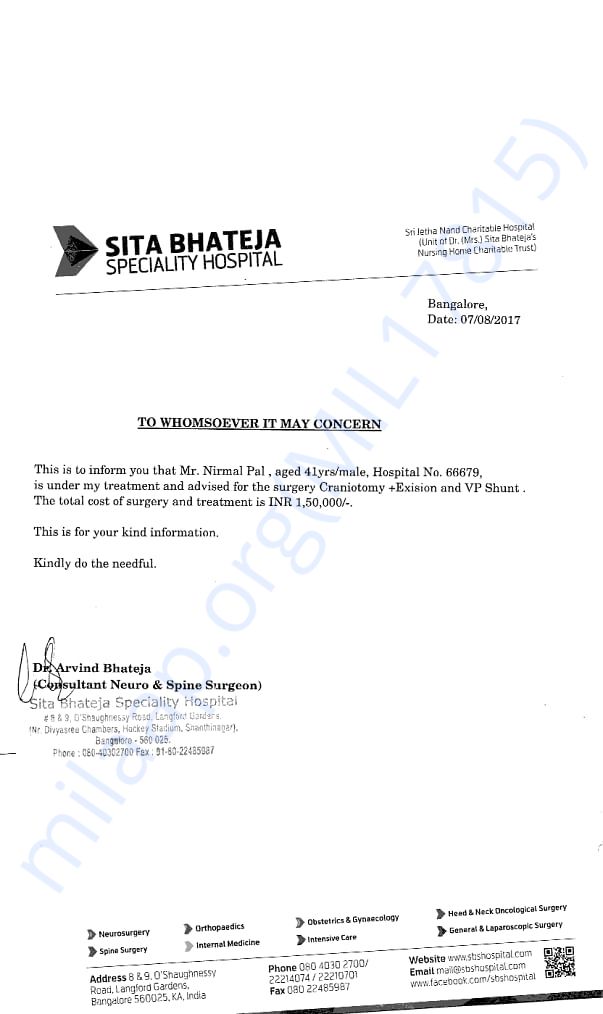 Scan & donate with any app
check_circle_outline Download payment receipt
Report fundraiser
Know someone in need of funds for a medical emergency? Refer to us
Rs.28,875 raised

Donated to this campaign via Bank transfer/QR Code? Click here if you can’t find your donation listed below.
PV
Praveen donated Rs.9,000

Kindly update his progress at your convenience.

Donated to this campaign via Bank transfer/QR Code? Click here if you can’t find your donation listed below.
PV
Praveen donated Rs.9,000

Kindly update his progress at your convenience. 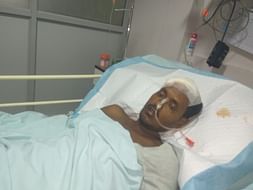 A Life-Saving Gesture Almost Cost Nirmal His Life, He needs our help