Urgent Help Needed To Support Mukesh And Vikesh For Their Education | Milaap
Milaap will not charge any fee on your donation to this campaign. 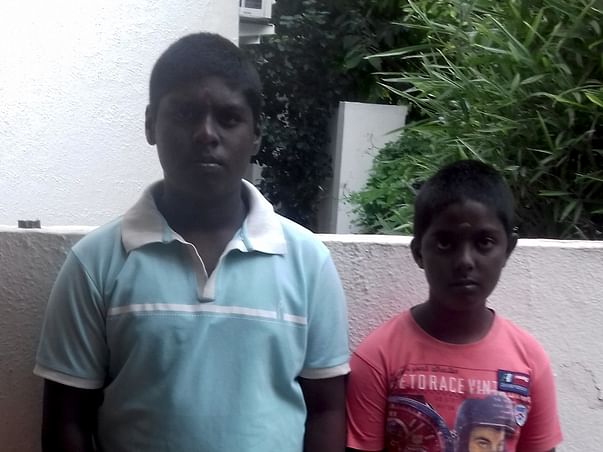 Mukesh (13 years old) and Vikesh (10 years old) lost their father on April, 2017 when he succumbed to paralytic stroke. Mukesh is in 8th standard and Vikesh is in 6th standard,  studying in a government English medium school in Bangalore.
Their father, Pichandi. M was a driver with a private firm and mother (Gayathri) worked as a domestic help.  Pichandi developed Kidney failure along with high blood pressure a year ago. The family had to spend whatever savings they had and their earnings for his medicine and treatment. He suffered a stroke for the first time in October 2016, which left him paralyzed on one side. He had to leave his job and the family had to survive on the mother’s (Gayathri) meagre sum that she was earning from working as a domestic help in three to four houses.
Pichandi’s medical expenses, the children’s school fees, and the house rent put the family in a debt of  more than Rs. 2 lakhs in the last one year. Gayathri had to borrow money from the households she used to work and from the local money lenders to meet the medical expenses and to make both ends meet as she could not go to work, leaving her paralyzed husband at home.
A second stroke turned fatal to Pichandi and he died on April 19, 2017 at their home.
Now Gayathri is struggling to make both ends meet and send her sons to school. The children's school fees are over 45,000 per year (receipts attached). She is also under pressure from the landlord to pay the house rent dues that the family defaulted for more than 12 months. She lost her work as domestic help because of her long absence during the illness and death of her husband.
As she is currently struggling to feed her sons, their schooling has almost come to a halt. She has to immediately find money for school fees,  books and stationary, which she is not able to make unless we, fellow human beings, lend a helping hand.
This campaign is intended to support both the children to complete their education at least till 12th grade and help the family to pay the house rent dues and clear other debt incurred for the treatment of Pichandi.
HERE'S A HAPLESS MOTHER, WHO IS AT THE MERCY OF GOOD SAMARITANS TO HELP HER SONS CONTINUE THEIR STUDIES AND KEEP THE ROOF OVER THEIR HEAD. 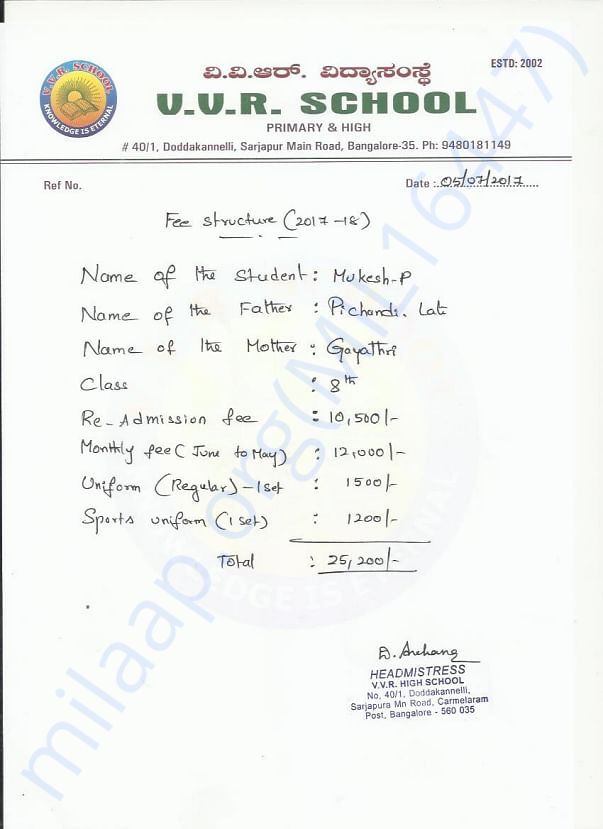 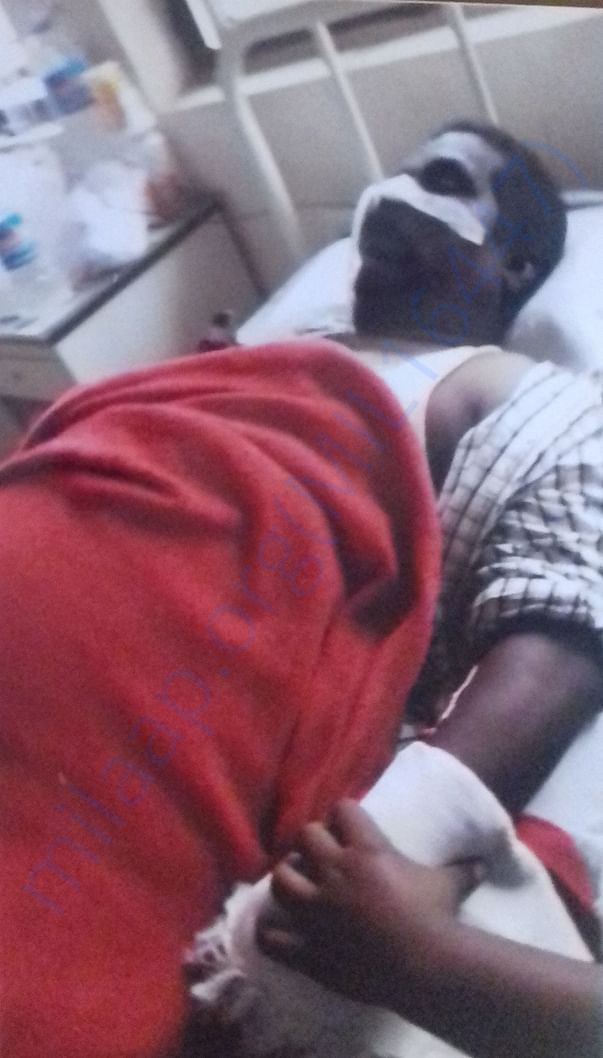 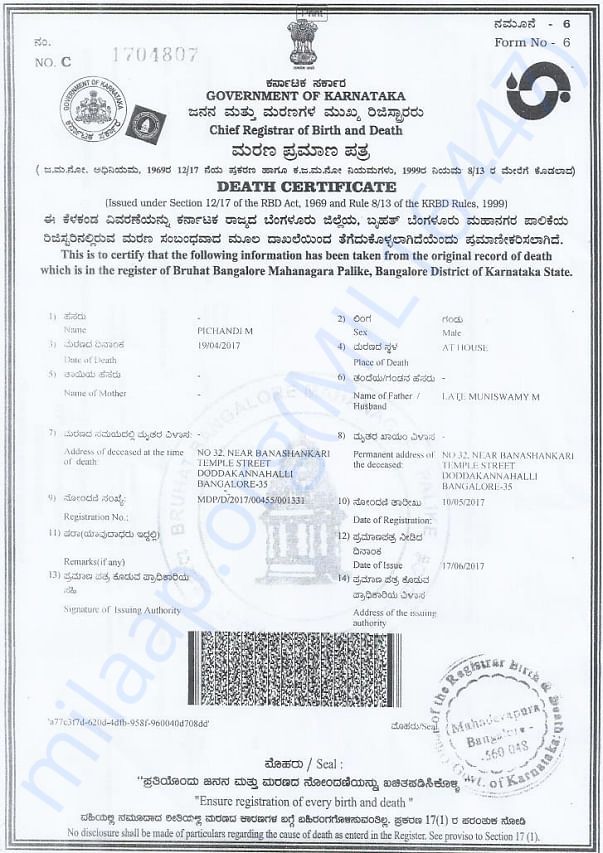 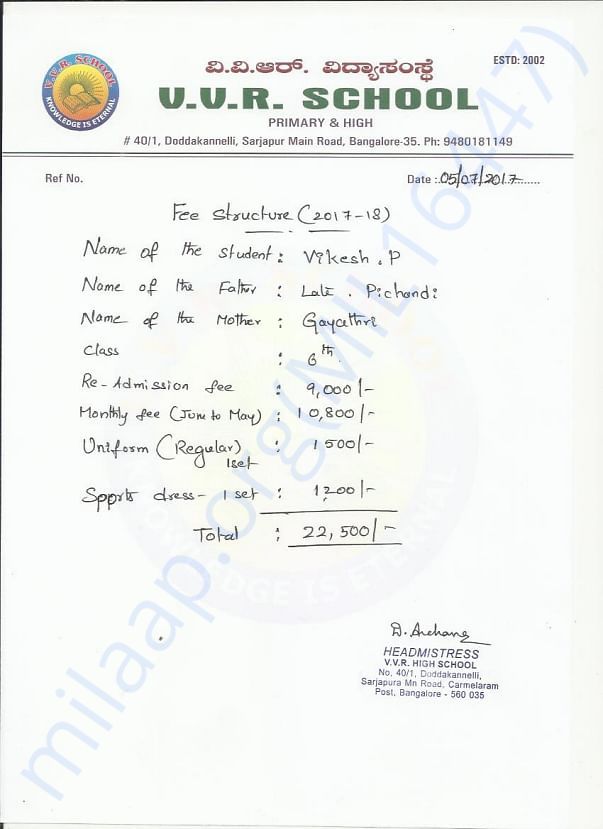 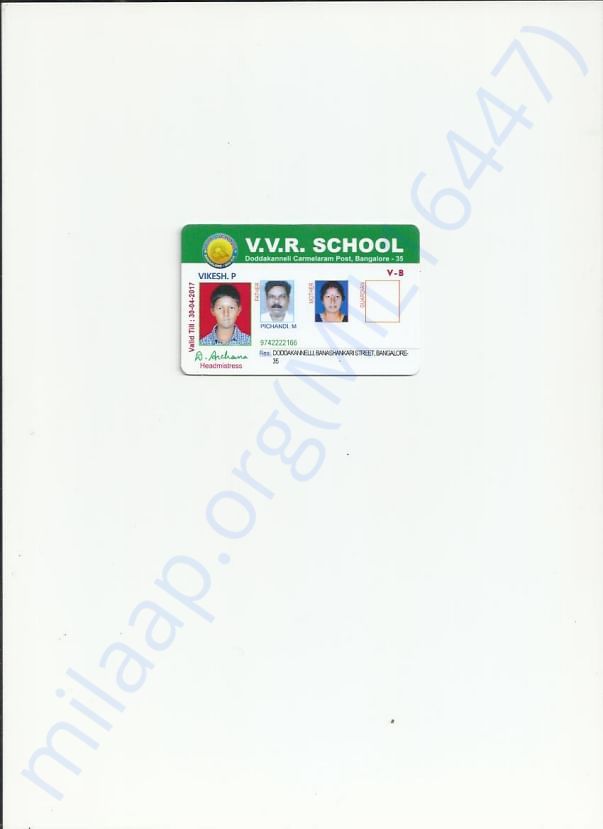 Ask for an update
The campaign for Mukesh and Vikesh raised Rs. 28,440 so far toward their education. They are so grateful to all the donors and their mother wish to withdraw this amount and utilize it to pay the school fees for her elder son Mukesh.
Mukesh's fee for this academic year is Rs. 25,200. The remaining Rs 3,240 will be used to buy uniform and notebooks for the younger one, Vikesh.
Uniform (1 set) - Rs. 1,500
Sports dress (1 set)- Rs. 1,200
Notebooks and stationaries: Rs: 540

Once again thank you all for sharing this campaign and supporting these children.

Scan & donate with any app
check_circle_outline Download payment receipt
Report fundraiser
See how thousands are crowdfunding for their causes on Milaap
Rs.28,440 raised

A
You are sending a message to
Geetha Pillai
Go back 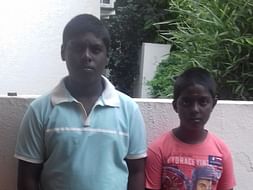