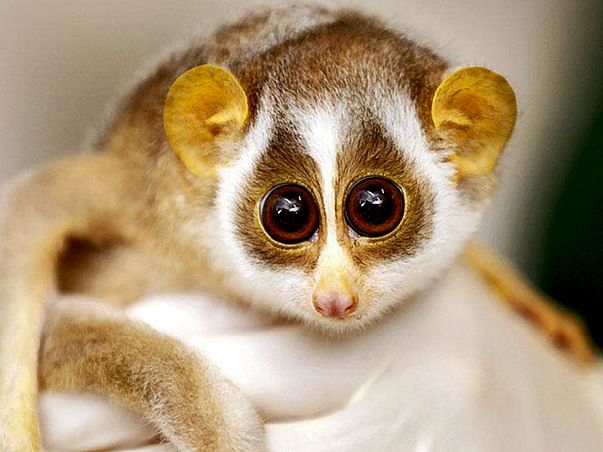 Project Aim :
Loris are unique tiny creatures that live on trees. Endemic to the Eastern Ghats they are distributed in select pockets across Tamil Nadu, Andhra Pradesh and Kerala. The patch of deciduous shrub forest in Ayyalur, situated on the Dindigul-Tiruchi-Karur border has been identified as an international hotspot for the Grey Slender Loris by IUCN (International Union for Conservation of Nature). “The aim of our project is to be generating as many records regarding the dwindling population, the shrinking habitat and the threat from hunters and poachers, the animal is facing. The species of Grey Slender Loris should be listed as endangered.” The following enlisted factor makes it clear how the species becomes endangered.
Project Activities :
The project will address the key issues related to threatened Loris with community participation through Community Sensitization and Awareness Building, Capacity Building and organizing local Stake holder, Raising nursery and tree plantation favour conducive environment for Loris, rearing the insects in their Niche, promoting organic farming practices among local farming communities and converting them from conventional farming, promoting plantation of Chrysanthemum, Involving local Children, Youths and Women for sustained support, Documentation of the extinct of Loris habitats and Lobby with Government departments for continued support for endangered Loris Population.
As part of sustainability the following activities will take place to conserve Loris population
Practical Outcomes and Results
The activities that are performed during the implementation of the project will lead to the following initiatives,
Community Benefits :
Approximately 2000 people around the Ayyalur forest area and specially the farmers and the local stake holders will be benefited due to this project by practicing new organic agriculture method and selling such products and flowers in the market which have high demand for it. Also the project will ensure the cost effectiveness through maximum utilization of local resources and also lobbying for local government resources/local volunteering supports to the project activities, thus ensure wide benefits to the community.
Present Stage :
Presently the project is one initial stage where necessary baseline surveys and studies have been made by the organization. The organization also sensitizes the local communities and Officials presently through informal meetings and advocacy works.
Program Budget :
1. Seed Grant to Community for Bio-Pesticide and Bio-Fertilizer Unit- Rs.1,00,000
2. Seed Grant for Raising & Planting chrysanthemum- 50,000
3. Raising Insects in Nichie - 50,000
Total Budget : 2,00,000/-
Organizational Details:
Nalantha Educational Trust is a registered organization under Indian Trust Act ( Reg No:73/2000) and with Foreign Contribution Act ( Reg No: 075800446) and with Income Tax Exemption Act under 12A and 80G. The organization works in Dindigul District, Tamilnadu, India.
The current programs include Wild Life and Environment Conservation in Dindigul District. The Target beneficiaries of the organization are Marginalized Farming Communities, Tribals, Women and Children, Old Aged People, and Endangered Flora and Fauna.
The organization has its own organizational polices on Women and Child Protection and Staff Polices including continues checks of Criminal Bureau for staff working with children
LORIS ENDANGERED-TIMES OF INDIA ARTICLE-2014 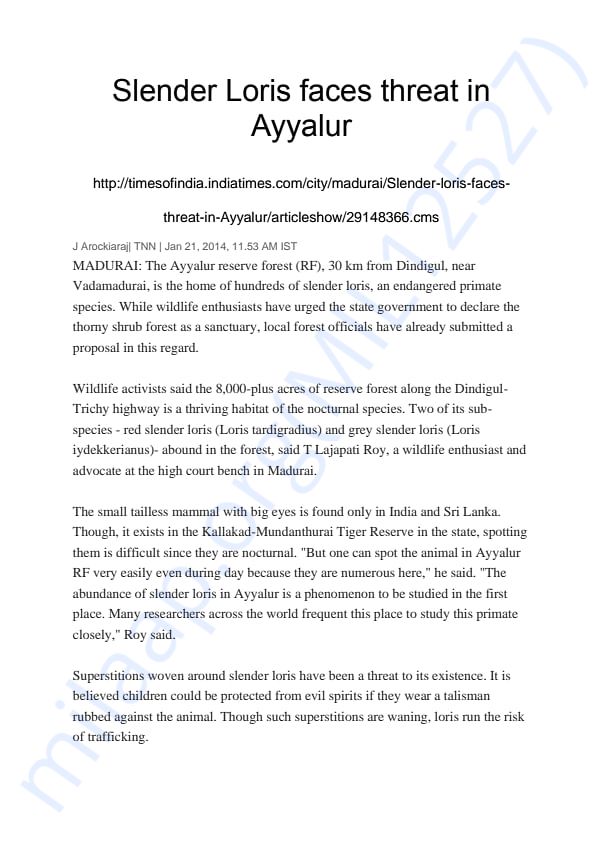 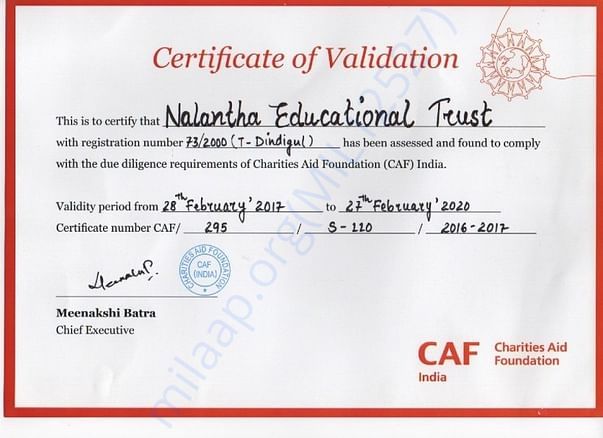 Donated to this campaign via Paytm? Click here if you can’t find your donation listed below.
S
Saurabh donated Rs.115

Donated to this campaign via Paytm? Click here if you can’t find your donation listed below.
S
Saurabh donated Rs.115

RV
You are sending a message to
Rajendran V
Go back 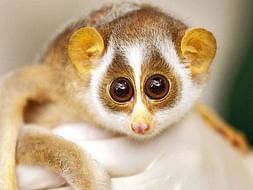