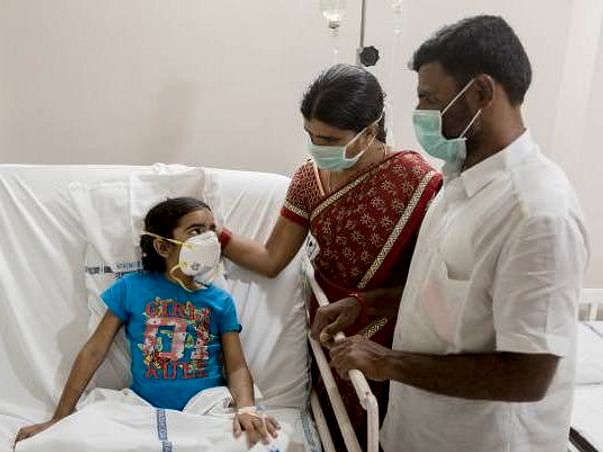 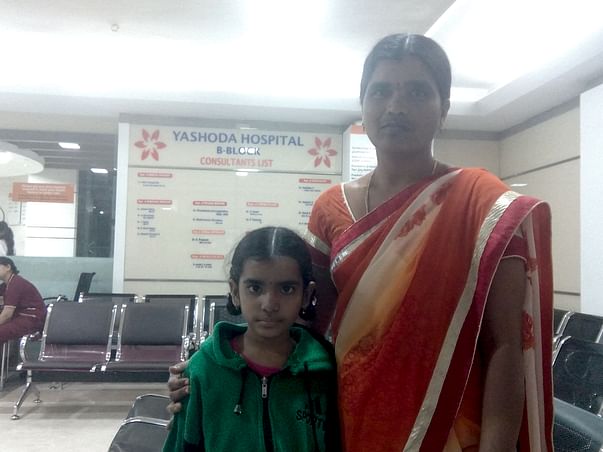 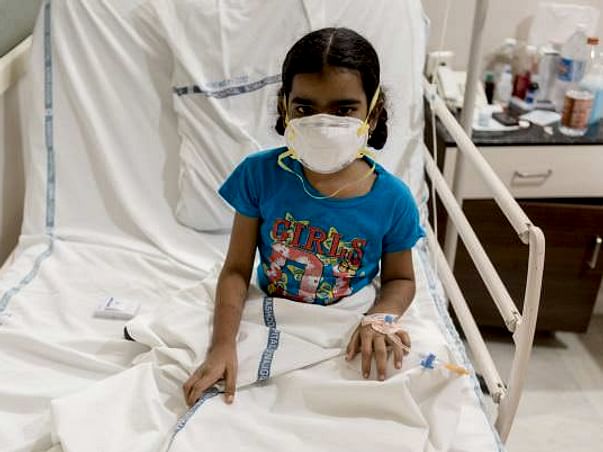 Previous Next
8-year-old Joshna's ordeal started three months ago. She went to school as usual. She had her half-yearly exams. At noon, when she came home for lunch, she told her parents about how she was feeling weird. Her mother touched her forehead only to find that her daughter had a fever.

"Initially we thought it was just exam tension but when it did not subside for many days, we grew concerned. Eventually, we began noticing bruises on her skin even when she hasn't fallen anywhere. I was scared and took her to a local doctor. He gave tablets. But even that didn't help and when the dark spots increased, we decided to take her to a better hospital", recalls Kumar, Joshna's father.

Upon further diagnosis in the hospital, it was found that Joshna's platelets were alarmingly down. Having spent hours understanding the severity of her situation, the family then brought their kid to Hyderabad. It was here that Joshna was tested for bone marrow and was diagnosed with aplastic anemia. She was put on transfusion to make up for her platelet loss. Despite everything, it keeps going down as her body is not making any.

"The doctors say that her condition is extremely serious and requires a bone marrow transplant to survive. My daughter is only 8 and I will lose her if I cannot arrange money for her transplant", says Kumar.

Joshna Begs For A Normal Childhood

Joshna does not about her disease. She keeps grueling her father about why she cannot go out and play like any other children. She is worried that she is lagging behind in studies than all of her classmates.

"It breaks my heart to hear her say all this. But what can I do? I have to answer something to my little baby. I have told her that she has a fever and needs rest to become strong again. She is terrified of blood transfusions. The moment she sees blood, she cries so loud. In that helpless money, I beg God to give me this disease and leave my child alone", says Kumar.

Joshna's father Kumar is a coolie by profession in Warangal and barely makes Rs  400 per day. Most of the days, he does not have any work. Her mother, Manjula is a homemaker. The estimated cost of Joshna's transplant is Rs 20 lakhs and her parents are finding it difficult to arrange for the money. They have spent whatever little resources they had with them, and are now left with nothing. This has put Joshna's life in severe jeopardy. Without the money, there will be no transplant and without the transplant, it is only a matter of time before this 8-year-old succumbs to her deadly condition.

Joshna's parents are desperate to save their eldest child but their hands are effectively tide due to the lack of money. They have taken loans from friends and relatives but nothing has helped them to arrange for Rs 20 lakhs yet.

Joshna is barely 8-year-old and has her entire life in front of her. Don't let her life be cut-short because of her severe disease. She is more than her sickness and dreams of a life filled with possibilities. Help her win this fight against her health. No contribution is small. Your help will give this little girl a much-deserved chance at future. 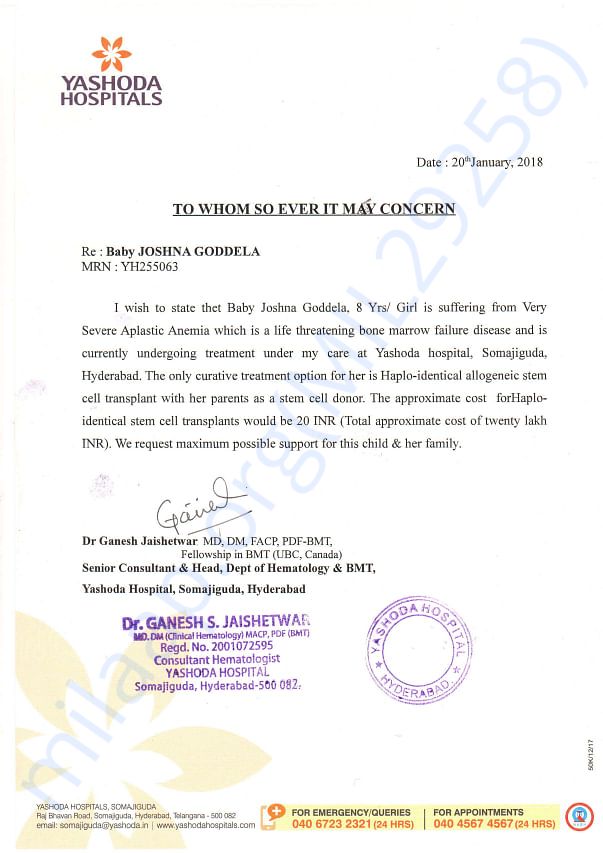 Joshna is doing good. Please keep her in your prayers, and once again, thank you all.

Thank you for the wonderful support that you have shown towards Joshna. I have some news to share with you today.

Joshna underwent her prescribed chemotherapy cycles and responded well to them. Based on her health and the response to the treatment she was advised to undergo the bone marrow transplant.

After conducting a few tests, her father was tested as a suitable donor and he donated a part of his bone marrow to his daughter. There were complications after the bone marrow transplant but she recovered very well from that.

She was discharged from the hospital after her health stabilised. Now she visits the hospital for regular follow-ups. She has developed a mild complication and she has been planned for a small procedure.

I would like to thank you once again all for the wonderful support that you have shown towards Joshna. Will keep you posted. 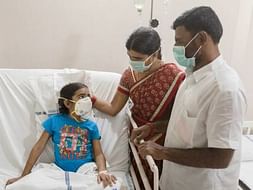