Cancer Has Separated This Little Boy From His Mother, Needs Your Help | Milaap
This is a supporting campaign. Contributions made to this campaign will go towards the main campaign.

Cancer Has Separated This Little Boy From His Mother, Needs Your Help 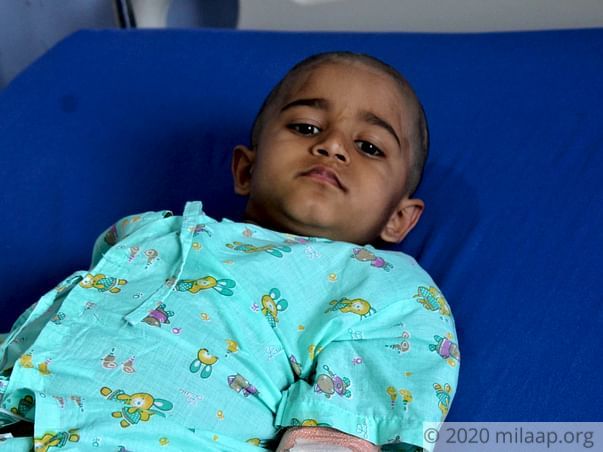 4-year-old Dhanush loves dressing up. Sometimes he is the village priest and sometimes he is the teacher, teaching Suresh and Anusha the new rhymes he has learnt in school. But for the last one month, chirpy little Dhanush has not been his usual self. Wriggling in the clutches of cancer, Dhanush longs to be in his mother’s lap. But the little boy needs four more cycles of chemotherapy and he won’t be able to go home in another six month’s time.

His mother is miles away, unaware that he has cancer

Suresh and Dhanush have been in Ramaiah Hospital in Bangalore since January 25th. And every day he wakes up to the same question - ‘when can I go home?’ He longs to be with his mother and his baby sister.

“I tell him just 2 more days but he is getting restless and impatient with every passing day. My wife is at home taking care of our 3-month-old baby girl. She doesn’t know that Dhanush has cancer. She is alone there and knowing the truth might break her completely. But the tension and the pressure is getting too much for me as well,” - Suresh.

Dhanush misses his mother - she has only visited her once

Dhanush became unconscious on his way to the hospital

Last month, when Dhanush’s fever was not getting any better with medicines and he was getting very weak, Suresh wasted no time to take him to the local hospital. But his haemoglobin was as low 5.5 (the normal being somewhere around 11-12) and Suresh was advised to take him to Bangalore.

“I took the next bus from my village in Srinivaspura to Bangalore but Dhanush was too weak and he fell unconscious all of a sudden. I had to book a cab to take him to the hospital where he was immediately admitted to the ICU. There, after few initial tests, I was told my son has blood cancer.”

An old pic of the little boy in his school uniform

'I feel the burden on my chest growing bigger every day'

“My wife doesn’t know Dhanush’s condition, my son thinks he will go home soon. I feel torn between the two of them. I look at his shaven head and the sad face and am reminded of the little boy who used to run to school everyday - he can hardly stand up now.”

Suresh spends sleepless nights on the corridors of the hospital worrying if he can afford his son’s life-saving treatment.

‘I am a poor farmer, please help me get my son cured’

Suresh has a small piece of land where he grows ragi but there has been hardly any produce because of scanty rainfall. He has been working on other’s farms for Rs 400 a day. For the last month, he has hardly any income and his savings are all exhausted. He needs Rs 7.5 lakhs for the treatment - a small contribution from your side will go a long way to help this family.

Your support can save Dhanush

UPI: rzpy.givetomlpdhanush0007@hdfcbank (Copy to clipboard)
Or
Click here to read the instructions before you make a bank transfer. 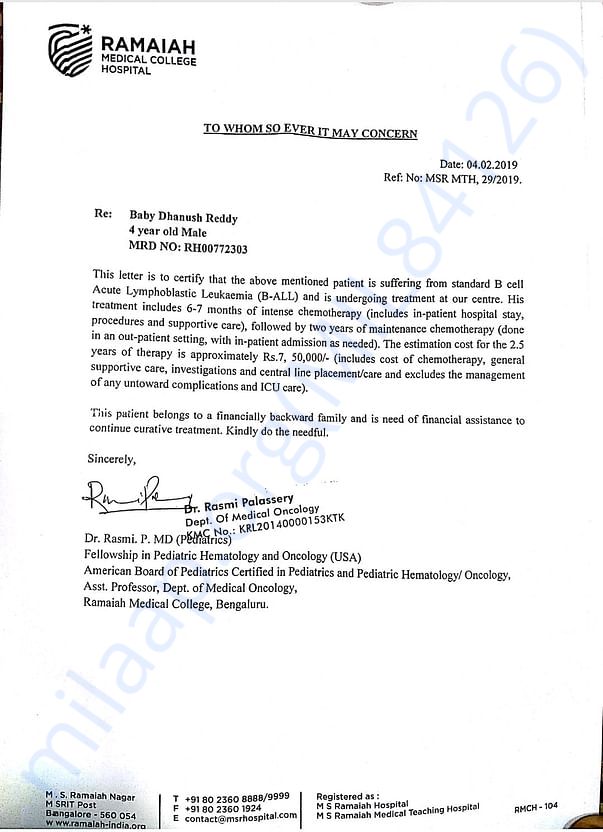 UPI: rzpy.givetomlpdhanush0007@hdfcbank (Copy to clipboard)
Or
Click here to read the instructions before you make a bank transfer.

Dhanush got admitted for his 7th cycle of chemotherapy and he is doing good.

Dhanush is undergoing chemotherapy and was admitted in hospital last week. He is doing very well and responding to treatment positively. He requires another 2 months of treatment in inpatient basis and minimum one year in out patient basis.

Dhanush is undergoing his  treatment and  is doing well. He is recovering and is responding well to his treatment. We shall keep you posted.

Donated to this campaign via Paytm? Click here if you can’t find your donation listed below.
MG
Milaap Geetha Funds donated $1,500

Donated to this campaign via Paytm? Click here if you can’t find your donation listed below.
MG
Milaap Geetha Funds donated $1,500

D
You are sending a message to
Dain
Go back 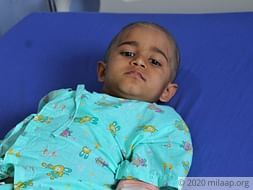 Cancer Has Separated This Little Boy From His Mother, Needs Your Help