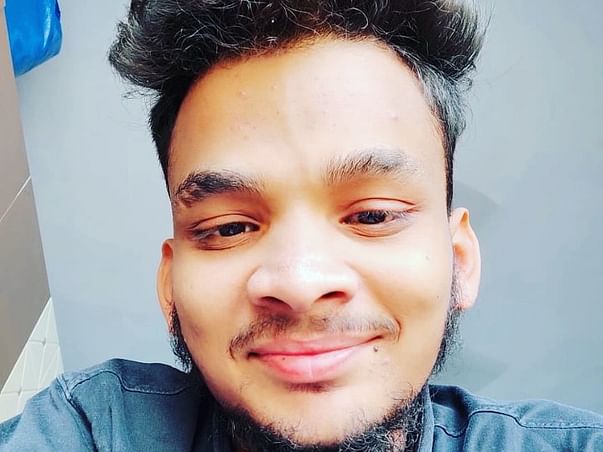 Arbaz Shaikh, who is mute and deaf since birth, has trouble sleeping when he's alone. So his older cousin, Shafeen Shaikh stays by his side at the hospital. Arbaz had been recovering post-surgery, when a sudden convulsion hit him. The doctors were able to stabilize his condition, but Arbaz needs lots of rest to recuperate. Though Shafeen felt just as exhausted as Arbaz looked, he was glad the danger had passed.

24-year-old Arbaz suffered from end-stage kidney failure.His kidneys were damaged and he underwent dialysis as well as a kidney transplant. Now, he needs to continue with his treatment in order to make a full recovery. But having used up all their resources, his family is struggling to save him.

His fingers and toes had become crooked

For weeks leading up to his diagnosis, Arbaz showed subtle symptoms that no one had picked up on. The boy who loved a hearty meal, would now barely eat. The once smiley and soft-tempered young man would now have sudden bursts of anger. But it wasn’t until a day in January 2020, that Arbaz’s mother noticed something very bizarre and got extremely worried.

“I was out with some friends, when I got a call from my frantic aunt. I couldn’t figure out what was happening, until she switched to video call and showed me that Arbaz’s fingers and toes were crooked. I had never seen anything like that before, and it really scared me. I wasted no time and rushed Arbaz to the hospital, where they ran a blood test and found that his creatine levels were very high. The nephrologist told us to get him admitted immediately because there was a high chance that Arbaz had kidney failure ” - Shafeen, Arbaz’s cousin

His kidneys were failing and only a transplant could save him

“I was constantly on edge and worried about my son’s well-being, but my wife was even more inconsolable. When we told her that Arbaz had end stage liver failure, she started crying and screaming that her son was going to die. She would constantly wonder why God would put her child through this pain, as if he hasn’t been suffering enough already.” - Arif, father

Arbaz was diagnosed with end-stage kidney failure and underwent five months of dialysis. But his kidney was damaged beyond repair, and he needed an urgent transplant to survive. In mid-June, Arbaz was able to get a kidney transplant with the help of his mother, who came forward to save him, as his donor. Both mother and son are currently in recovery.

Arbaz just before his treatment

Beloved to his family, Arbaz was born without the ability to speak and hear

Mute and deaf since birth, Arbaz attended a school for the specially-abled. He has an older sister who was also born mute and deaf. Unable to afford the procedures that could rectify their impairment, their family learned sign language to communicate with them easily. When Arbaz was diagnosed with kidney failure, all his relatives came together to support him.

He can only get better with your help

Arif works as a driver and helps transport construction materials. Rubina, Arbaz’s mother, is a housewife. After going beyond their means to afford their son's surgery, they are left with nothing to continue the follow-up treatment, which will cost them another INR 4 lakhs. If he doesn’t get this treatment at the earliest, it will be impossible for Arbaz to make a full recovery.

Having spent about INR 5 lakhs already, they don’t know how they will afford the rest. They are stuck at a dead end, and desperately need your help to save their precious child. Whatever amount you contribute will fund his treatment so Arbaz can live a normal life.