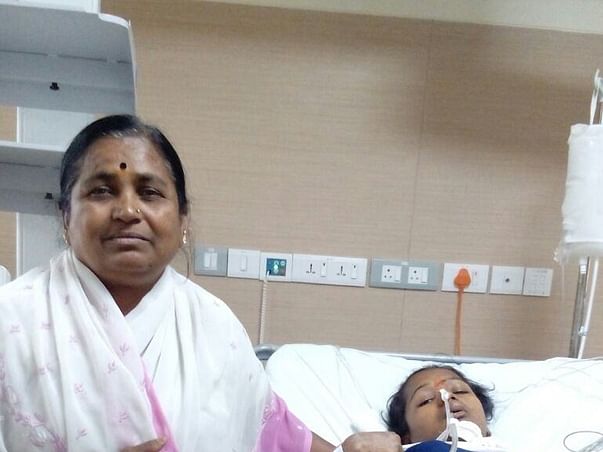 Anitha has been physically challenged since  a very young age.

Anitha had been living and studying with her disability for a very long time now. It was with immense pain and difficulty that she cleared the 11th standard. Her mother makes rotis at home and sells these at hotels.  She earns hardly Rs. 4000 a month.

She lost her father 7 years ago.

Her brother does not contribute anything to the household. He dropped out of school a few years back and rides an auto. He has clearly refused to help Anitha and his mother.

Around four years ago, her spine started to curve. She realized that it would be difficult for her to survive independently in the coming days, hence a surgery was done and a rod was inserted.

Unfortunately the rod broke and the deformity has progressed.

Hence she has been advised to undergo Revision Spinal Surgery to remove the broken rod and refuse the spine with extended instrumentation. This will help her walk comfortably and the deformity will be partially corrected.

The cost of the surgery is estimated at 5 lakh.

She has managed to get around Rs 2,00,000 through an insurance company that aids the physically challenged.  She still needs Rs 3,00,000 lakh to fund her operation.

"I have relatives, but the most they have offered us has been a cup of tea. I have received no help from anyone who is a relative. From blood transfusions to financial help, so far it has always been outsiders and strangers who have helped me most."

Anitha still believes that unknown people and strangers would help her get back to her feet. Let's keep the hope alive!