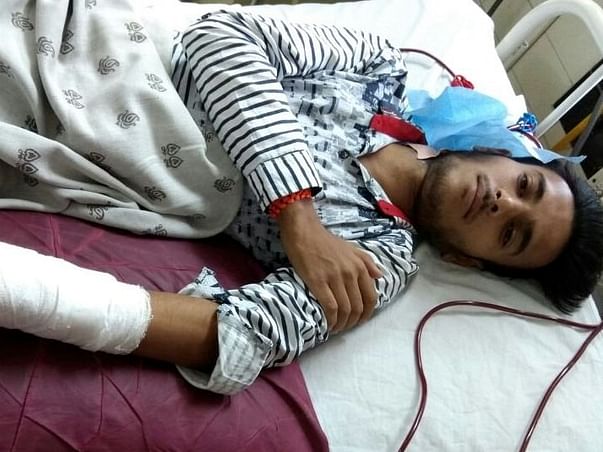 On Dialysis Since 5 Months, 21-Year-Old Aniket Needs Our Help To Undergo An Urgent Kidney Transplant
"He is a brave boy and it is only because of his will to live and to do something worthwhile out of his life which keeps him fighting his Medical Problem ! We will do everything, to help him recover and make him stand on his own feet” said 21-year-old Aniket's uncle Shri Gajanan Patrikar who is looking after his treatment at present.

Dear All,
Aniket Patrikar, a 21 year old young boy, complained about irregular and painful Urine (decreased stream of urine , sense of incomplete voiding), high fever in the month of November 2017. After doing a medical check-up in Nagpur, the doctors diagnosed that Aniket ’s both the kidneys have failed and requires removal of both the kidneys while one of his kidney needs to be transplanted with a matching one.
Aniket has had a medical issue since his birth and was not able to control his urine while he was growing up. An investigation and treatment (PU Valves fulguration) done 16 years back (in 2002), when Aniket was only 5 year old did solve the problem temporarily but the doctors missed the bigger issue. One of his (right) kidney was small and had failed while the other kidney was functional.
Based on current investigation by the doctors, it was concluded that the treatment done 16 years back was insufficient.
A future in question
Ever since his condition became critical, in December 2017, Aniket who studies in B.COM 2nd year in Arts and Commerce (kalawanijya) College in a Tehsil Saunsar (District Chindwara, Madhya Pradesh) had to stop his studies and move with his family to his Uncle’s place in Nagpur as the Dialysis facility to keep Aniket alive while his both kidney’s had failed is not available in his home town Saunsar.
Only Son of Parents working on daily wages shaken to the core
Aniket has been on Dialysis since December 2017 with a weekly expenditure (Dialysis 3 times a week) of nearly Rs. 11,000 including Medicines, Injections, Tests and Dialysis cost.
His father Shri Sanjay Patrikar works in Nagarpalika, Saunsar on daily wages with a cumulative monthly Salary of Rs. 6,900 and his mother Smt. Archana Patrikar is a house wife. They have already exhausted all their savings and support provided by his close relatives. They have already spent more than Rs. 2, 25, 000 since last 5 months.
Life at Risk
As a next step, Aniket has been advised to undergo a Kidney Transplant operation. After multiple tests, his mother Archana Patrikar’s Kidney has been found matching and she has come forward to donate one of her kidney's to her only son in order to save his life.
The Wokhardt Hospital, Nagpur gave an estimate of                 Rs. 8,60,000 while Government Medical College and Super Speciality Hospital, Nagpur has provided an estimate of          Rs. 2, 50,000 for the operation and has further estimated minimum monthly expenditure of Rs.10,000+ on medicines for the rest of his life.
His Uncle Gajanan Patrikar along with his parents have decided to do the operation at the Government Medical College and Super Specialty Hospital, Nagpur. Since Aniket is still studying and his parents are not in a position to manage all these expenditure, he will at least need to be supported for the time till he is able to stand on his feet’s and earn for himself and his family.
After calculating the costs that Aniket and his family will have to bear only on his medical needs it has come down to Rs. 6,00,000.
How can you help?
Aniket is young and has his entire future lies ahead of him. Give him a chance to make most of it. Funds raised through this fundraiser will go towards Aniket’s Kidney Transplant and medical expenditure.

UPI: rzpy.givetomlpaniketpa001@hdfcbank (Copy to clipboard)
Or
Click here to read the instructions before you make a bank transfer. 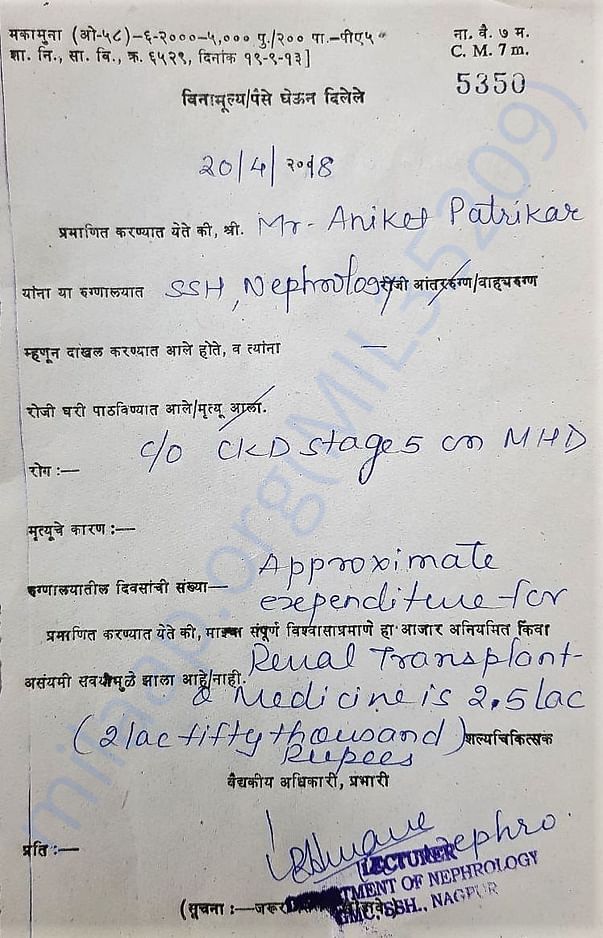 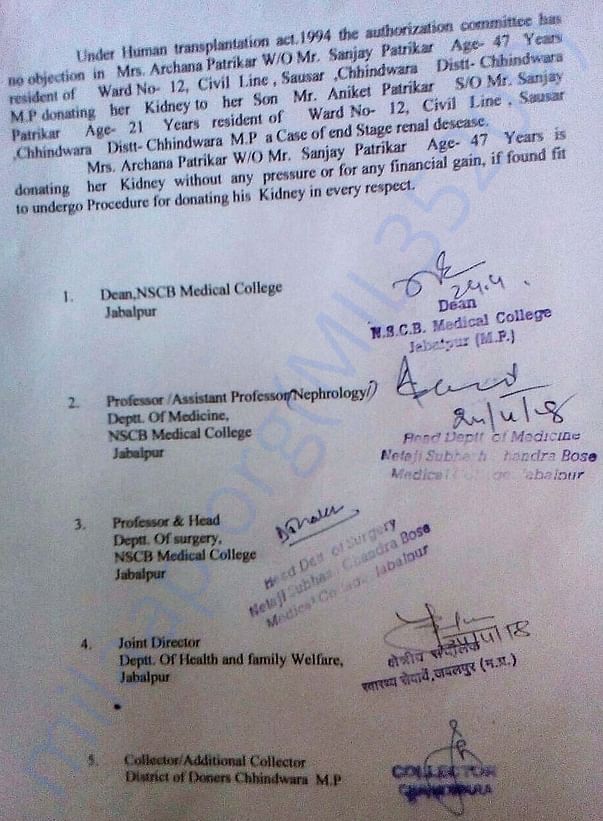 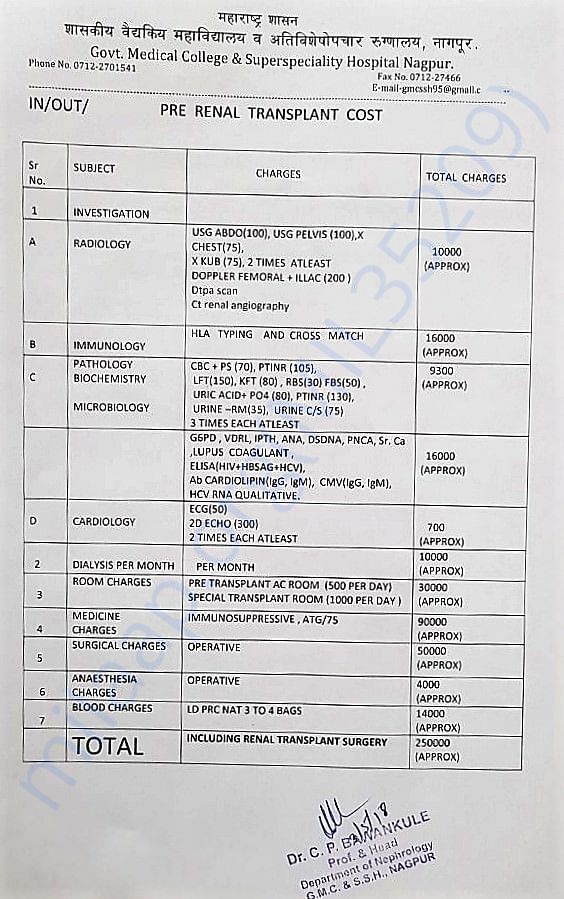 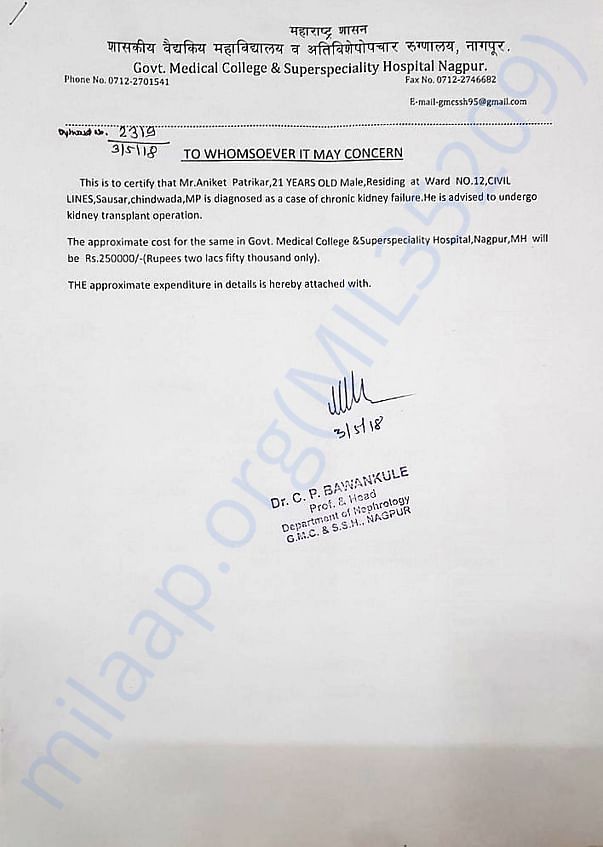 UPI: rzpy.givetomlpaniketpa001@hdfcbank (Copy to clipboard)
Or
Click here to read the instructions before you make a bank transfer.

Ask for an update
Donated to this campaign via Paytm or bank transfer? Click here if you have not received an email confirmation from Milaap.
Dear Friends,
I am very happy to share an update on Aniket today.
With Gods grace, Doctor's expertise and your best wishes and blessings Aniket has recovered well and is doing better.

He was operated last year on 17th May 2018 in Super SPeciality Hospital in Nagpur. His both the kidneys had malfunctioned, his mother Archana's Kidney was given to Aniket during the operation.

Post operation, his mother recovered faster while Aniket has been in and out of hospital for the last 1 year for various health related reasons and was stationed at Nagpur along with his Mother under his Uncle G.M Patrikar & Aunty Alka Patrikar's care.

As of today the doctors have concluded that Aniket is doing better and can start his routine life offcourse with precautions and regular medicines and visits to the hospital.

On the funding side, everyone from his relatives, his close freinds including wonderful people like you all have shown generosity and supported Aniket. A lot of near and dear ones have funded Aniket directly and others through Milaap (Rs.113,165/-).

The money collected from his relatives and close friends were used to fund the Operation and the expenses so far who have promised to support him in future as well for his medical needs.

The cost of the Kidney Transplant Operation and the expenditure thereafter has been Rs.4,90,000/- so far.

His monthly expenditure on Medicines and Hospital visit post operation which was nearly Rs. 24,000/- per month and has now come down to Rs.12,000/- per month.

The Doctors have connected Aniket with some MRs who deliver him the Medicines time to time at reasonable rates.

Today I will be closing this fund raiser and will be handing over the amount collected to his Uncle and Parents to take it forward.

Aniket will be starting his studies and has taken admission in 1st Year B.Com in Saunsar, Dist. Chindwara, MP.

Once again a big Thank You to all from Aniket and his family for your support, best wishes and Blessings.
Donate
Report fundraiser
See how thousands are crowdfunding for their causes on Milaap
Content Disclaimer: The information and opinions, expressed in this fundraiser page are those of the campaign organiser or users, and not Milaap.
If such claims are found to be not true, Milaap, in its sole discretion, has the right to stop the fundraiser, and refund donations to respective donors.

Donated to this campaign via Paytm? Click here if you can’t find your donation listed below.
MI
Milaap Impact Partner donated Rs.400

Donated to this campaign via Paytm? Click here if you can’t find your donation listed below.
MI
Milaap Impact Partner donated Rs.400

You are sending a message to
Amol Patrikar
Go back 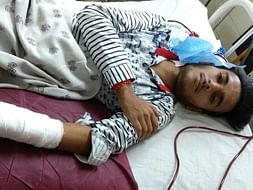