Share
One day, Anaya woke up coughing a lot. But it was no regular cough, when she moved her hand from her mouth, she saw blood. Anaya was terrified. She screamed for her mother.

“I thought she had fallen…but then I saw her there was blood on her hands, around her mouth on the sheets. She just sat on the bed crying and screaming…before she started coughing again. It’s the most scared I’ve been. After everything else we had been through … our daughter was diagnosed with cancer!”
– Garima, mother

Little Anaya has lost a lot the past two years – the house she grew up in, the school she went to, the happy childhood she once had. Now, she can lose her life too.

“We had a small business which shut down last year. We were running under a loss, we are in debt…our Anaya has suffered a lot because of this. We mortgaged our house and had to find a small rented house…we didn’t have money to even pay Anaya’s fees. We had to stop sending her to school. Our meals, every small thing we need, even a toothbrush, has been paid by our relatives.” 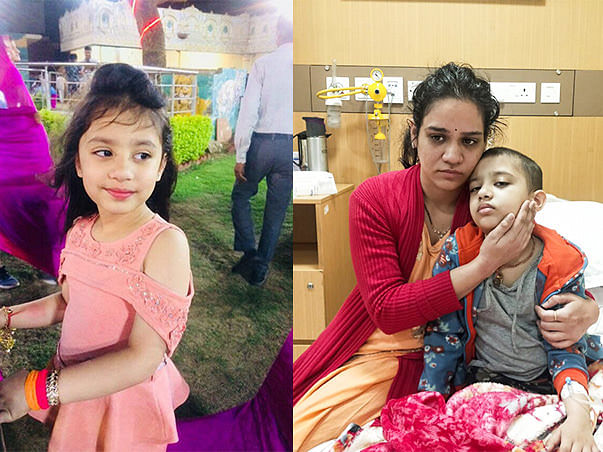 Sanket and Garima were in no position to afford Anaya’s chemotherapy. When she was diagnosed, they first took her to a government hospital. But it was so overcrowded, that it would take months to start her treatment. They could waste no time. With the generous contributions of donors on Milaap, Anaya underwent rigorous chemotherapy.

Anaya had finished all rounds of chemotherapy when the dreaded disease came back! Her cancer has relapsed and this time, without a bone marrow transplant, Anaya will not survive. Garima is beyond devasted, she looks around the cancer ward, at the other children going through as much pain as Anaya. She knows for Anaya to live she needs the life-saving transplant as soon as possible, and she’s scared because it is beyond her means to afford it. 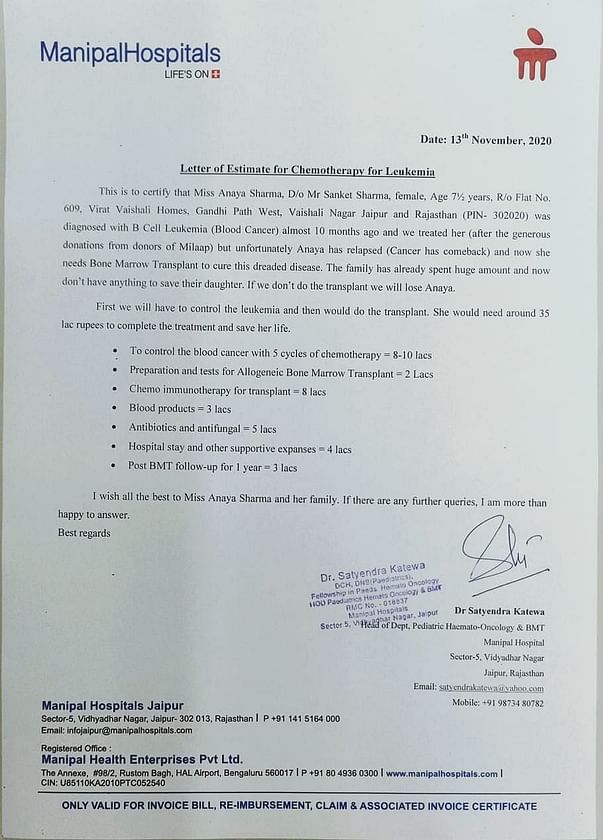 “This disease has changed her completely...it took away her hair, her strength... and her hope. I still can’t believe that my 6-year-old daughter has to go through all this! I also have Anaya's sibling to take care of….on some days I don’t even remember what I did five minutes ago. It’s all a haze.”

Sanket has been desperately looking for work. Their relatives have been supportive till now, but there’s only so much they can do. If Anaya’s does not receive the bone marrow transplant in time, they could lose her to this deadly disease. This family has only experienced loss since May last year, you are their only hope now. You are Anaya’s only hope.