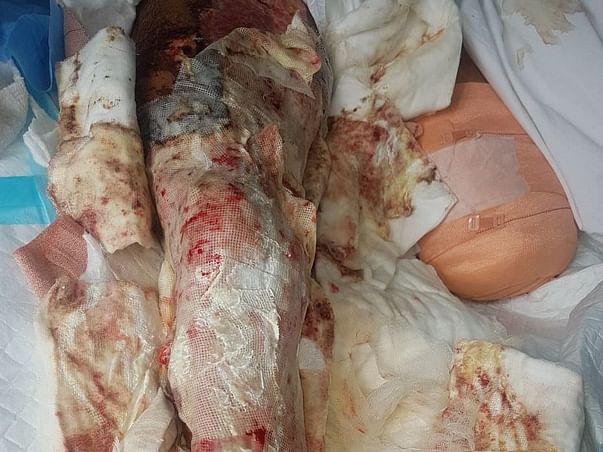 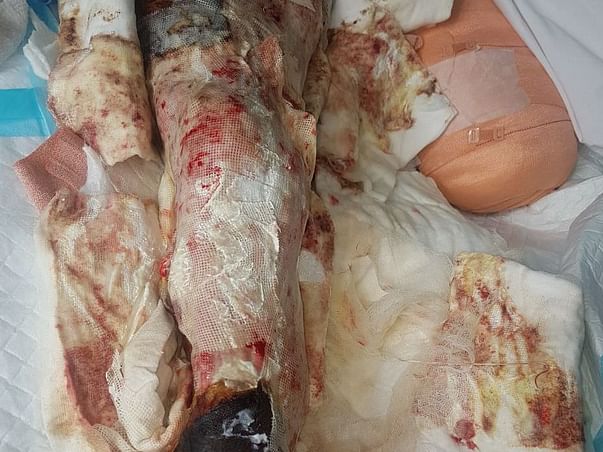 Hi, This is Shashank and group of friends creating this fundraiser request for our best friend's brother Adarsh Tiwari (age:24) who has lost both his legs in a road accident and is in ICU at the moment. Doctors have said that we have to get the prosthetic legs imported in India to make him walk again.

He is a final year student of MBA from IMS Ghaziabad. On 2nd December 2017, he was returning from his friend's place when a truck hit him from behind and crushed his both legs from the rear wheels and ran away. He was screaming for help while the nearby passers were clicking pictures of him. After about 30 minutes one angel in the form of human helped him and took him to the nearby Columbia Asia hospital. He had lost so much blood that only 38% of the body's blood was left in him. But through all of this, he somehow remained conscious and told the doctors his father's phone number. His college friends came to help and gave him 32 units of blood. Because of his strong will to fight and his friend's and family's support, he is alive.

This serious tragedy has hampered his life and his entire family emotionally and financially, since the accident. His entire family is going through the most challenging phase. His both legs have been amputated and though he is given heroin level sedation, he would still feel the pain in the amputated area and scream out of pain. This time is very critical for him and doctors have been keeping him in ICU but he has been surviving so far.

As per doctor’s advice, he must undergo prosthetic leg implants for being able to walk again and live a normal life. Since he is infected due to frequent blood transfusions, he is currently being treated for his infections and to prepare him for the implantation procedure. The estimated expense for treating his infections and preparing for the artificial leg implantation is INR 40,00,000 (USD 62000 (Approx.)). Also, his Osseointegration treatment cost may go up in case of any unforeseen complications. (Please refer the attached letter from Columbia Asia hospital)

We are seeking all your kind help here to bring his life back to normal. Kindly contribute and every penny of your contribution is definitely going to help in bringing his life back and smile in his family members' faces.
Help spread the word!