Help 7-Year-Old Who Can't Recognize His Mother Due To Deadly Disease | Milaap
This is a supporting campaign. Contributions made to this campaign will go towards the main campaign.
This campaign has stopped and can no longer accept donations. 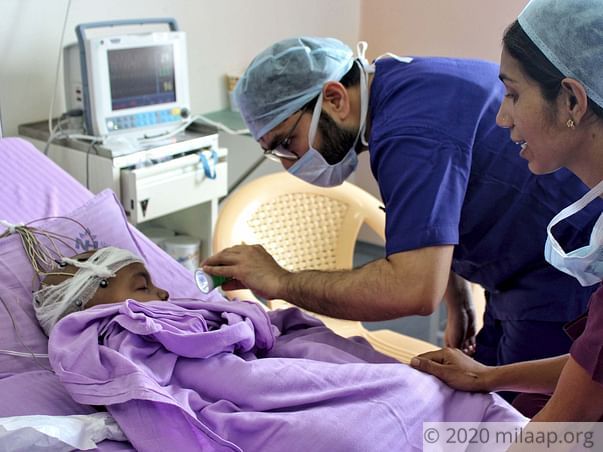 “For 3 days now, my son hasn’t been able to recognize me. I stay with him in the hospital the entire day, but he doesn’t know who I am. When I try and talk to him, he says incoherent things. He talks about his younger brother and father being in the room, he even thinks he’s talking to them, but they’re miles away in our home in Maharashtra. Harsh looks at me confused every time I call out to him. It’s heartbreaking, and I wonder how scared he must be.” – Swathi, mother.

As Swathi now sits in silence in the hospital ward where her 7-year-old son lies, she can’t help but think about the few days before Harsh’s condition deteriorated. He had cried for hours begging her to give him food. “Give me at least half a roti, mumma. Please, it’s been so many days since I’ve eaten,” he pleaded. But all Swathi could do was hold his frail little hand and say that soon, he will be able to eat all his favourite food. Harsh has been in the hospital in Bangalore for three months now, but his condition was improving and Swathi felt hopeful. However, Harsh continues to fight death.

Harsh has had a childhood like no other - despite his deadly disease, he continued to go to school

When most children cry on their first day of school, Harsh was extremely excited. He was quick to wave goodbye to his parents and run away towards his class. Swathi and Sandeep were happy to see him be so cheerful despite the blood disease he has been living with since he was 6-months-old. Harsh was diagnosed with Thalassemia, a blood disease that inhibits the body’s ability to form haemoglobin and red blood cells, and had been undergoing blood transfusions every month. But he didn’t let the deadly disease consume him.


“He continued to go to school and play like every other child his age despite the disease. Even though there were days when he could barely move, he would recover quickly. But the blood he got every month wasn’t enough to keep him alive.”

On 21st August, Harsh underwent a bone marrow transplant since it was the only curative treatment for his blood disease. Swathi and Sandeep looked forward to taking him home in the following two weeks, happy that he would finally be free from the pain. However, what followed was worse than what their little one had ever been through.

After the bone marrow transplant, Harsh developed graft versus host disease, a serious condition in which the donor bone marrow attacks the recipient. He developed ulcers in his stomach and mouth and has been fed through tubes ever since. Harsh also developed hemophagocytic lymphohistiocytosis (HLH), a rare and fatal condition in which certain white blood cells build up and cause damage to the vital organs. With extremely low blood count and seizures, Harsh has now stopped recognizing his mother. The only thing that will help save his life is continued to stay in the hospital, under strict observation. However, Swathi and Sandeep are helpless.

After spending nearly 25 lakhs on his treatment so far, his parents have nothing left

While Swathi stays with Harsh in the hospital, Sandeep and their younger son (4) are in their village in Maharashtra. Sandeep, a milkman, is the sole breadwinner of the family and is now working for longer hours to try and afford his son’s treatment, but nothing seems to be enough.

“We’ve spent nearly 25 lakhs by taking loans and borrowing from family members. We keep telling them that we will return the amount soon, but now we need more. I don’t have the courage to ask them for more money."

Harsh developed life-threatening diseases after his bone marrow transplant and has been in the bone marrow unit ever since. He can survive with continued treatment, but his parents don’t have the means to afford it after all this time. Swathi is a housewife, and Sandeep is a milkman. He doesn’t earn enough to afford 10 lakhs for his son’s treatment. All these parents can now do is pray that by some miracle, they receive help. They now need your help to save their son from the pain and misery of this disease.
Estimation letter 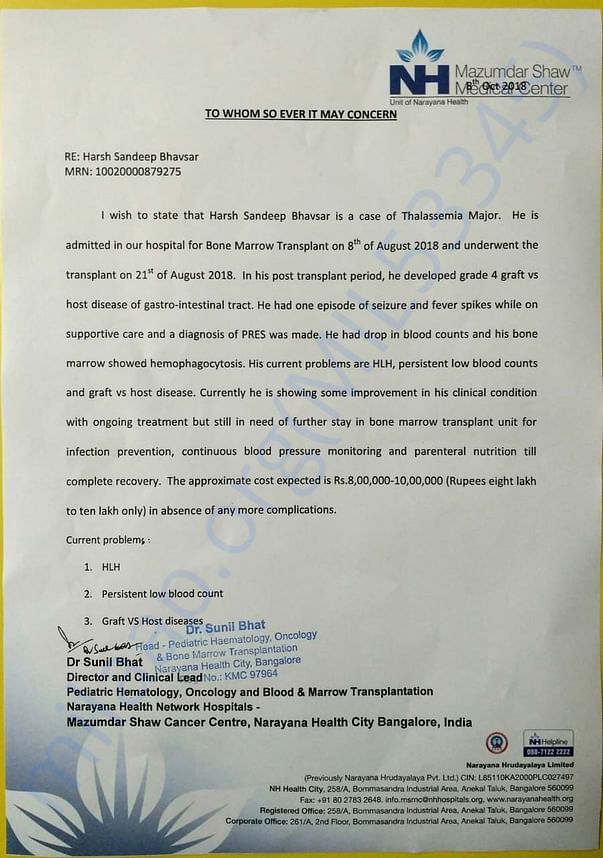 Harsh's conditioned worsened and he had a multi-organ dysfunction and even with the maximum effort by the doctors, he could not be saved.

All the funds raised have been utilized for his medical expenses. Thank you all for your support. 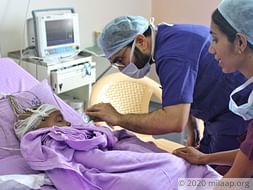