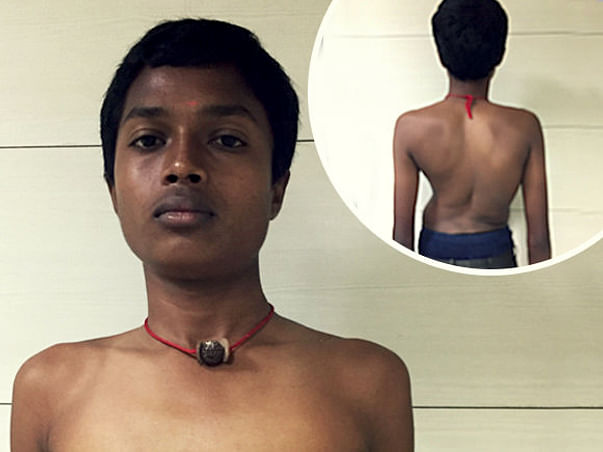 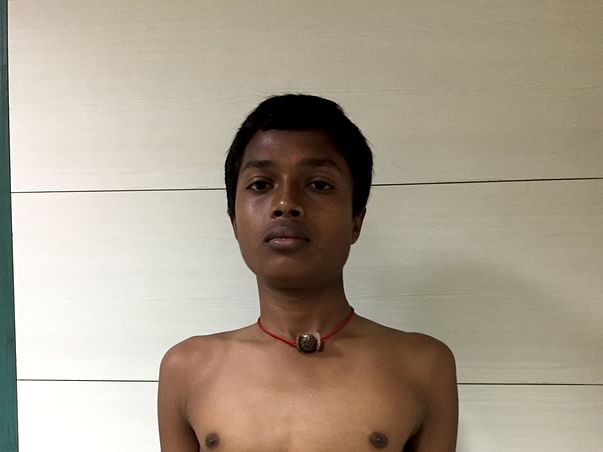 My son, Harshavarthan was born with a slightly bent spine. We thought it would correct itself as it grows, but it got worse, and now it threatens his future.
"18-year-old Harshavarthan has been diagnosed with Right Thoracic Scoliosis, Arnold Chiari Malformation for which he needs a major surgery without which he will have severe complications."
When the doctor implicates that your child's life or his lifestyle is in danger, you would want to do everything you can to stop that from happening. You would also regret letting it get this far.

When Harsha was born, we knew something was wrong. But it didn't hit us until he got to 8th standard. Suddenly, this malformation became evident. His back became more and more crooked, and it affected him very badly. No, it is not how it made him look. It caused him pain - emotional, psychological and more than everything, physical.

We took Harsha to a doctor, to find some relief. They conducted tests and MRI scan. We were told that surgery was the only option as his cerebellum was extending into his spinal cord and that was causing the problem. This was around last year. The surgery took place in G.H. Vellore. Thankfully, the expenses were covered under the government's program, and we had to pay just about Rs. 20,000 for food, and some other things that were not covered.

After this, we were told that he may need another surgery to fix the malformation, but the quote was a lot for us to pay. I agree we had been careless and ignorant. If we could go back and fix it, we would.

We met Dr. Sriram soon after the G.H. surgery. I wanted to ensure my son gets better. He is in 12th. It is time he gets relief and starts afresh. I begged the doctor to help us however he can, and he did.

The doctor's quotation for the surgery was much lesser than everywhere else we have been. My husband is a welder in our town. If there is steady work, he gets Rs. 10,000 at the most. It is barely enough to run a house especially with a daughter in 10th standard and a son in 12th standard.
All I want is for my son to get better. I don't want him to worry about anything. We have learned our lesson - health first, everything else comes next. We cannot afford this treatment either, which is why I'm here request your help.
Please help my son get the life everyone deserves. A backache sitting on the bus for a few hours or doing household work is too much for us. It is hard to imagine the trauma he goes through every day with scoliosis. Help him get relief. If we put this off now, it will threaten his life tomorrow. You are our only hope.

Contribute now to help Harshavarthan get a surgery. 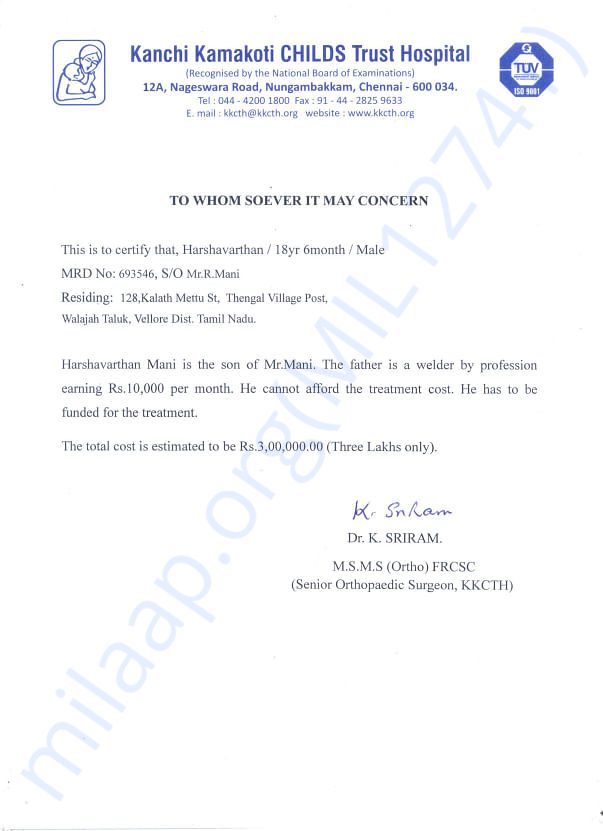 Scan & donate with any app
check_circle_outline Download payment receipt
Report fundraiser
Know someone in need of funds for a medical emergency? Refer to us
Rs.168,758 raised

Donated to this campaign via Bank transfer/QR Code? Click here if you can’t find your donation listed below.
A
Arunkumar donated Rs.3,000

All the best for surgery.. god bless you

Best wishes for an early recovery.

You will be back to normal again with gods grace.

Donated to this campaign via Bank transfer/QR Code? Click here if you can’t find your donation listed below.
A
Arunkumar donated Rs.3,000

All the best for surgery.. god bless you

Best wishes for an early recovery.

You will be back to normal again with gods grace. 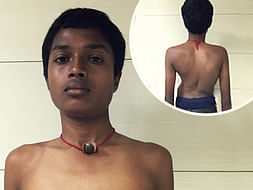