Give Rotty another chance at life | Milaap

Give Rotty another chance at life 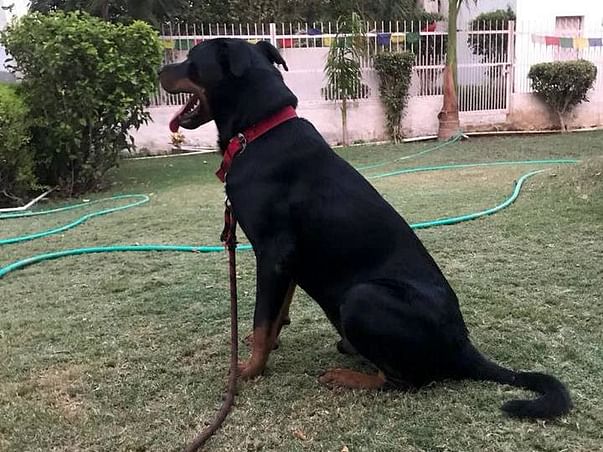 I rescued an aggressive Rottweiler mix boy that I named Rotty from the streets of Suncity Gurgaon in April 2018. He was probably abandoned because of his aggression.
Rotty has bitten multiple people post his rescue because of which he’s had to change his boardings and fosters. It took me a while to realize he’s aggressive because his first bite was after more than a month of rescue. In between this he would try and show aggression but never really injured anyone.
He tried to bite me once while I was in the car with him but I got lucky. But when he bit the first person in front of me that’s when I realized that he has temperament issues. Rotty has since then tried two households who were told about his aggression and temperament issues and who also spent time with him before taking him home big Rotty ended up biting both of them. He has bitten caretakers at boardings multiple times and the boarding owner who we assumed Rotty loved.
We have now realized that there are actually no triggers for his aggression, he bites people without provocation and is extremely unpredictable. Rotty also hates other dogs and has both dog to dog and dog to human aggression. I have so far spent more than 50k on Rotty which includes his initial treatment, vaccinations, tick fever treatment, tests, food, boarding fee etc in the past 6 months.
I don’t see him getting adopted because I know that he will end up biting the person and would probably end up abandoned on the road again. Yes, I have discussed with Dog Behaviorists who have confirmed that his aggression cannot be treated with basic training and he needs to be in a training school where he should be boarded and trained by the best.
The problem is that the cost for that is anywhere between 50k-1 lakh for 2-3 months and there is no guarantee that he will change after that. And I don’t have the money to afford that. The last option that I received was PTS as people think it is better than me giving him to someone who will end up getting bitten and Rotty ending up on roads again.
Today I have given up and I am out of options. Our last option is VOSD (Voice of Stray Dogs) who have agreed to accept Rotty to their 800 dogs big sanctuary. They specialize in handling cases like Rotty's. VOSD is Rotty's last option at life. The boarding has denied keeping Rotty any longer and if not VOSD then Rotty would end up at a shelter and no shelter would risk other lives because of one aggressive dog and we know what his fate would be.
I need 15k to pay VOSD's fee for accepting Rotty. Below is the link where the charges are mentioned on their official website:
http://store.strays.in/product/vosd-ownerless-dog-surrender/
And another 35k to relocate Rotty from Delhi to Bangalore via air.
This will be done by a pet relocation company and these charges include his Air India ticket, fit to travel certificate and all other charges to complete the necessary formalities.
Another 5k to transport him from boarding to the airport and the airport to the sanctuary. His boarding fee of 7500 for the month is also unpaid. No matter how small your contribution is, it will help give a living and breathing being another chance at life.
I will upload all relevant receipts and slips for everybody's reference once funds are collected and I am able to make payments to VOSD and the relocation company.
Please come forward and help me and Rotty.

UPI: givetosonalt@yesbankltd (Copy to clipboard)
Or
Click here to read the instructions before you make a bank transfer.

Ask for an update
Donated to this campaign via Paytm or bank transfer? Click here if you have not received an email confirmation from Milaap.
Hi Everyone,

I am extremely happy to tell all of you that Rotty finally reached VOSD today, safe and sound. And Rakesh Ji from VOSD himself received him. All of you have helped me and Rotty a lot. This wouldn't have been possible without all of you. Please help me raise the last mile of funds and let's together pray that Rotty has a happy life ahead :)

Hi Everyone,
Thank you so much for coming forward and donating for Rotty. I am changing the required amount because I have found someone who has agreed to take Rotty by road for half the price that was required for air travel.
Hence I only need to raise 18k for road transport, 15k for VOSD and 7k for the boarding charges of the month.
Donate

Best wishes. Thank you for being there for this lad.

Best wishes. Thank you for being there for this lad.

You are sending a message to
Sonal Thakur
Go back 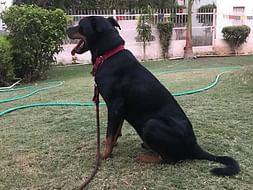 Give Rotty another chance at life