Pedalling across India to bring gender equality | Milaap
Milaap will not charge any fee on your donation to this campaign. 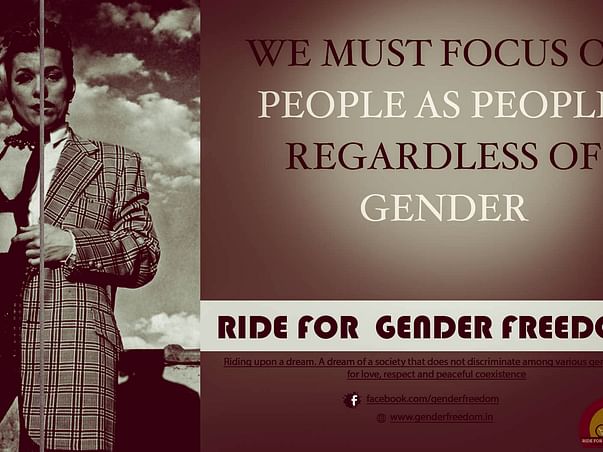 About The Ride: While one face of the developing and “rapidly” progressing Indian society shows us women matching steps with men in every arena, from academics and research to sports and entertainment, there still remains a large disparity between various genders, deep rooted in every region and culture of this country. Moreover, the social constructs that burden a gender with expectations to behave in a certain way, leave us with limited acceptance for anyone who deviates from the defined gender roles. This might sound complex to you, the reader, and the follower of this Ride for Gender Freedom as you have come to read these words, but the idea of gender freedom is simply about peaceful coexistence and acceptance of all genders - male, female, trans or any other way an individual wishes to define their gender. Little differences in the way daughters and sons are brought up in a family lead to social bias in gender roles. While daughters are taught to cover and behave themselves for their own safety, sons are taught to urinate in public, allowed to leer at and misbehave with women. The advice to boys is usually to stay unprovoked by a girl's clothing and behaviour. When it comes to trans-genders, the idea of freedom seems blanketed by another thick coat of hypocrisy. This Ride was started with a prime motive to highlight the gender-based violence, of which, women have been the receivers largely, and to bring to discussion the behaviour that is leading to such violence. Rakesh Kumar Singh, the rider who conceptualised and is spearheading the ride all alone so far, has cycled over 3600 kms, starting from Chennai, Tamil Nadu on 15 March 2014. During the course of the Ride, Rakesh has been conducting discussions and workshops, and delivering talks in educational and cultural institutions; puppet shows at villages and important landmarks in every town he crosses to initiate a discussion about gender freedom and violence against women. His cycle, his clothes, accessories and the Rainbow flag of the Ride are gradually gathering messages from people who identify with the idea of gender freedom and wish the Ride best. Some of you have been constantly following the ride as it traversed through Tamil Nadu, Pondicherry and Kerala and now in Karnataka. Even in the most literate parts of the country, gender-bias and patriarchal preferences are not only evident, but are hardly criticized ever. Though the mother holds the central position in running a household and feeding its members, it is the father whom children look up to and learn from. The way a man treats his wife is often reflected in the behaviour of his children, and the way a mother endures all the suppression, right from being yelled at for the missing salt in the food, leads to sons and daughters learning their respective gender defined roles. It is common for a boy to be scolded if he imitates his mother by wearing a saree. Girls often face scoldings for behaving like their male peers even as a kid. It is these behaviours and social constructs that are brought forth by Rakesh through his ride across the regions he is covering. Even in Kerala, the state with highest literacy, dowry remains an important deal in a marriage. Girls often start working early in an effort to reinforce their dowry budget, which would ensure a better match, in this state.The gender-equations leading to various crimes are deep rooted in our culture and upbringing, which is influenced by patriarchal mindsets ingrained across religions, caste and communities since time immemorial. Looking at the society, it is tough to point out where one picks up the skills for executing heinous crimes like rape and acid attacks, with precision. If the criminals are coming out among us, we must slow down amid our progress, and reflect on the factors that are leading to such crimes that shame humanity. This is the purpose that this Ride serves. This will go on till March 2017. If you fund this Ride for a day, you make a difference, enabling the rider to cycle another 50kms, and talk to about 50 people about gender freedom. This project enables you to contribute whatever and whichever way you can. The Ride needs volunteers in various streams. It needs video volunteers, content volunteers, and many more. It needs people who can propagate its thought process at tea stalls and within families. Your biggest contribution would be to cycle a few days with the rider. Do contribute or make an effort to associate with this Ride for Gender Freedom. Your contribution will be shared on the Ride's Facebook page and website. You are an asset to the ride. Please be safe and spread the awareness far and wide. Women, children and men and others do deserve the right to freedom of expression, as far as their personal experiences of gender are considered.

Born in Tariyani, Chhapra, in Bihar, Rakesh Kumar Singh has mostly been a media-person for the most part of his life. He has spent about 10 years in Delhi working with the 'Sarai' programme of the Centre for Studies of Developing Societies, Delhi as a media researcher, studying the media market in Delhi and edited a Reader-series called Medianagar. He also spent time as a corporate communication expert with a few corporate firms and freelanced for several magazines and news papers. His first book Bam Sankar Tan Ganes is discussed as a valuable documentation of the contemporary history of rural Bihar. At present, he is wandering to complete his next book Beyond Nagas, apart from playing with the brush and colours. He draws his ideals from Kartulain Haidar's Kalandar and strength from Yash Malviya's poetry: Samay ki maar Sah lena nahin rukna mere saathi… A country free of gender discrimination is his final dream. And there haven't been more than three interests that move his life- Wandering, tripping and photography.

You are sending a message to
Rakesh Singh
Go back 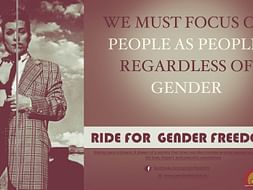