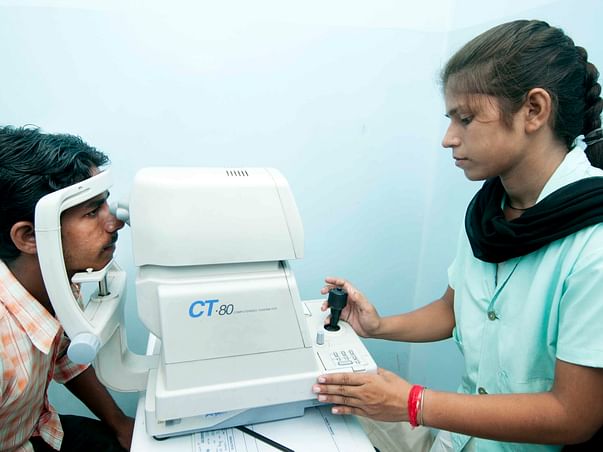 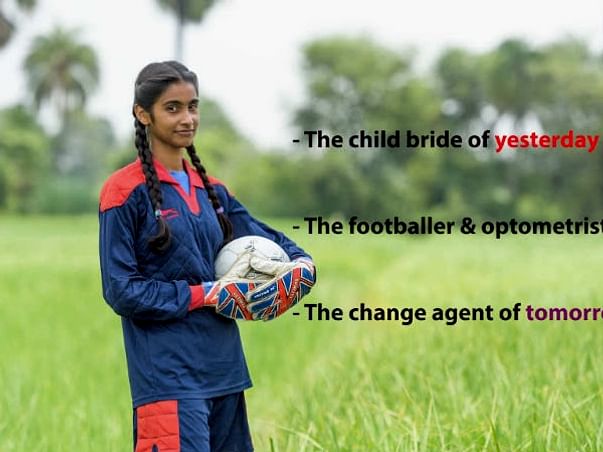 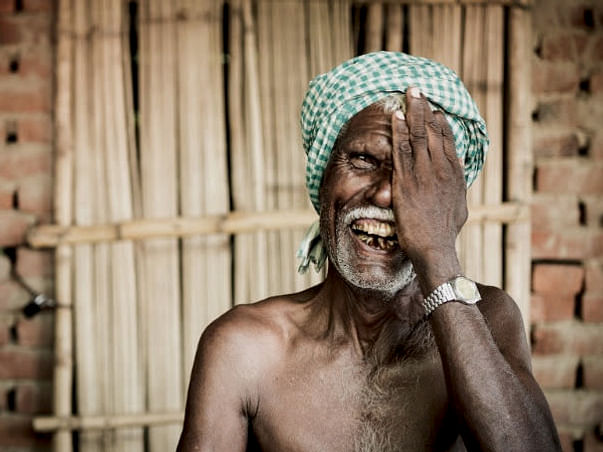 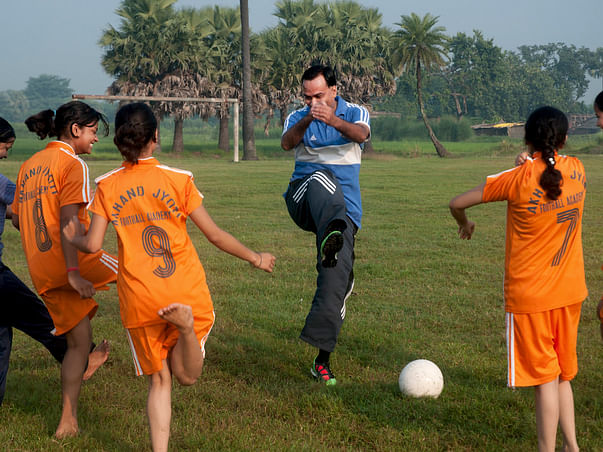 Working where it really matters
The poorest 200 districts in India are concentrated in the states of Bihar and Uttar Pradesh, which together could form the world's third largest country.  Blindness is both a cause and outcome of poverty.

Tiwary started the Akhand Jyoti Eye Hospital in 2006, in Mastichak. What started as a small ten-bed hospital has, over the years, grown to become the third largest hospital in India. It is a source of hope and joy to the thousands who walk through its doors every year.Reaching the Unreached
Half the people needing surgical intervention in Bihar do not have access to cataract surgery. The major barrier, apart from lack of money, is that they cannot afford someone from their family to bring them for treatment. Akhand Jyoti reaches out to the remotest villages to identify the poorest and bring them to its centers for treatment.

Despite the fact that the hospital was transforming the lives of thousands and their families, the image of the little girl who was forced to drop out of school and look after her blind father continued to haunt Tiwari: “It kept nagging at me. That and the fact that in a lot of places in Bihar, girls are still being sold. I wanted to do something for them.”

In 2004 when Mritunjay Kumar Tiwary sacrificed his urban life and moved to a small, remote village Mastichak located in District Saran of Bihar, the place was in a wretched condition. With no electricity and numerous blind patients the place was totally purblind in both social and economic terms. Cases of female infanticide, foeticide and child marriage were common as the worst abominable situation that hindered the growth and progress of the women in Bihar.

Mritunjay with his commendable leadership initiated a programme in which he thought of educating young girls: “Teach football to the girls and draw them out of their homes” for which AJEH became the main centre to support and guide young girls as it started training the young girls to become either a professional footballer or an optometrist or both. Mritunjay efforts brought a great social change in Mastichak; his enlightening vision gave hope and dreams to the young girls of Bihar. He developed an opportunity for them by which girls with sports quota can get into government jobs or after class 12(A level) can directly join Bachelors in Optometry & Ophthalmic Techniques and become an Optometrist.

A girl easily earns Rs. 250,000 per year either in a job at the hospital or by doing her own clinic and their income is in fact 20 times the average capita income of rural families in India. AJEH is creating wealth in the rural areas leading to a greater contribution to the country’s GDP as well as more spending power.The girls also play an instrumental role in helping the hospital achieve its vision of eliminating blindness from Bihar. So in either case – whether she becomes a professional footballer or not, the girl gets a guaranteed education, career and livelihood.

At AJEH the girls reside in the fully fledged separate girls hostel which provides accommodation to the girls coming from the most backward areas of the state. The concept is to introduce two periods of football (45 min each) every week whereby girls between 10 years to 15 years are exposed to football as a sport. The periods are conducted by the local physical education teacher who has been trained by a full time football coach. Once the interest level develops and the girls prefer to be a part of the fulltime programme, they are selected to join full time and reside in hospital’s campus at Mastichak. The entire cost of their education, living and training is taken care of by the fund donated to AJEH.

Parents execute a bond undertaking not to marry the girl before 23 years of age. The girls have become a role model in bringing out a social change in Mastichak and have created a benchmark for the changes in their respective communities. Two girls of AJEH play football for India and several others play for Bihar Football Team.Mrityunjay needs funds to train 20 girls for an year in Optometry.

Scan & donate with any app
check_circle_outline Download payment receipt
Report fundraiser
See how thousands are crowdfunding for their causes on Milaap
Rs.27,202 raised

God bless u ! Humanity do exist 🤗

This facility has the blessings of a supreme power and will excel in their efforts. We are with you Tiwari Sir!

All the best and kudos for carrying out this great empowerment work.

God bless u ! Humanity do exist 🤗

This facility has the blessings of a supreme power and will excel in their efforts. We are with you Tiwari Sir!

All the best and kudos for carrying out this great empowerment work.

MT
You are sending a message to
Mrityunjay Tiwary
Go back 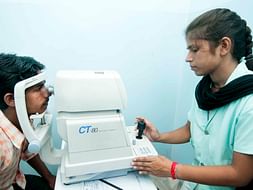