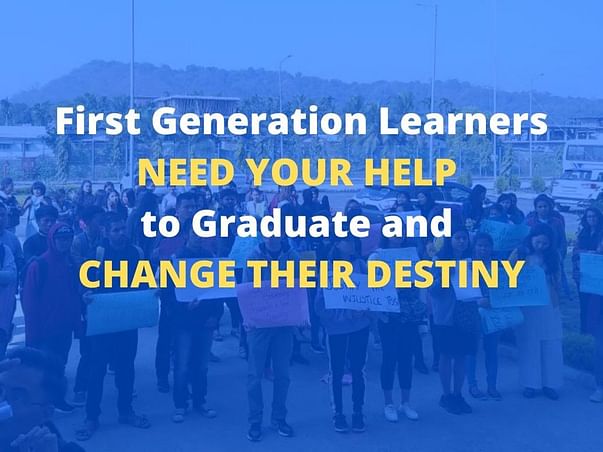 Share
The Government of India provides a scholarship(GOI-PMS) for higher education to students who belong to the Scheduled Caste, Scheduled Tribe and Other Backward Classes, which are the three of the most vulnerable groups in India, which waives off the tuition fees. However, the tuition fees(INR 12,000) accounts to a smaller number than the hostel(INR 15,000) and dining hall charges(INR16,000) per semester. Until 2017-18, Tata Institute of Social Sciences(TISS) waived hostel and dining hall charges for students availing GoI-PMS after which they have discontinued fee-waiver.

The 2018-20 batch is the first batch of GoI-PMS(Government of India-Post Matric Scholarship) graduating without the fee waiver of hostel and dining hall charges which accounts to nearly INR 31,000 per semester for a four-semester course.

The students who are eligible for the GoI-PMS Scholarship are people from marginalized communities, mostly from Scheduled Caste and Scheduled Tribes, and those who have an annual family income of less than INR 2,50,000. Anyone who is following the social reality of the country would require no further elaboration to understand the social and economic background of these students. Before the institute discontinued the fee-waiver for GoI-PMS students in 2017, which made it possible for students to pursue higher education in the Institute by paying the amount required for registration, which ranges from rupees 200-4500 with a few other minimal charges. But after the waiver was discontinued, the students from these marginalized communities are required to pay the Dining Hall Fees, Hostel Fees, as well as the registration fees which amounts to near and about INR 32,000 per semester.

The amount of 32,000 in itself is a daunting figure especially for people who comes from families whose annual income does not even reach 80,000, therefore the cumulative amount of 1,20,000 that is required to complete the two years course is almost impossible for these students. Though this burden was slightly lightened by a partial student aid, and most students by hook or by crook managed to raise the amount that is being asked of them by the Institute. There are 22 students amongst us from this category who are in no position to raise such an amount.

The certificate for having completed two years mastering their field will be withheld if they do not clear the whole amount. We the Students of GOI-PMS Students' Association have been exploring every means possible for the past three years trying to keep the door open to our institute for people from the marginalized communities. Having exhausted all means, and understanding that true social upliftment of these communities can only come when people belonging to these societies and allowed to access higher education and live dignified lives.

We request each and every person, regardless of nationality to please come together for this cause and contribute to this campaign, in an effort to make the world a place where financial and social standing does not come in the middle of aspirations and achievements. Every penny donated to this campaign will be used to clear the fees of these 18 students, and everyone will be kept updated about the campaign as well as the developments with full transparency.

Of the 22 students, the range of the remainder of their fees is anywhere between INR 32,000 and INR 96,000. All 22 students are either students of Social Work or Social Sciences.