Support Our Research In Finding A Cure For Muscular Dystrophy | Milaap
Milaap will not charge any fee on your donation to this campaign.

Support Our Research In Finding A Cure For Muscular Dystrophy 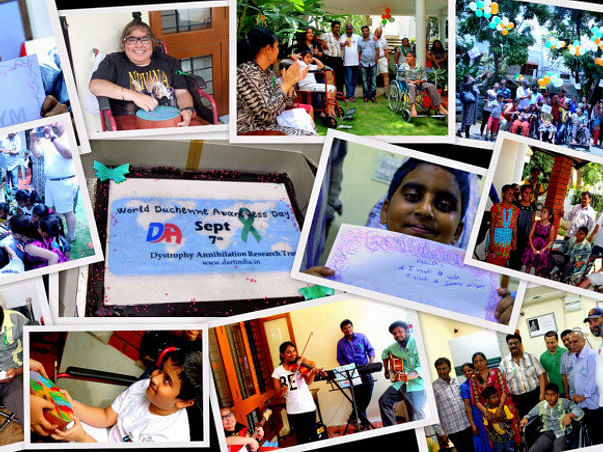 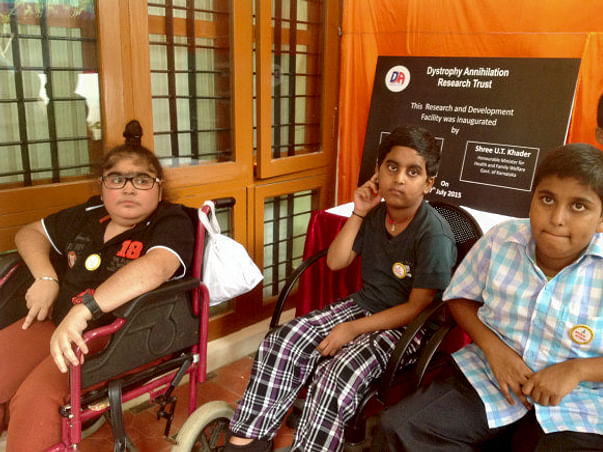 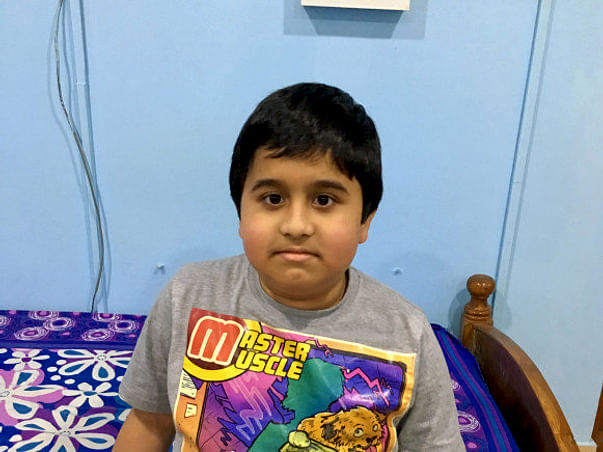 Mallya Aditi International School is fundraising for DARTS this Diwali.

In August 2000, the Anands were euphoric as their son, Karanveer came into this world, bawling his lungs out. It was exhilarating! Everything was new again. Every day was a new adventure. Every coo, every yawn, every imaginable bodily function was fresh again.

As Karan grew, they were content, happy in their small world. He would babble, crawl, want to play, sleep and eat much like any other child his age. Like his peers, he would fall down and play. His parents lovingly thought he was a bit clumsy when he would fall down often. As he grew, there were subtle changes such as trouble climbing stairs, getting up from the floor or running. He would walk on his toes or the balls of his feet with a slightly waddling gait. His parents presumed that he had a small problem in his feet and took him to a doctor promising butter chicken on the way back from his favourite restaurant.

Sadly, they didn’t get the speedy conclusion they had hoped for. The Anands traversed the length and breadth of the country looking for a cure or at the very least find out the cause of the problem. Faith healing, Homeopathy, Ayurveda, Allopathy, Unani, they tried them all, to no avail. They were prescribed vitamins, exercise, changes in diet and a whole lot more. General practitioners, orthopedicians, paediatricians each giving their own opinion and rubbishing everything preceeding it. Each asking them to do different blood tests, Electromyography (EMG) and so on without giving any satisfactory answer about the result of the tests done or what they meant. Tests written in textbooks, treatments unheard of and renown, they tried them all.

Every one of these treatments, medicines, doctors and tests promised results and recovery. Believing in their efficacy, they spent time and hard earned money hoping that it would help Karan. With each new treatment they despaired of ever finding a cure.

Knowing that their son was having a hard time and being unable to help him weighed heavily on their mind. Tipped close to breaking point and hoping for the best was becoming tougher with each visit to the doctor. Watching Karan be brave with each jab of the needle at every diagnostic centre was heart breaking. The worst part was being unable to answer Karan when he would ask why he wasn’t able to walk like other kids, why he needed to go to the doctor, but mostly if he was okay and if there was anything wrong with him.

They eventually landed at Dr. Vishwanathan’s doorstep, emotionally exhausted. Dr. Vishwanathan was a renowned paediatric neurologist. He put Karan at ease, was interactive, did a lot of poking and prodding and gradually grew contemplative towards the end. He recommended a blood test to aid in diagnosis. “I sincerely hope it is not what I think it is.”, is all he said.

They were in for a nasty shock. Anand and Movin, were taken aback when they found that Karan, had Duchenne Muscular Dystrophy (DMD)., a condition where a protein called Dystrophin, which is needed for the proper functioning of the muscles is present in much lower levels than required. In layman terms it means that your child will be wheelchair bound for most of their life before they become bed ridden.

What would you do if your child was diagnosed with a condition that that most people haven’t heard of? One that progressively worsens and doesn’t yet, have a cure? For decades the health ministry has been focussed on more prominent diseases like Heart diseases, Diabetes, Cancer, Tuberculosis but they seem to have forgotten the 70 million people who suffer from the 7000 odd rare diseases also need their attention with regard to treatment and management.

Anand didn’t accept “there’s no hope and little help” as an answer. He immersed himself in Duchenne, working to understand the pathology of the disorder, the extent of research investment and the mechanisms for optimal care.

Stumbling, falling and breaking in search of hope Anand and Movin finally decided to do it themselves. The Dystrophy Annihilation Research Trust (DART) was founded after having scoured the country in search of help for Karan. This was not by any means an easy decision. Anand closed his business in 2010 and decided to focus on DART full time. This meant recruiting people qualified enough to run a research lab, looking for potential places where the lab could be set up, buying the necessary equipment and chemicals, collaborating with researchers abroad and so on. Non-profits have limitations, because drug-development costs are high and foundations must vie for donations.

DART hopes to change the course of Duchenne and, ultimately, to find a cure. DART is not just a research lab. For many children and parents, it spells hope and faith. That someday, their child will be free of wheelchairs and restrictions and can play, run and walk like children everywhere. Their long term goal is to develop some form of treatment that is cost effective, as quickly as possible to relieve the suffering of children and families alike.

Back in 2003, blood tests done in different diagnostic centres proved to be inconclusive. The only definitive result came from dystrophin staining in muscle biopsies. Even after that, clinicians who knew about the disease and gave guidance on steps to take were extremely hard to come by.

Although the current scenario is much better than it was a decade ago, it is still sadly lacking when compared to other countries. The government policy on MD is that there is no policy. There are some regulations and guidelines on rare diseases. But none of them really cater to the needs of the patients or families. India has the second largest population in the world; yet, no comprehensive database for Neuro-Muscular Disorders is available.

There are still families out there with no idea about the disease, much less how to manage it. Spread the word, raise awareness about muscular dystrophy.

If not you, then who?

If not now, then when?

Dystrophy Annihilation Research Trust [DART] is the first lab in India focusing on Muscular Dystrophy (MD). We are a group of skilled professionals working towards achieving a realistic treatment option to alleviate and reverse the dystrophy condition at the genetic level thereby enhancing the quality of life of existing patients.

DART was founded by RS Anand who has been tirelessly working towards a deeper understanding of MD since discovering his son was affected by DMD in 2003. With India having more than 500 thousand boys with DMD it was startling that no proper research was being done for the same.

DART was established in 2012 with the idea of providing support to affected children and their families in dealing with muscular dystrophy. Anand is the Founding President and the driving force behind the organization.

The funds raised in this crowfunding platform will be used for:

The setting up of the R&D lab holds out much hope for children with MD. Families can take comfort in the fact that critical research is being carried out within their reach. Though international research is in progress, not everybody can get access to such research. The lab is much needed to provide critical intervention in MD.

To know more about us drop in at www.dartindia.in

You are sending a message to
Dr.Arun Shastry
Go back 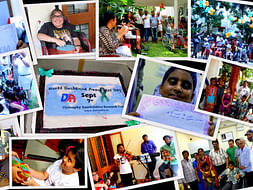 Support Our Research In Finding A Cure For Muscular Dystrophy