Help us Quench Thirst of Animals in Vijayawada this Summer | Milaap

Help us Quench Thirst of Animals in Vijayawada this Summer 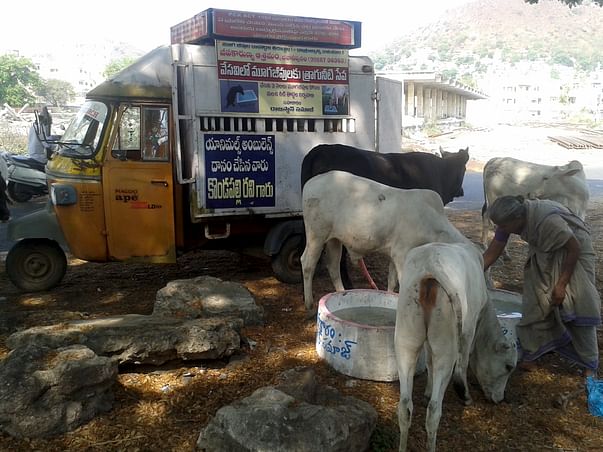 As we respect soul in every being with Namaskaram, let us also help every living being

I am Ravi Keerthi, former business strategic consultant, animal activist, vegan and a human who believes in the moto of "Every life Matters".

What's happening every summer:
Thousands of animals face a painful death caused by extreme hunger and thirst every summer through out the country. Many animals also suffer from variety of health adversities like dehydration, skin infections, fever and viral infections due to unavailability of drinking water. Anyone can observe steep decline in number of stray dogs, cows and birds during blazing summer season. As there is rise in urbanization and concrete jungle, along with swachh bharat, animals are facing difficulties in finding food and water, which they need in high amounts during summer especially.

What we have been doing:
We at Jeevakarunya Ashram focus on animal rescue, rehabilitation, spread awareness on animal welfare and oppose animal abuse at various levels. We have been successfully implementing the Dhaaham Teerchu (Quench the Thirst) project providing water to stray animals through 100 Medium size concrete troughs since 5 years in Vijayawada City, however covering limited area and limited summer time, mainly due to lack of funds.
Plan for this Summer (2018):
Snapshot of the Project:
Project Name: Dhaaham Teerchu (Quench the Thirst)
Location: Vijayawada Urban
Number of Water Pots: 500
Approximate Number of Liters Provided: 1,50,000 liters
Number of Vehicles for filling water: 2
Human Resources: 4
Cost for activity for one month : INR 70,000 to INR 75,000
Total Cost: 2,70,000 INR - 3,00,000 INR
Your Contribution:
Every rupee is welcomed and valuable for us, as every drop of water is important for stray animals. Every contributor definitely gets immense satisfaction along with the message (till INR 100) and image of receipt (above INR 100) from our organization. 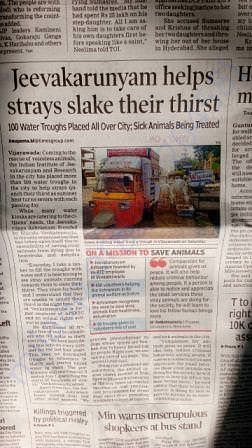 It gives us immense pleasure in informing you all that a total of 78 bowls have been placed across Vijayawada, we are planning for 20 more bowls in the month of May to help to quench the thirst of animals.

Please keep supporting us so we can together make this place a better place to live in.

Regards,
Ravi
Donate
Report fundraiser
See how thousands are crowdfunding for their causes on Milaap
Content Disclaimer: The information and opinions, expressed in this fundraiser page are those of the campaign organiser or users, and not Milaap.
If such claims are found to be not true, Milaap, in its sole discretion, has the right to stop the fundraiser, and refund donations to respective donors.

Keep up the good work of providing water to all

Keep up the good work of providing water to all

You are sending a message to
Ravi Keerthi
Go back 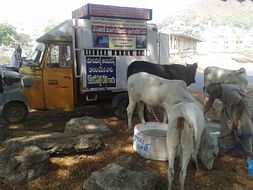 Help us Quench Thirst of Animals in Vijayawada this Summer