Generously donate to save India's first Community Radio | Milaap
This campaign has stopped and can no longer accept donations. 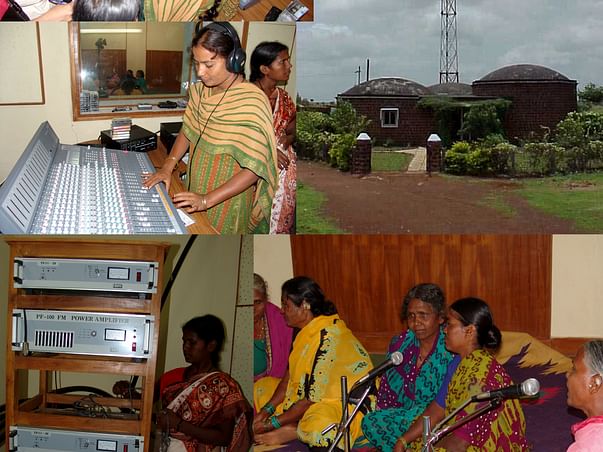 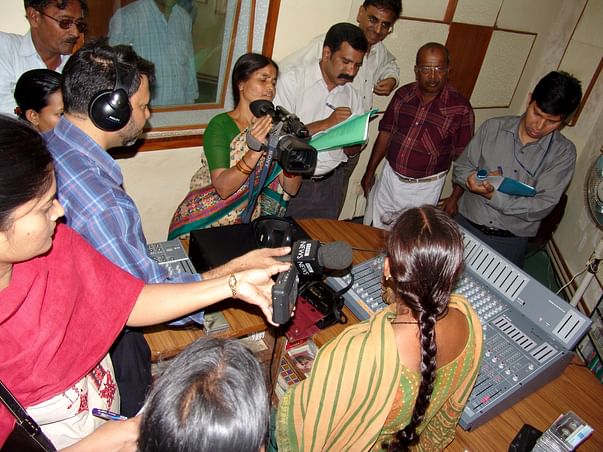 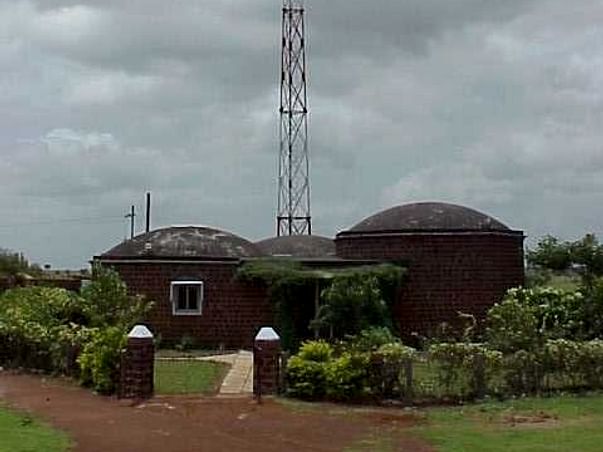 Previous Next
SANGHAM RADIO
Machnoor Village, Jharasangham Mandal, Sangareddy District, Telanaga
In Operation since October 15, 2008
It will not be long for the first community voice of India to be silenced. For ever. If we don’t act immediately we will become mute witnesses to this enormous democratized. But fortunately we still have one chance. That is if we act swiftly.   SANGHAM RADIO, India’s first authentic community radio is on the verge of closing down, permanently.

When it was born 20 years ago and was ‘licensed to broadcast’ by the Government of India ten years ago, SANGHAM RADIO heralded a new media space for the under privileged rural peasant women of India. In Pastapur Declaration released by dozens of media activists of South Asia, SANGHAM RADIO was hailed as a revolutionary event on India’s media landscape which had been completely captured by commercial media pushing out the real people particularly marginalized rural women from whatever little space it had occupied  till now.

Owned, operated and managed by the peasant women from the socio economic margins of the society who have no space in the dominant media SANGHAM RADIO has become a beacon  of hope for under privileged rural communities, women in particular,  to articulate and discuss their own lives and  issues associated with them. This is also the beginning for these communities of the recovery of their stolen voices.

The SANGHAM RADIO   is an initiative of the Deccan Development Society [DDS], a 30 year old grassroot organisation that has been working with peasant women, helping them produce hope and dignity for the poor even while practising their heroic agriculture on their palm sized farms. The society is a community of 5000 dalit women who represent the lowest  rungs of the Indian social hierarchy (see more details at www.ddsindia.com)

The women members of the DDS sanghams have been regularly contributing to the day to day running of their radio, though it means a crippling burden on their fragile  household economy. The Ministry of Information and Broadcasting has  strict rules that community radios cannot be supported from international funders. That means that SANGHAM RADIO can get some money for its existence from advertising revenues. Neither the local advertisers or bigger advertisers have shown any  interest  in advertising on SANGHAM RADIO. From their point of view this is not a clientèle important for them. The Government of India once in a while commissions SANGHAM RADIO to advertise their own “schemes”. But the government has not paid for the advertisements aired and is dues of the government to SANGHAM RADIO over the last three years has totalled to  an amount of Rs.3.25 lakhs, a staggering amount for the women of SANGHAM RADIO.

Just now the SANGHAM RADIO also faces an emergency. Its transmitter donated earlier by the UNESCO and  later bought with some local contributions from a Dahanu based company has ceased to operate. The broadcast which  is supposed to reach a radius of 30 kms now barely covers a 3 km radius. Very soon even this may fail and SANGHAM RADIO may be silenced for ever.

The donors would enjoy honorary membership of SANGHAM RADIO/ Major donors will be invited to the annual meeting and will receive all the major programs of the radio. Sangham Radio has made many lives in many villages.  Now its own life is at stake. It is looking for your support

Links
A day with Sangham Radio – By Pete Tredish
https://www.radioworld.com/news-and-business/first-person-a-day-with-sangham-radio
A Radio of their Own: film
https://www.youtube.com/watch?v=VS7rjvJ7y2I
Recent articles in newspaper
https://www.thehindu.com/news/national/telangana/crowdfunding-plea-to-save-dalit-womens-radio/article24739509.ece 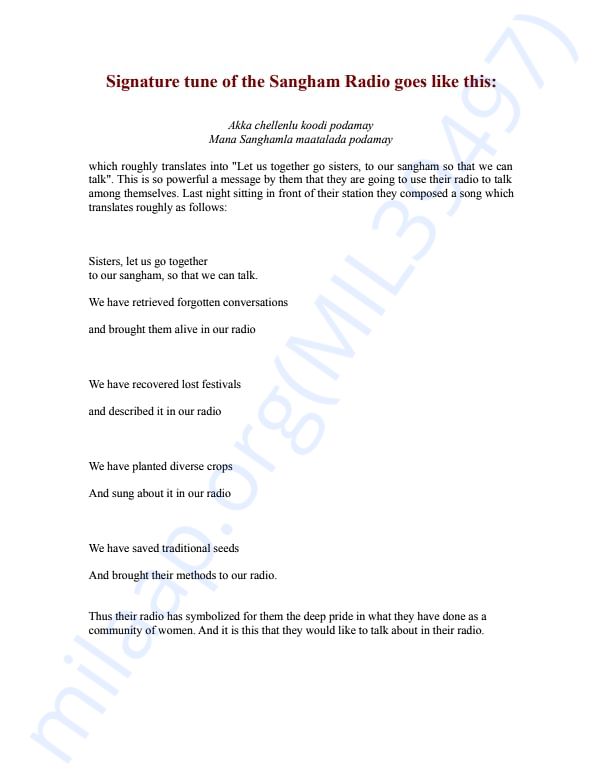 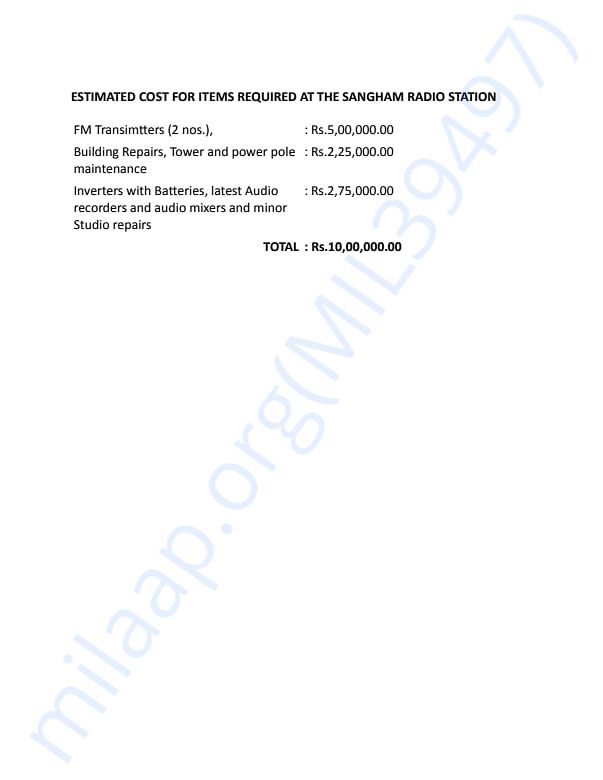 Here are the latest updates: We have purchased new transmitter and few more have to be done and are under process. Please keep supporting and sharing the campaign with your friends and family.

Thank you for all the love and support. We are truly amazed by the response we have received.

Here is an update: We have purchased a 50 Watt FM Transmitter and 2 Polarized VHF antennas for the set-up. Please keep supporting and sharing the campaign with your friends and family.

Thanks
On behalf of Sangham Radio, we would like to express our sincere and heartfelt thanks for your generous contribution. We are truly consoled on seeing you hold our hands in our hard times. Your kind support to Sangham Radio has once again encouraged us to continue broadcasting the needful programmes within our communities and this will help us to continue our mission we started 20 years ago.

The generous support of individuals like you provides Sangham Radio a secure place where the mainstream media is on its mission to make rural populations slaves to the most damaging content for its commercial interests.

Thank you once again

Donated to this campaign via Paytm? Click here if you can’t find your donation listed below.
A
Anonymous donated $10

I hope you reach your goal. I want to donate more but as a student this is all I can manage for now. Will surely donate more by next year. All the best and good luck :)

Sangham should be alive and kicking

Donated to this campaign via Paytm? Click here if you can’t find your donation listed below.
A
Anonymous donated $10

I hope you reach your goal. I want to donate more but as a student this is all I can manage for now. Will surely donate more by next year. All the best and good luck :)

Sangham should be alive and kicking

You are sending a message to
Deccan Development Society
Go back 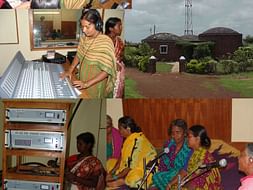